It's late at night, your eyelids are drooping, and all the signs suggest you should go to bed. However, you're three episodes deep into your favourite TV show, and the last episode has finished on a cliffhanger. As the credits roll you contemplate getting up and brushing your teeth - but the next episode begins automatically, and you're transfixed for at least another hour.

If this scenario sounds familiar, you're not alone. According to research by media watchdog Ofcom, around eight in ten UK adults sometimes use streaming services to watch multiple episodes of a series back-to-back, and 55% do so at least once a month.

How to become more flexible

Of those in the latter category, nearly three quarters said their viewing pattern was sometimes unintentional, while a third (around 10 million Brits) have lost sleep because they were binge-watching TV. This issue is particularly acute in younger people. Nearly half of the 16-24 year-olds surveyed said they were trying to cut down their viewing in some way.

So with binge watching firmly embedded in our culture ('Binge-watch' was even named Collins' Word of the Year in 2015), how is it actually affecting us? And are there ways to get our fix without negatively impacting our health?

Dr Neil Stanley, an independent sleep expert, believes the answer is very simple: we need to get better at moderating our consumption.

"It's far better to watch one episode a night, every night, than to watch ten back-to-back and fall asleep during the last one," he says. "I know the streaming services make it difficult by leaving no gap between episodes, but why not just switch the TV off and spread it out? You can't compress sleep without paying the price."

The research is on his side. In a recent study in the Journal of Clinical Sleep Medicine, people who identified as binge watchers were 98% more likely to experience poor-quality sleep.

This is due in part to the type of shows being streamed. Often, these programmes have suspenseful, immersive storylines, which draw you in and leave you unable to 'switch your brain off'.

On top of this, staring at a screen before bedtime can muddy the natural biological signals that it's time to go to bed. Screens emit blue light, which suppresses the body's release of the hormone melatonin, interfering with shuteye. It's therefore best to avoid all screens (your phone as well as your TV) for at least an hour before bed.

"Your body likes regularity - getting up and going to bed at pretty much the same time every day," says Dr Stanley. "If you’re binge-watching, you’re going to be shifting your bedtime significantly across different days."

He adds that it's best to keep screens out of the bedroom, reserving the bed for sleep and sex. And if you must watch TV before bed, you should opt for something that's not too cognitively arousing.

"Watching a couple of episodes of an inoffensive sitcom is going to be preferable to watching the Exorcist," he says.

How it affects your eyes

One piece of good news, when it comes to binge-watching, is that it's not going to damage your eye health permanently. Despite what your mother may have told you, the worst you're likely to experience is some temporary eye irritation.

"It may cause dry eye as people, absorbed in what they're watching, forget to blink," says Farah Gatrad, clinical and regulatory officer at the Association of Optometrists. "This is also often a time that people notice if their distance vision might have deteriorated and that undiagnosed problems may come to light. However, these will be pre-existing conditions and not caused specifically by watching television. You should consult an optometrist if you feel you are experiencing any problems with your vision."

If you find that watching TV leads to eye strain, there are several practical strategies that may help. You could dim down the lighting on your screen, reducing the contrast with the rest of your environment. Or you might even wish to upgrade to a bigger screen, making it easier to focus.

Of course, most people are able to binge-watch occasionally without feeling like it's taking over their lives. Around 70% of the adults surveyed by Ofcom said they found the practice relaxing and enjoyable, with only 22% saying it had made them feel guilty for not doing something else.

However, some studies have found associations between high levels of TV consumption and poor mental health. In one American study, self-proclaimed binge watchers reported higher levels of stress, anxiety and depression, with the authors concluding that 'binge-watching is a growing public health concern that needs to be addressed'.

People may also talk colloquially about being 'addicted' to Netflix. Whether or not you can truly be addicted is a matter of some debate. However, if binge-watching is causing you to withdraw from other pleasurable activities or neglect your responsibilities, it may be wise to revise your viewing habits.

"It's about having a grown-up perception of technology," says Dr Stanley. "We're acting like we're children with a chocolate cake, thinking we can eat and eat till we get sick. Streaming services are designed so as to give you that instant hit."

Dr Richard Graham, an adolescent consultant psychiatrist, heads up the technology addiction service at Nightingale Hospital London. He says it's important to restrict the time children spend using technology, to prevent them from forming an unhealthy dependence.

"As technology is an integral part of our everyday lives it is important that a good relationship habit is established," he says "When electronic devices start to have more influence over behaviour than anyone else or anything else, that is the moment when really you need to start changing things."

Listen to your body

Of course, if you're determined to plough through Stranger Things in one sitting, you're probably going to feel groggy the next day no matter what. However, there is plenty of common sense advice you can follow to mitigate some of the negative consequences.

Since sitting for long stretches of time is notoriously bad for us, it's important to take regular breaks, perhaps taking the end of an episode as a cue to get up and move around.

It's also sensible to moderate your snacking levels, doing your best to eliminate the mindless eating that can accompany binge-watching, and placing that family-sized bag of crisps out of reach.

As Dr Stanley explains, the most important thing is simply to listen to the body's cues, rather than being seduced by the lure of another episode.

"If we're yawning and our eyes are drooping and we find it difficult to focus or pay attention, we should be taking that as a strong sign it's time to sleep," he says. 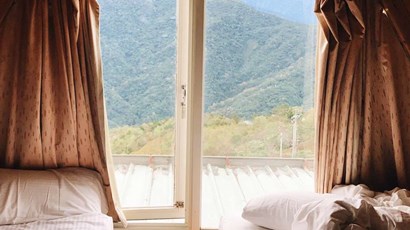 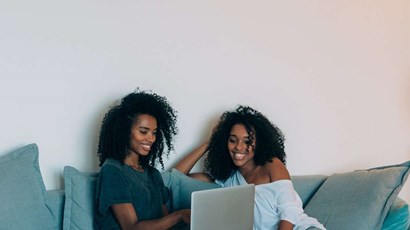 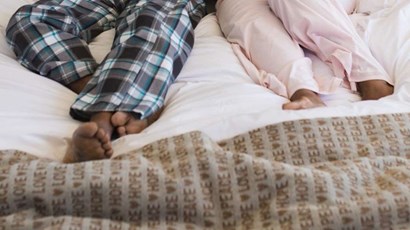