How does having a stroke affect your sex life?

Sex plays an important role in many people's lives and relationships, helping them feel closer to their partner and explore their sexuality. But after a potentially life-changing event like a stroke, can your sex life get back to normal?

When she was 34, Jenny had a stroke which left her with physical and cognitive changes that she is still learning about today. But she also experienced changes in her relationship with Chris, her partner of ten years. At the time of the stroke, they had been on the brink of trying for a second child.

"I missed him, even though he was right there"

"My love, my partner, father of our child, and now, my carer. This is not what he signed up for. Overnight I had gone from being me to someone unrecognisable to either of us," says Jenny.

"Our relationship changed and evolved into something different. From being a confident leader, mother, equal partner and independent woman, at that point I had lost my identity. We weren't as close as we had been. Everything had become very practical; it was survival. I missed him, even though he was right there."

"I don’t think we had sex for the first year. The bedroom became the place where I rested. Chris would use in the spare room so I could sleep better," she explains. "Having lived physically very separately for months, my sleep, healing and rest taking priority over anything else, it was awkward to start. We'd forgotten how to physically be close together."

For Jenny and Chris, learning how to be intimate again happened in stages. Couples counselling helped the pair acknowledge how Jenny's stroke had impacted their relationship, relearn how to communicate and work through their fears together, which was especially important as they still wanted to try for a baby.

"We needed to learn how to hug first before anything more intimate beyond that. Even being naked together was something strange. When it happened it was very tentative," she says.

"It was a bit like a reintroduction. I had lost my confidence in the bedroom. Together we had to figure out how it all worked again. It took several months to get confident. We were still very aware that I got very tired."

Jenny and Chris have since had another child and have found new ways to be close to each other.

Scared to have sex

Jenny isn't alone in her experiences. More than 100,000 people have a stroke each year in the UK, and a quarter of these are aged 18-64. And research from the Stroke Association shows that more than half (57%) of stroke survivors say their sex lives have changed since their stroke.

Tellingly, a third (32%) of the respondents to their survey said that they were too scared to have sex, with some fearing that another stroke may be brought on by having sex.

"After having a stroke, people have a thousand questions about how it will affect their lives but many may not feel able or confident to ask about sex," says Bridget Bergin, Executive Director of Stroke Support at the Stroke Association. "So it's important that healthcare professionals working with stroke survivors reach out and break the ice, encouraging people to explore these aspects of their recovery.

"As a stroke survivor, it's OK to have sex, unless your doctor tells you otherwise. Sex, like other forms of physical activity, can raise your blood pressure. However, this is unlikely to be a problem except in rare cases. If you are concerned, check with your doctor."

The Stroke Association also provides support on sex after stroke on its website and helpline.

"After my stroke my confidence was very, very low. I had always felt voluptuous, curvy and sexy. Now I didn't have any of that. I felt like a woman squashed," says Jenny. She felt physically vulnerable, afraid of anything which would prolong her recovery or trigger another stroke. "I felt I was made of glass; I couldn't be touched in fear of breaking again. I was very protective of my neck because it was still healing."

It's not uncommon for stroke survivors to experience depression, anxiety, stress and frustration following their stroke. And having to adjust to life after stroke can take its toll on mental health. Mental health conditions themselves impact libido, energy levels and confidence.

"When someone has a stroke, their life changes in an instant and it's very common for it to affect your relationships, including your sex life. It's not unusual to feel low or depressed after a stroke, and this can make you feel as if you have lost interest in sex," says Bergin.

Worries about body image and desirability can also affect your mental health. Those who feel that their intimate partner has become their carer may think that their partner won't be attracted to them anymore or that their attraction may have changed. One in five respondents to the Stroke Association's survey said they feel as if their partner doesn't want to have sex anymore.

Those who face physical disabilities or mobility limitations after a stroke may find that this impact is even worse. Almost one in three stroke survivors who say their sex lives had changed said that it would be difficult to have sex.

But if you want to continue having sex and you've been told it's safe to do so, there's no reason you should hold yourself back. Some people may need couples counselling or physical therapy to get there, but as Bergin explains, "With the right support and therapies, you can overcome the challenges you experience in your intimate relationship after stroke." 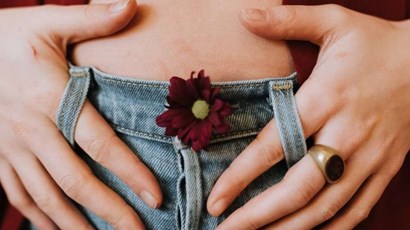 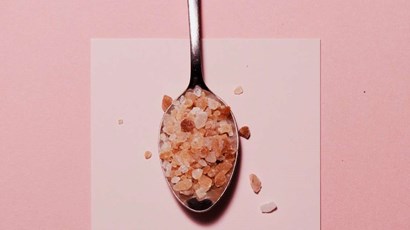 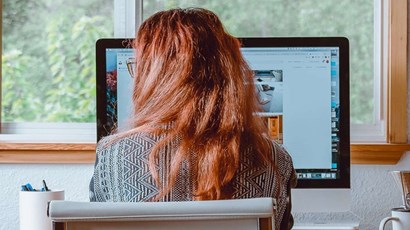 Some time ago I had a strange sensation which I cannot find the medical language to describe. It was a rapid pulsing sensation without pain which lasted for several minutes. A week or so later I had...