Pregnancy loss is often a difficult subject for people to talk about, yet our silence leaves many women struggling to find support or recognition of their grief. But partners, too, are going unacknowledged in their struggle after a miscarriage.

Many women will tell you they became a mother the moment they saw a positive result on a pregnancy test. So it comes as no surprise that losing a pregnancy can be completely devastating.

According to a study examining the psychological impact of early pregnancy loss, one in six women experience long-term post-traumatic stress disorder (PTSD) following a miscarriage, and a quarter of women develop moderate or severe anxiety.

The study's findings hit the headlines in January, and undoubtedly shone a much-needed light on the trauma of miscarriage, defined as the loss of a pregnancy in the first 23 weeks. It prompted calls to urgently improve the care women receive after experiencing a miscarriage.

That can only be a good thing. But support for partners is also desperately needed, since they, too, suffer the anguish and grief of miscarriage, yet are so often forgotten in the aftermath.

Darren was over the moon when his wife, Anna, fell pregnant in the summer of 2014. Parents to a two-year-old son, they were excited at the prospect of welcoming another addition to their family.

"Nine weeks into the pregnancy, I received a phone call at work from Anna saying she had some bleeding," Darren recalls. "I was naturally concerned, but I felt it was my role to be strong for Anna."

She went to see her GP and was referred to the local hospital for a scan, where the couple received the news they dreaded. "We were gently informed that there wasn't a heartbeat. I remember an overwhelming feeling of emptiness and I couldn't stop the tears running down my cheeks. We had entered the clinic with a baby and left without."

The emptiness Darren describes is not uncommon. Partners of women who have miscarried often experience feelings of grief, sadness and loss. Yet, according to the Miscarriage Association, as many as a quarter don't talk about it with their partner - typically for fear of upsetting her more or saying the wrong thing.

Finding support from other people can be even more challenging, says Ruth Bender Atik, the organisation's national director. "Quite often, partners have a hard time after loss because they feel very alone, like there's nobody out there who understands or who will listen," she says.

"The first step is for people to feel able to be open if they can, but it's important to recognise that people don't always want to - and that's true both for women and their partners."

With a close family around him, Darren was fortunate enough to find the solace he needed - and the couple's two-year-old son helped to keep him positive. "We were both aware of how lucky we were to have our beautiful boy, and he was a fantastic distraction," Darren comments.

But when Anna fell pregnant again, Darren - like countless parents following loss - had mixed emotions. "We both desperately wanted another child, but we didn't want to feel like we were replacing the baby we lost. It was an anxious time; we were fearful that we'd go through that loss all over again."

Despite the pregnancy being fraught with worry, the couple welcomed a healthy baby boy in June 2015.

Everyone experiences a miscarriage differently. Whether it's early on or late in pregnancy, a sh...

For many people, however, a happy ending isn't forthcoming. Around one in 100 women in the UK experience recurrent miscarriage - the loss of three or more pregnancies in a row.

Around 60% of women who have suffered recurrent miscarriage go on to have a successful pregnancy. And while that's encouraging, it means that around 40% don't.

Jamie, who's 40, has supported his wife through four consecutive miscarriages. Two of the pregnancies were spontaneous or 'natural' conceptions; the other two, the result of a total of five rounds of IVF treatment.

"We'd been trying for 18 months to get pregnant so, although our first miscarriage was obviously sad, for me it at least meant we could get pregnant," he says. "We’d heard all the statistics about how getting pregnant signals a greater chance of maintaining a successful pregnancy in future."

On the balance of probability, that's true. Around 85% of women go on to have a healthy pregnancy and carry to term after a single miscarriage.

But as time went on, and loss followed loss, Jamie's hope was slowly eroded, resentment and despair replacing it. "I started feeling bitter. The charade of pretending to be happy to hear about others getting pregnant became completely draining."

For many people affected by recurrent miscarriage, the cumulative impact of such profound loss is intensified by remaining childless not by choice.

The experience opens up a whole new realm of disenfranchised grief - loss that isn't openly acknowledged or widely supported - because you're mourning something you never really had and possibly never will. So, all too often people suffer in silence and grieve alone.

For Jamie, his anguish is made easier to bear by a support network of understanding friends and family. "On the whole, people are happy to talk to me about it," he says. "They haven't tried to avoid us or 'give us space', and that helps.

"Some friends who have fallen pregnant have been thoughtful enough to pull us aside and tell us the news first, which has helped us both a great deal - to know people are sensitive to our feelings. It makes it easier to open up about what we've been through."

And when people talk, others can find comfort, too. The Miscarriage Association has a wealth of resources aimed specifically at partners. "Reading other people's stories can itself be enormously helpful," Ruth highlights.

"I don't tell people they should talk to somebody, because some people simply don't want to, and we must respect that. Instead, we try to support people to think through what might be helpful for them."

You can find more information and advice via the Miscarriage Association and Tommy's. 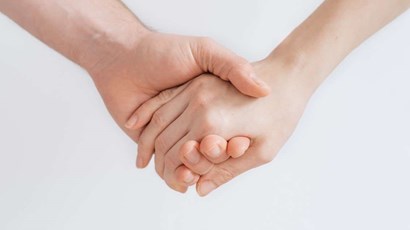 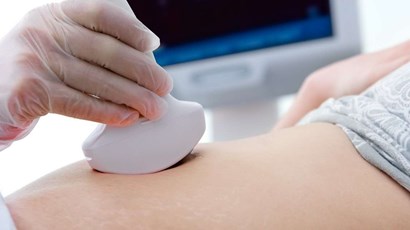 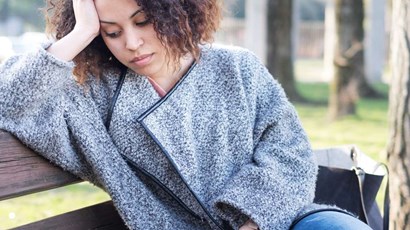 I’ve spent a majority of my day in tears. I found out today that my after 2 years of every month trying, and my 4th IUI, it was a failure again. The nurse sat down and talked to me openly and said “I...