Eye floaters are usually thought of as a nuisance rather than a chronic condition. But for some people they can significantly affect quality of life. So how do you learn to live with them - and what are the treatment options?

Last summer, David, 24, was cycling through his hometown when what looked like a giant, magnified tapeworm appeared in his central vision, against the blue sky. It was accompanied by strange shadows, which looked to him like fast-moving mosquitoes, dark smudges and lines. Despite their appearance, these were not parasites. David had developed severe vitreous opacities, otherwise known as eye floaters.

"Eye floaters are caused by small particles of collagen within the vitreous gel at the back of the eye," explains consultant ophthalmologist and cataract and vitreoretinal surgeon Niall Patton."[These] become visible to the patient as they cast a shadow over the retina, particularly as they move the eye."

Eye floaters are often a normal part of ageing and are usually a nuisance rather than a chronic condition. But, emphasises Patton: "In a small minority of patients, for reasons we don't fully understand, these floaters cause severe symptoms and can significantly affect patients' quality of life."

"At first I didn't look at the floaters too much - I thought this would just go away," says David. When after two weeks the floaters worsened, he saw his optometrist, who told him he would just have to learn to live with them. "I became really depressed. I work a lot in front of the computer and it's a nightmare since they are even more apparent [against bright screens]. I'm seriously considering changing career because of the floaters."

Should you worry about your eye floaters?

"When a patient comes to you specifically enquiring about treatment options for their floaters, in general they must already be sufficiently troubled by them," Patton reveals.

But if your floaters are new or have changed suddenly, it's important to see an optometrist or ophthalmologist to rule out rare but sight-threatening issues, including retinal detachment and retinal tears.

How to live with floaters

Optometrists often say you will get used to eye floaters, which in many cases is true. Though initially alarming, when patients realise they are not sight-threatening, many are able to eventually forget their existence.

Rule out or treat underlying anxiety

Studies have shown that psychological distress is more common among those with eye floaters. Patients often become anxious as a consequence of the condition - and that anxiety increases the perception of floaters.

Stress is also thought to increase the occurrence of eye problems. It can, therefore, be worth exploring ways of reducing your overall anxiety and stress levels through mindfulness and self-care. Speak with your GP to discuss your options. By treating anxiety, floaters will not disappear. But it may help you see past them.

It's harder to control external environments, but many people feel more comfortable wearing sunglasses or tinted glasses, through which eye floaters are often less noticeable.

How to manage your symptoms at work

Bright office lights and clinical white walls are particularly problematic for those whose vision is clouded by vitreous opacities, and it can be distressing working on a computer.

It's important to communicate to your employer when you need adjustments. No one will know you are struggling until you tell them. Perhaps board meetings can be held in a darker room, or you can get an app to turn down the brightness of your monitor; maybe your boss will let you work some days from home.

"There are solutions out there for floaters, and patients should never despair," says Patton. "They should also take their time in making any decision regarding how to manage their floaters."

Depending on the impact the condition has on life quality, some people will consider YAG laser or vitrectomy surgery. Both come with their respective risks, and it's important to be well-informed of these before rushing into treatment.

A non-surgical approach to treating eye floaters, vitreolysis appeals to patients because it's less invasive than a vitrectomy, and can be carried out in a doctor's office. It entails lasering large floaters, therefore reducing them in size so they are less obstructive.

Posterior vitreous detachment (PVD) occurs when the eye's vitreous humour (the clear fluid in the eyeball) peels away from the retina entirely, often as a result of ageing. The condition causes a much larger, ring-shaped floater (the Weiss ring).

"YAG laser (vitreolysis) can be particularly effective in patients when they have a PVD and have an evident 'Weiss ring' as the cause of their symptoms," says Patton.

"Whilst in my experience these patients are a small percentage of the overall 'severe floaters' population, YAG laser may improve symptoms in 50% of this group. But it's important to know that approximately 25% of patients experience either no improvement, or worse symptoms following the laser."

A vitrectomy operation involves making small incisions in the white of the eye. The vitrous humour is then removed and replaced with saline solution. A routine vitrectomy lasts approximately 30-60 minutes and can be performed under local or general anaesthetic. Most patients are able to return to work within two weeks.

"Surgical vitrectomy, whilst very successful at removing or significantly alleviating floater symptoms, carries a risk," cautions Patton, though. "One should only consider undertaking that risk if you feel your quality of life is significantly affected."

Risks of the operation include infection, inflammation, bleeding and bruising around the eye. Patton also points out that many patients develop a cataract following this type of surgery. The cataract may be removed during the operation or afterwards as a separate procedure.

Before committing to a vitrectomy, it's important to discuss your particular situation with a surgeon and weigh up the risks. But despite the risks associated with vitrectomy, patient satisfaction following the procedure is generally high. 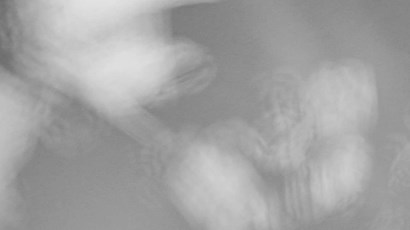 It all started 2 months ago i noticed i had a dark spot in the top left corner of my vision of my right eye. it wasn't big enough for me to notice when i had both eyes open. Little by little its...