Today's children are increasingly having to have multiple rotten teeth removed, according to recently released NHS spending data. It's a concerning state of affairs.

Whilst access to dentists has been considered to be partly to blame, most authorities feel that the explosion in the sugar content of foods and drinks is the main factor. Urgent action needs to be taken to save our children's teeth.

In the teeth of an epidemic

I actually don’t mind a trip to the supermarket. It makes a nice change from being glued to a computer screen. However, I do get wound up when I get to the breakfast cereal aisle. It's not that I have an innate fear of cornflakes, but when I see row upon row of sweets disguised as morning fodder for the nation's kids it really leaves a sour taste in my mouth.

As a GP, I do wonder what a daily bowl of chocolate with a thin coating of cereal is doing to their waistlines and general health. But what I should apparently be worrying about is what it is doing to children's teeth.

Recently released NHS spending data show that, in 2016-17, 42,911 hospital procedures were performed to remove multiple teeth from patients aged 18 years and under, at a cost of more than £36 million. This was an increase of almost a fifth (17%) in the number of extractions performed on young people over the past four years, up from 36,833 in 2012-13.

The Local Government Association (LGA), which represents 370 councils in England and Wales, and has a remit to protect public health, has calculated that hospitals carry out 170 operations every working day to extract teeth from children and teenagers.

Izzi Seccombe, chairwoman of the LGA's community well-being board, said: "These figures, which have risen sharply, show that we have an oral health crisis and highlight the damage that excessive sugar intake is doing to young people's teeth."

A dead tooth can do more than ruin your smile - it can be a source of pain, discomfort, and emba...

There's no getting away from the fact that sugar addiction is almost certainly to blame for this crisis. Apart from breakfast cereals, we are plying our children with foods and drinks which contain enormous quantities of sugar.

I'm no saint in this respect. What happens at Grandad's stays at Grandad's; there’s nothing better than treating a child with a bar of chocolate and a glass of cola.

And sometimes, even what we think are healthy foods or drinks are laced with hidden sugars. Often, we have absolutely no idea how much sugar these items contain. The LGA says that limiting the amount of sugar in soft drinks and putting teaspoon labels on food to indicate the amount it contains would help slash consumption.

Professor Russell Viner, officer for health promotion at the Royal College of Paediatrics and Child Health, points out that tooth extraction is not a minor operation.

"There's the operation itself to consider," he says. "The anaesthetic, along with its associated risks as well as the anxiety operations cause children and their families. As many of these operations are due to the food and drink children consume, they are completely preventable and pose an unnecessary financial burden on our overstretched NHS."

So what is the Government doing about it? Not much, according to Mick Armstrong, a dentist in Yorkshire and Chairman of the British Dental Association. "These statistics are a badge of dishonour for health ministers, who have failed to confront a wholly preventable disease. Tooth decay is the number one reason for child hospital admissions, but communities across England have been left hamstrung without resources or leadership."

To be fair, NHS England has launched Starting Well, a campaign targeted at high-need communities to help children under 5 years of age see their dentist earlier and improve their dental health.

"NHS England is working with the dental profession to help an additional 70,000 more children see a dentist before they reach their second birthday," said an NHSE spokesperson.

That's all well and good, but while dentists can give dental health advice, there's no guarantee that people will listen to them. You can lead a horse to the water but you can’t stop it from drinking a fruit smoothie (average three teaspoons of sugar per 100 ml according to a survey of supermarket products).

The issue was debated in the House of Lords on 18 January 2018, and whilst their Lordships and Ladyships, (some of whom were retired dentists) focused mainly on fluoridation and access to dental services, they did make passing reference to the sugar problem.

This is not enough. If the Government does not take urgent and decisive action to outlaw the number of products containing unnecessary amounts of sugar on the supermarket shelves, we will end up with a generation of young people who will need dentures when they are barely out of their teens. That will be a real kick in the teeth to parents everywhere.

What can I do to protect my children's teeth?

Remember that there is a difference between fruit juice drinks with added sugar and fruit juice. Juice made from liquidising whole fruit contains free sugar but no added sugar. The Department of Health recommends up to one 150 ml portion of pure juice with meals. It can count as one of your child's '5 a day'  as it does contain vitamins, minerals and phytonutrients (nutrients found in plants which are beneficial to health).

Remember that 'designer sugars', such as agave syrup and honey, are no better for your child's teeth than ordinary sugar, and are more expensive.

Fluoride toothpaste helps to protect against tooth decay (just a smear before the age of 3 years, a pea-sized blob from 3-6 years).

Teach your child to brush their teeth properly.

Take them to the dentist

Make sure your child has regular dental checks, as soon as they get their milk teeth. 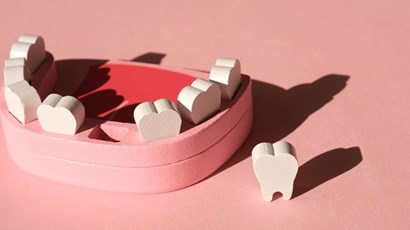 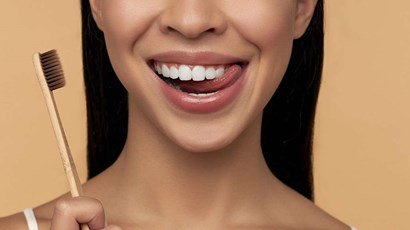 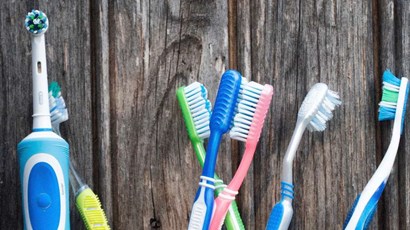 Hi i had unprotected sex 3 months ago , i had all stds tests and it showed negative for all , i was wondering if this is ohl and i have to redo the tests.note: I do bite my cheeks alot i dont know if...

Notes on How to protect your children's teeth
Share
https://patient.info/news-and-features/how-to-protect-your-childs-teeth
Copy link Copied