Sleep tracking tech is becoming more popular, but will it really solve your insomnia? Abi Millar puts one device to the test.

When my heart rate monitor arrives in the post, I can’t deny I’m intrigued. This small wearable device - which will be affixed to my chest for three days and three nights - promises to give me a complete 'lifestyle assessment', including estimates of my stress levels, fitness and sleep.

I stick the Firstbeat device to my skin with two electrodes (one on my right side just under the collarbone, one on my left side on the ribs) and go about my day. It’s a little obtrusive, but not uncomfortable, and is easily concealed under a baggy top.

I’ve chosen a three-day period that I hope might represent a good snapshot of my life. The first day, a Thursday, ends up being a fairly standard weekday, with typical amounts of work, exercise and sleep. The second day is more stressful workwise, so I drown my sorrows with some Friday drinks. The third day, a Saturday, is spent relaxing at home, but in the interests of shedding my hangover I also fit in a longish run.

After posting back my device, I receive an email from the company containing my Lifestyle Assessment. The results are a goldmine to anyone interested in the so-called 'quantified self'. Using data about my heart rate variability (the variation in the time interval between consecutive heartbeats), the report is able to estimate everything from my calories burned to the restorative quality of my sleep.

While some of the report is in line with what I’d expected, other aspects suggest that subjective perception and physiological data are sometimes misaligned. For instance, my greatest 'stress' responses were shown not during that busy workday, but during the drinks on the Friday night. What's more, my sleep quality that night (which I remember as being fine) registers here as pretty terrible – only 9/100, compared to 86/100 the next night when I’d had nothing to drink.

"This is very common - we say that one unit of alcohol equates to one hour's loss of sleep in terms of recovery," says Firstbeat's Katie Patman, when she calls me up to explain my results. "You might feel like you’ve had quite a good sleep after being knocked out by alcohol, but your physiology is saying something different - while your resting heart rate while you were asleep was extremely low the other nights, here it's quite elevated with some high stress peaks."

She adds that what the report calls 'stress' is really more about being stimulated, and isn’t a bad thing in and of itself. However, it's important to find a good balance between stress and recovery.

"On the summary page, we have a 'body resources chart' where you see a line go down and up depending on how stressed or recovered you were in that state," she says. "So as long as you’re recharging and getting back to the start level, that's a good day - you've put in as much you've got out."

A gene which is linked to feeling fully rested after just a few hours of sleep has been identifi...

Does sleep tracking serve a purpose?

Curious about my bad night's sleep, I call up Neil Stanley, a sleep expert, to ask him what he thinks of sleep trackers. He is sceptical, pointing out that you know if you’ve slept well or not - you don’t need a device to tell you.

"While they’re good for tracking sleep over a period of time and showing patterns, they can give you anxiety about your sleep and stop you listening to your body," he says. "People might look at their tracker and say, oh I had a good night's sleep, I can drive to Aberdeen; rather than thinking, do I feel up to being able to drive to Aberdeen?"

Most of the sleep trackers on the market, he says, are based on a technique known as actigraphy, which was developed by the US military. They are useful for calculating the amount of sleep you have and whether there were any disruptions, but can’t tell you with any accuracy whether that sleep was light or deep. Similarly, heart rate variability technology is only a surrogate for measuring sleep.

"It uses predictions rather than actually measuring sleep," he says. "And it can probably guess the difference between deep sleep and REM sleep, but it’s only ever making an estimation."

He thinks that while these devices can be useful over the long-term - for example, comparing your data this month with your data last year - they should be used to assess overall trends rather than guiding our day-to-day decisions.

"You might be downhearted by the results rather than saying OK, I had a bottle of wine last night and that's not going to help me sleep as well as hoped. We're reading too much into the data," he says.

Delving into the activity data

All this said, I find the data pretty eye-opening - it gives some context as to why I feel so terrible after a night on the tiles. And the fitness geek in me is excited to see my activity data. This includes a breakdown of my workouts, a step count and an estimated VO2 max (a measure of cardiovascular fitness).

According to Firstbeat’s Nigel Stockill, a sports scientist, the device has been used by everyone from couch potatoes to elite athletes as a means of setting fitness targets. Borrowing algorithms from sports science, the report grades your workouts between one and five, with a one being very gentle exercise, and a five being 'temporary overreaching'.

"If we’re looking to improve our cardiorespiratory fitness, the higher up that spectrum the better; whereas if we’re just looking to maintain our fitness, a two or three is fine," he says. "Your long run on the Saturday was a five, which is very good for getting maximum benefits, but you need to be wary about doing too many workouts at this level. Two or three a week would be fine and then the rest of your training should be at lower intensities, along with some strengthening and stretching."

Why use a lifestyle assessment tool?

As Katie tells me, some of Firstbeat’s clients do the assessment as part of a corporate project. For instance, a company might find that a lot of its employees are continuously stressed or aren't moving around enough. That may form the basis for a workplace wellness initiative.

Others, like me, do the assessment through personal interest, with a view to reaching their health and performance potential. Following a coaching call with Firstbeat, users can set lifestyle goals ('follow a realistic work schedule', 'go to bed earlier', etc), and might conduct another assessment further down the line to see if there's any difference.

"If anyone has a particularly bad report that highlights some other issues, we would refer them to their GP," says Katie. "We don’t claim to be a medical tool in any way, but it's a good tool to maybe wake up and see how you're doing."

It's an important caveat. Lifestyle assessments are no substitution for medical advice, and while the underlying technology is often very sophisticated, they can't do much more than provide an estimation.

Then there is the larger, philosophical, issue with the quantified self-movement, alluded to by  Stanley - are step counters and sleep trackers engendering a reliance on technology and a disconnection with our own bodies?

For my own part though, I found this a really useful insight into how my body responds to day-to-day pressures. And I’ll certainly say no to that fourth glass of wine if I'm hoping to have a good night's sleep. 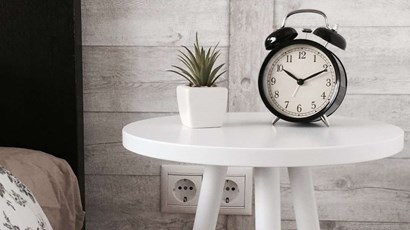 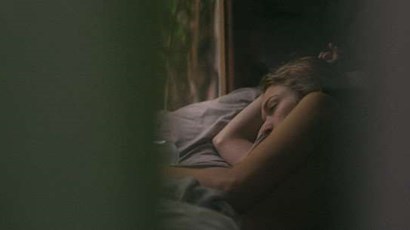 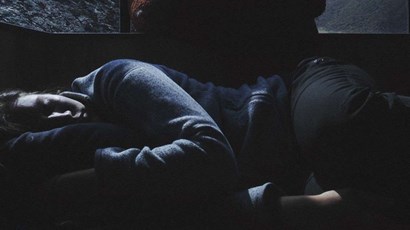 Hello and thank you all for taking the time to read my post. I'm here in desperate search of help, I'm thirty four years-old and developed a fear of sleep when I was nineteen years-old after a major...