Have winter blues got you down? If you’re someone affected by seasonal affective disorder (SAD) then you understand how difficult this time of the year can be.

When the days begin to shorten, many people find themselves spending less time outside. These darker days can cause some to feel depressed and have less energy. But does winter really lead to low mood? We take a look at the evidence.

What is seasonal affective disorder?

Seasonal affective disorder (SAD) occurs when you develop symptoms of depression such as sadness, low energy, irritability, and fatigue during particular months of the year.

SAD typically begins and ends about the same time each year. For most people, that means symptoms show up in mid to late autumn and last until springtime. But there is a group of people who also experience SAD in the summer months. While not as common as wintertime SAD, those who deal with it in the summer experience similar symptoms.

Women are affected more than men, and SAD is more likely to occur if you or a family member have depression. It also occurs more frequently in younger adults than in older adults.

The diagnosis of SAD is based on you having episodes of depression which have occurred at least two years running during the winter months and with no symptoms during the spring.

But is SAD a real condition?

SAD is a common type of depressive disorder that doctors and psychologists treat with various forms of therapy and medications. However, psychologist Dr Matthew Ventimiglia, from Detroit Medical Center, points out that in 2016, a study published in Clinical Psychological Science - based on research conducted through the Centers for Disease Control and Prevention (CDC) - questioned the existence of seasonal depression entirely. This study disputes the existence of SAD, stating that it is not a 'real' diagnosis.

The researchers examined the potential relationship between depression and sunlight exposure. And results suggested there was no link between light, season or latitude with depression.

The scientists explained that depression is an episodic disorder and people may experience depressive episodes in the autumn and winter months. But that being depressed during winter is not evidence that one is depressed because of winter. They concluded that seasonal depression is more a creation of 'folk psychology' rather than a valid condition. However, the researchers did state their work cannot rule out the possibility that major depression with seasonal variation exists for a small minority.

Even though this study provided research against SAD, it is still considered a very real and treatable condition by many professionals. Let's explore the evidence in its favour.

What does winter have to do with depression?

We do know that light is very important for health. Certain hormones in the body respond to light and research has shown that your brain needs it to control your body clock.

"Throughout the winter, we are less exposed to the sun because the days are shorter due to winter solstice and daylight-saving time," explains Dr Francisco Cruz, lead psychiatrist at Ketamine Health Centers in Florida.

He says that your circadian rhythms (sleep/wake) cycle are altered by the shift in daylight. Therefore, the signals to the hypothalamus, a section of the brain that controls one's circadian rhythm, are interrupted.

“When it's dark at night, your eyes send a signal to the hypothalamus that it's time to feel tired. If by 5 pm the sun begins to set, it's bound to interfere with the body's alert levels," Cruz explains.

Since this is a seasonal disorder, you might start noticing mild symptoms in the late autumn. Often, these symptoms get worse as the months go by until they subside in spring. Symptoms tend to be worse in December, January, and February.

How to deal with SAD

The National Institute for Health and Care Excellence recommends that SAD be treated in the same way as other types of depression. This includes 'talking therapy' or psychotherapy such as cognitive behavioural therapy (CBT) or medication such as antidepressants.

In addition to a professional treatment plan that may involve psychotherapy and/or medications, there are several 'home therapy' options that may help relieve the symptoms of SAD.

Self-care is an important part of managing SAD. Here are some things you can try on your own:

Also called phototherapy, this treatment involves sitting in front of a special bright light for a specific amount of time each day. The National Institute of Mental Health recommends sitting in front of the box, first thing in the morning, for 20-60 minutes. This should be done from early autumn until spring. Light therapy is a popular treatment for SAD, but it's not clear whether it's effective or not.

Get outside as much as possible

The lack of sun exposure is part of what causes SAD, so it's important to spend some time outside. Even a brief lunchtime walk can be beneficial.

Sit by the window

If mobility issues prevent you from getting outside, you can always keep your blinds open and sit by the window.

Regular exercise can boost your mood if you have depression, and it's especially useful for people who have mild to moderate depression. Aim for 30-60 minutes a day, five days a week, of aerobic and strength training exercises. However, even 10 minutes a day of brisk walking can help. Getting outside for some of that time will help target the specific symptoms of SAD.

Focus on the positives

Cruz says one of the best ways to help omit elevated levels of depression is by shifting your focus on to the positive. Volunteer, make time to schedule a Skype call with a loved one who may be miles away, or simply go for a walk at the park.

Depending on who you talk to, the use of vitamin D in managing SAD ranges from no evidence at all to very detailed protocols using daily supplementation.

What most experts can agree on is there seems to be inconclusive research related to vitamin D deficiency in people who have SAD.

Cruz says that while a vitamin D deficiency may play a slight role in SAD, depression from low vitamin D levels is usually year round.

Don't self-diagnose SAD or try to manage your symptoms before talking with your GP first though. Dr Ventimiglia, says that even though light therapy and vitamin D supplements are recommended, it is best to consult with a professional because you may attribute your symptoms to SAD when another possible medical condition is the culprit.

When should you stop taking antidepressants?

Breaking the stigma of mental health 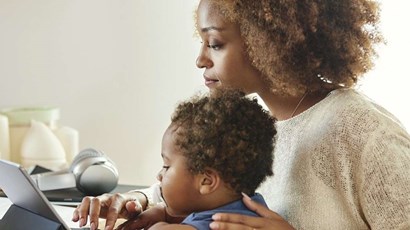 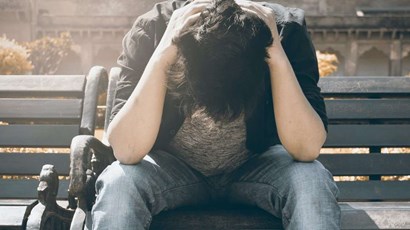 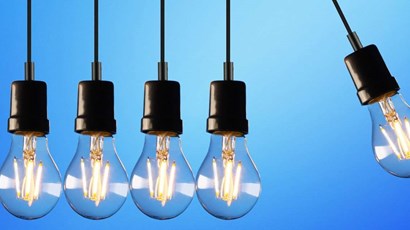 So to get straight to the point of been in a relationship for over a year. I keep thinking I'm bringing my boyfriend down by being mentally unstable and constantly crying all the time and constantly...

When should you stop taking antidepressants?