Even though Dry January can feel like a struggle, for some it offers a much-needed socially acceptable reason to take a break from drinking and reassess their relationship with alcohol. Is it just a temporary trend, or are more people staying sober for good?

Whilst many people will help themselves to a glass of wine after a long day, or a beer at the pub with friends, more and more of us are shunning alcohol entirely. Some drinkers may consider 'going sober' to be the preserve of those with a drinking problem or addiction. But taking some time to reconsider your relationship with alcohol is something that anyone can do, and not just in January.

"Consumed in moderation, alcohol can form part of an overall healthy lifestyle," explains Andrew Misell, Director for Wales at Alcohol Change UK. The guidance from the UK Chief Medical Officer states that adults should not regularly exceed more than fourteen units of alcohol a week, spaced out over several days, with alcohol-free days in-between.

"Alcohol use can become a habit - something we do without much thought - so it's always worth taking some time to reflect on whether we might want to drink less alcohol or drink it less often. One of the main aims of our Dry January campaign is to give people just such a pause for thought, and maybe get out of some potentially harmful habits," says Misell.

Ask yourself if you're happy with why, when and how much you drink. If you rely on alcohol to socialise, or drink to cope with difficult emotions, it might be time to question whether you're comfortable with this. Besides the physical health implications of alcohol, drinking can take its toll on your mental health and relationships - for example, if you find yourself losing time to hangovers, worrying about last night's events or fighting with loved ones when under the influence.

If you choose to change your drinking habits, that doesn't mean you have to go teetotal overnight. There's a growing movement of 'sober-curious' drinkers - people who are looking to reduce their drinking or explore sobriety, without a full drinking ban. Choosing only to drink on special occasions, sticking to a two-drink limit or simply being more mindful of what you're drinking and how it makes you feel can all help you to form a healthier relationship with alcohol.

Perhaps surprisingly, young people under 25 are the fastest growing group of non-drinkers. "The reasons for this are not clear," says Misell. "Some may be positive - like people feeling less need for alcohol and being more at ease socialising without it. Other reasons include the rise of new technology which may mean young people spend more time online and less time going out."

Yet, where under-25s might once have been first in line for a drink, more are now going for alcohol-free alternatives. In part, the growing appeal of 'wellness' trends on social media pushes young people and millennials to reassess every area of their lifestyles. Treating yourself well extends beyond a morning yoga class or the occasional green smoothie. It applies to every area of your life, including alcohol.

Naturally, there are a lot of health benefits to reducing your drinking, including improved skin, weight loss and reduced risk of certain cancers. But these might not be the main motivators for young people, according to Millie Gooch, founder of Sober Girl Society, an online community for sober and sober-curious women.

"For me and for a lot of young people who are rethinking their relationship with alcohol, the big draw is an improvement in mental health," she explains. "There are obviously the added bonuses of improved finance and productivity levels - but I think the idea that alcohol could be playing a key factor in anxiety levels is the biggest driver."

Prevention might well be better than cure when it comes to excessive alcohol consumption, but wh...

It's not just young people who are turning their backs on alcohol. "There certainly seems to be a lot more interest from a lot more people in cutting back on their drinking, or cutting out alcohol altogether," says Misell. "Over the last few years, we have seen a small but steady decline in the amount of alcohol being consumed in the UK." Since 2004, overall consumption of alcohol has decreased by 16%. Both the number of drinkers and the amount that individuals have reported drinking have also fallen.

So, is this just a passing trend? Or are sober-curious drinkers going to become the norm?

"I think the word trend is better used for things like skinny jeans or fidget spinners, whereas I think this is more of a movement and shift in awareness,” says Gooch. She likens the movement to veganism, in that our understanding of it has changed in recent years.

“I don't think being vegan is a trend. I think, with what we know, it's here to stay and that's the main shift in behaviour that I can liken it to right now. I think we are going to see a massive change in drinking habits over the next few years."

Like many movements, the growing popularity of sobriety has its roots. Where charity and government campaigns may once have helped older generations to reduce their drinking, influencers have helped to normalise and glamorise sobriety among millennials and young people.

"Online influencers can be a great source of inspiration for many, and people who follow them can feel part of a community," says Misell. "Clearly, that won't be the case for everyone, and there will also be a need for face-to-face support for people who are struggling to drink less." If you are concerned about a drinking problem or being dependent on alcohol, speak with your GP as you may need specialist support to cope with addiction and the side-effects of coming off alcohol.

The Sober Girl Society Instagram account now has more than 75,000 followers - so does social media influence make a difference to those turning their backs on alcohol? "I like to think so!" says Gooch. "I don't really like to think of myself as a sober influencer. I'm a founder of a space and community that aims to bring girls together. It's not really a page about me - it's about all girls."

And influence doesn't just have to come from social media. "There are so many amazing books, podcasts and documentaries on the subjects of alcohol and sobriety," she says. "Having knowledge about the subject can really help you make informed choices about your drinking." 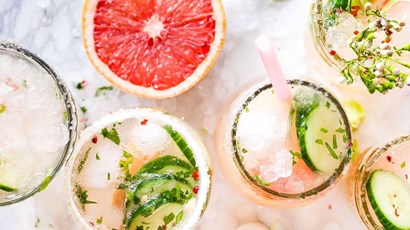 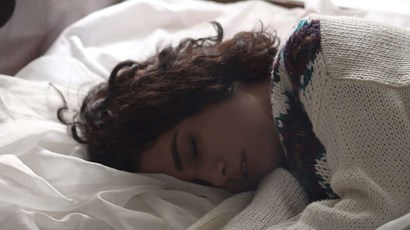 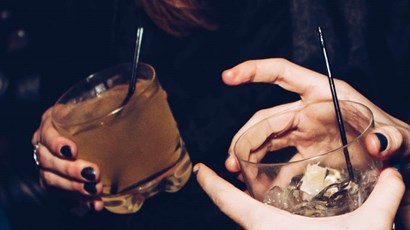 Today I am 8 days sober from alcohol.I miss