You don't have to look very far online to find someone proffering a miracle 'acne diet' or 'hormone-balancing' dietary supplement that will supposedly clear up your skin for good. But what does the evidence really say?

Acne affects 80% of us at some point in our lives, with as much as 40-55% of the population aged 20-40 suffering from adult acne. It can have a major impact on sufferers' self-esteem and mental health and, if you're affected by long-term adult acne, it's likely you've tried a whole range of acne-fighting options.

Well, according to the British Association of Dermatologists (BAD), the short answer is that, at least currently, "there has not been enough research to prove a direct link between diet and acne." However, they add, there does seem to be some link on an observational and anecdotal level.

The foods most commonly linked to acne breakouts are those that are high in sugar, carbohydrates and dairy. Anecdotally, this probably does ring true for many sufferers - our skin doesn't typically feel its best when we've been living off greasy takeaways, pizza, crisps and chocolate. But what exactly is it about these foods that could be triggering breakouts?

"When foods that are high in sugars and carbohydrates break down, they can cause a rise in your insulin growth factor (IGF-1), and what that does is it blocks your pilosebaceous units - basically the oil-secreting glands on your face - which doesn't allow them to breathe," explains Dr Sweta Rai of the BAD.

However, she adds: "This hasn't been fully substantiated, so we don't know exactly what type of foods cause this. It's also confusing because it would suggest that most people who eat a lot of chocolates, crisps, and so on would all have acne. That's not the case, so we don't know if there is a hard and fast link per se for all people, because some people don't seem to be affected by it while others are."

When it comes to dairy, Rai says, there isn't any solid evidence of a link. "In the States, maybe not so much in this country, there are hormones present in dairy products, and we do know that hormonal imbalances play a role in acne."

Progesterone, in particular, can make acne worse, she explains, "as we see in people taking the progestogen-only contraceptive pill or progestogen implants." This means that, if milk has been treated hormonally, consuming it may indeed trigger acne breakouts. But is it dairy itself that's causing that? "We don't know," she says.

Does wearing make-up actually give you acne?

"Does make-up give you acne?" is an age-old question. However, the answer may not be as straight...

Part of the difficulty in identifying a dietary link, as Rai points out, lies in the fact that everyone's skin type is slightly different.

"Some of us have more pilosebaceous units than others, some of ours are more active than others, and that just determines your general skin type," she explains.

"If you have oily skin, you've got overactive pilosebaceous units and you might find with certain food types, or certain topical things you put on your face, that you react differently compared to a person who's got drier skin, for example," Rai adds. "It's entirely dependent on your particular skin type. It's not that all people who are healthy don't get acne - they do."

Ultimately, she says, the jury is really still out on the role food and lifestyle play in triggering acne.

"Generally speaking, the factors that are known to cause acne are hormonal imbalances, stress, family background of acne, and a bacterium called P. acnes, or Propionibacterium acnes," Rai explains.

"Stress is a definite known trigger for acne, because it increases the stress hormone cortisol. But we also know that people often comfort eat as a result of stress - so is it the food that's causing the acne breakout, or is it the underlying stress?"

With the dietary link being so subjective, and so difficult to prove conclusively, the general recommendation from the BAD is that if you've noticed your acne gets worse after consuming certain foods or drinks, then these may be playing a part.

Keeping a food diary is one way of identifying your triggers and, if you feel as though a particular food type is linked to an increase in spots, Rai recommends cutting it out of your diet for at least six weeks. If you notice an improvement over that time, there could well be a link and it's worth keeping that food out of your diet.

Certainly though, there aren't any foods that can conclusively be described as being especially 'good' or 'bad' for acne across the board.

"The best advice really is just to have a generally healthy, balanced, stress-free lifestyle, with regular exercise, and maybe reduce the amount of saturated fats, sugars and carbohydrates in your diet," she says.

However, Rai adds, she would very rarely recommend treating acne through dietary and lifestyle changes alone.

"If it was very mild acne, you're getting a few spots here and there but it's not leaving any marks, then taking out whatever you feel to be the offending factor in your diet or lifestyle for six weeks is not an unreasonable approach," she says.

"But if you have moderate-to-severe acne, which is scarring and covering your face, then you need medical treatment. Simply taking out whatever food you believe to be causing it, and leaving the acne itself untreated, is just going to leave you with further scarring," she explains.

How to tell the difference between acne and other skin problems 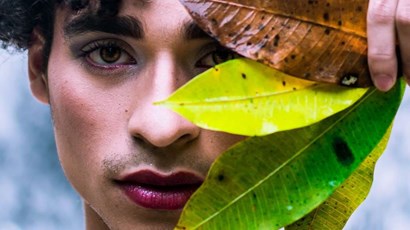 Does wearing make-up actually give you acne? 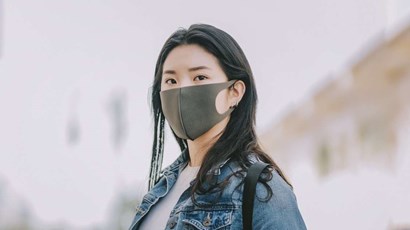 Could your face mask be causing your acne? 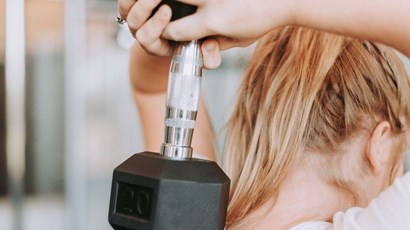 Is your exercise routine giving you acne?

I took itonin for a month and now having terrible muscle pain. I don't know if it's okay and if it is can someone tell me how can I rid of my pain or how much time will it take? Please help me with...