Migraine and gut health could be connected, according to a growing body of research. So what lies behind this link and can improving your intestinal health improve migraine symptoms?

Could taking a probiotic supplement improve the symptoms of migraine? That was the question posed by researchers at the Tehran University of Medical Sciences, who completed the first successful trial on the subject last year. Their study, published in the headache journal Cephalagia, returned a tentative 'yes' as the answer.

The researchers took 100 migraine sufferers, and gave them either a placebo or a probiotic supplement every day. After 8-10 weeks, the probiotic group had seen improvements in migraine frequency and intensity. Compared to those taking a placebo, the number of attacks had dropped by 40-45%.

"This ground-breaking trial is the first of its kind to show that an oral live bacterial product is capable of improving multiple aspects of migraine headaches," said Dr Ashton Harper, medical director at ADM Protexin Healthcare, which manufactured the probiotic. "Although this area of research is relatively novel, and further confirmatory studies are required, it does hold promise for improving multiple symptoms in one of the world's most disabling illnesses."

Of course, if you’re one of the six million people who suffer from migraine in the UK, conclusions of this kind are very welcome. However, we don't yet have the evidence base to say for sure.

"Although this was the largest ever study on probiotics and migraine, it only looked at 100 people, which is not a big study at all," cautions Dr Katy Munro, headache specialist at the National Migraine Centre. "Because of the size of the study I don't think we can draw any conclusions - more research is needed. But on the other hand, I do think that having good gut health is very important for everybody, whatever condition they're suffering from."

If it does transpire that probiotics help migraine, that wouldn't be altogether surprising. Most people have heard of the gut-brain connection - the profound and often mysterious links between the brain and the GI tract. We know that the gut contains millions of nerve cells, which secrete brain chemicals like serotonin. We suspect that the gut flora can affect our mental state. And we know there's an important relationship between digestive and mental health.

"We are finding out more and more about the role of the gut microbiome in health and disease," says Professor Glenn Gibson, professor of food microbiology at the University of Reading. "As long ago as the 1800s, the Scottish physician Arbuthnot Lane suggested that the gut could be involved in migraine and schizophrenia. These predictions were not taken seriously at the time, but they are now."

He adds that the gut microbiome is central to many disorders we once considered unrelated. Anxiety, depression, autism, dementia and migraine are all on the research agenda (although it's important to mention that most of the research to date is in its early stages, or has only been conducted on animals).

"It is clear that gut bacteria produce chemicals called neurotransmitters that can have effects in the brain," he says. "They can be both negative and positive in their influence, and they may be transmitted via the vagus nerve."

With migraine specifically, there could be a few things going on. It has been speculated that the condition could stem from disruptions in the gut microbiota, differences in the overall mix of bacteria, or increased intestinal permeability.

"The vagus nerve, which promotes gastric motility, is affected by the migraine process," adds Munro. "This is why a lot of people with migraine get either nausea or vomiting or bloating or abdominal pain."

As many migraine sufferers will attest, diet plays an important role in their symptoms. In some cases, you might find you're sensitive to certain foods, noting that every time you eat this food you're prone to migraine attacks. However, Munro points out that true food triggers are rarer than people think.

"We know now that a craving for certain foods is a prodromal symptom of a migraine coming on," she says. "What happens is that people think, oh I really need to eat some chocolate, and then they get a migraine and they blame the migraine on the food, when in fact the craving was a symptom of the migraine."

How to eat to alleviate symptoms

She advises migraine sufferers to eat a wide variety of foods, particularly vegetables, and to skew towards a low-carb, although not zero-carb, diet to even out the blood sugar. Exclusion diets are a bad idea, and skipping meals is a no-no. (For more information on this subject, she suggests listening to the National Migraine Centre's Heads Up podcast, which discusses everything migraine-related, including the role of diet.)

"Having something like a bedtime snack can sometimes quite dramatically improve people's symptoms," she says. "I saw a lady the other day who'd simply changed the timing of her diet and reduced her carbohydrate intake and she'd dramatically dropped the number of migraines she was getting a month."

On top of that, you should try to eat a lot of prebiotic foods - ie fibrous foods that stimulate the healthy bacteria in the gut. These include a number of fruits, vegetables, legumes and grains, ranging from bananas to barley.

"I went to a lecture recently where Professor Ed Bullmore from Cambridge was talking about his book, The Inflamed Mind," says Munro. "His statement was more that we should try to concentrate on prebiotic foods, the foods that nourish the bacteria, and maybe not be taking a probiotic supplement. But it also depends on what else is going on in that patient's diet and life. If they're taking a lot of antibiotics or drinking a lot of alcohol, or their diet is restricted, they may not have as healthy a gut flora as we would hope."

Gibson agrees that prebiotic foods are a good idea, but doesn't discount the role of probiotics. He thinks that if migraine sufferers want to try taking a probiotic supplement, there's nothing wrong with that.

"Probiotics produce nothing negative - if your gut has more probiotics in it then there is less risk of disease," he says. "We need to see bigger studies underpinned by mechanisms. But the future does look bright as the supplements are easy to take and do have profound effects. Which ones for which conditions needs clarity, but good probiotics are harmless and may well help." 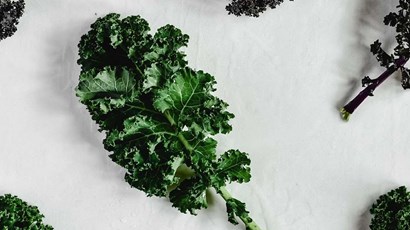 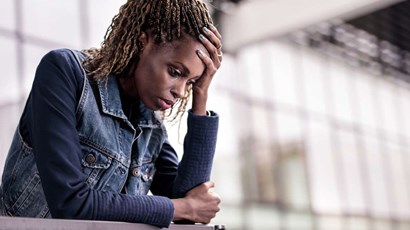 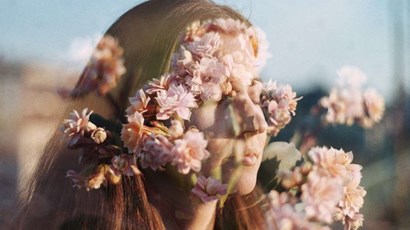 I have been having a headache when i wake up but when i sit up and stand up it eventually goes away. The headache is pretty bad to the point where it makes me get up. The pain is usually the back of...