Cluster headaches occur as attacks of severe, one-sided headaches. Typically, a number of attacks occur over several weeks - a bout (cluster) of attacks. The headaches then usually go for weeks, months or years until a next cluster of headaches develops. An injection with a migraine medicine called sumatriptan, or a nasal spray containing a medicine called zolmitriptan, or breathing 100% oxygen, will usually relieve each headache. Some medicines are also used to prevent the headaches. Avoidance of alcohol is recommended during a period of cluster headaches.

What are cluster headaches?

Cluster headaches are attacks of severe pain in one side of the head, often around the eye. They begin quickly and without any warning. The attacks usually last between 15 minutes and three hours. They usually occur every day (often up to eight times in a day) and continue for a variable time (often between one and three months) before improving. There may then be a long period of time before the headaches come back.

Cluster headaches consist of attacks of severe one-sided pain in the head. It is sometimes called migrainous neuralgia. Each attack develops suddenly, usually without any warning. Typically, you feel the pain mainly in or around one eye or temple. The pain may spread to other areas on the same side of the head. The pain is sometimes described as burning or boring. One attack lasts 15-180 minutes, but most commonly 45-90 minutes. Attacks may occur from once every two days to eight times a day.

The pain during an attack is usually severe. It can be so severe that you become agitated and unable to lie down. Some people even bang their head against the wall in frustration with the pain. Attacks often occur at night, a couple of hours after falling asleep, and will wake you from sleep.

During each attack you may also experience other symptoms. These include:

Attacks usually occur in bouts (clusters). That is, a number of attacks of pain occur over a period of time, which then stop. During a cluster, each attack of pain usually occurs on the same side of the head. Each cluster of attacks usually lasts for several weeks or months. Each cluster is then usually separated by months or years of remission (where no attacks occur). However, the frequency of clusters can vary greatly from person to person. For example:

Who gets cluster headaches?

Cluster headaches affect about 1 in 1,000 people. They are four times more likely to occur in men than in women. The first bout (cluster) typically develops between the ages of 20-40 years, but it can start at any age.

Research suggests that a part of the brain called the hypothalamus becomes overactive during each attack, although it is not known what causes this to happen. During an attack, the hypothalamus is thought to release chemicals (neurotransmitters). These may stimulate nerve cells in the brain to cause the pain and other symptoms. The nerve overactivity may also cause a widening or opening up (vasodilation) of the blood vessels in the affected side of the brain. One theory is that the pain is caused by the widening of these blood vessels which then press on nearby tissues in the brain, which can cause pain. However, this is just a theory and the exact cause of the pain is not known.

The hypothalamus is a part of the brain thought to be concerned with the body clock (circadian rhythms). This may be linked to the fact that many people with cluster headaches have their bouts (clusters) at the same time each year, and each headache attack often occurs at about the same time each day.

How are cluster headaches diagnosed?

The diagnosis is based on the typical symptoms. There is no test that can prove the diagnosis. Tests are sometimes done if the diagnosis is not clear, to rule out other causes of headache. Sometimes tests such as a brain scan may be done to rule out a pituitary adenoma (as described above). Your GP may therefore refer you to a doctor with a special interest in the treatment of headaches.

Treatment is divided into treatments to stop (relieve) each headache, and treatments aimed at preventing the headaches.

Sumatriptan injection: sumatriptan, given by injection just under the skin, is the commonly used treatment to abort a headache. It relieves pain within 15 minutes in about three in four people with a cluster headache. You can be shown how to use this injection, and should use it as soon as a headache occurs.

Sumatriptan is a class of medicine called a triptan, more usually used to treat migraine. It is not a painkiller. Triptans work by interfering with a brain chemical called 5-HT. This chemical is thought to be involved in both migraine and cluster headaches.

100% oxygen therapy: this is an alternative treatment that may be advised, especially if sumatriptan injections or zolmitriptan nasal spray cannot be used, or do not work. It often works well to relieve pain within 15 minutes, but it does not work in everybody. Its advantage, when it works, is that it can be used as often as necessary. The oxygen has to be 100% and so needs to be delivered, through a special mask, from an oxygen cylinder. Some people with cluster headaches have an oxygen cylinder and mask at home ready to treat an attack.

100% oxygen treatment may not be suitable for people who also have chronic obstructive pulmonary disease (COPD).

It is sometimes difficult for doctors to rule out another type of headache called paroxysmal hemicrania. This is a rare condition of unknown cause which causes one-sided headaches similar to cluster headaches. Sometimes a doctor will prescribe a one-week trial of an anti-inflammatory painkilling medicine called indometacin. This will almost always take away the pain of paroxysmal hemicrania, but will have no effect on cluster headaches.

Some medicines are used in an attempt to prevent cluster headaches. Most people with cluster headaches will be prescribed one. It is difficult to say exactly how well they work at reducing the frequency and/or severity of headaches. This is because there is a lack of large research trials which have studied these treatments. However, smaller research studies suggest that they do work for many people. The usual treatments to be used in this way are:

There have been anecdotal suggestions that alternative therapies such as acupuncture can be helpful in the treatment and prevention of cluster headache but as yet there is no good-quality supporting evidence for this. Further research may be helpful in this area.

Some notes about preventative medicines for cluster headaches 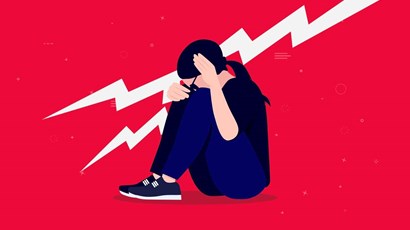 What is a thunderclap headache and what does it feel like? 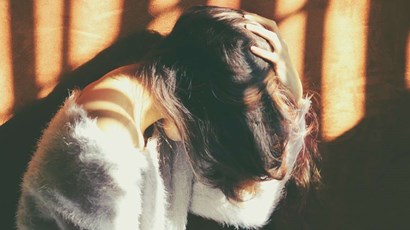 Are headaches and migraines more common in summer? 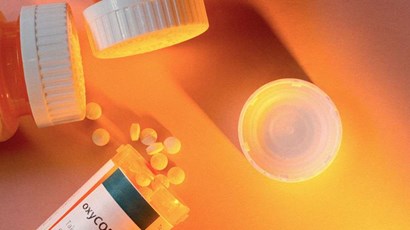 Can taking painkillers actually give you headaches? 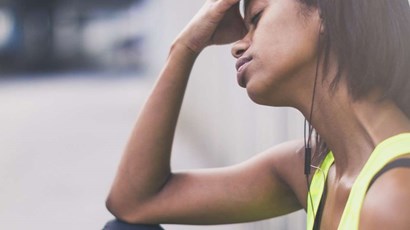 I have had this pressure that eminates from the sinus or cavities behind the nose for about 4 months now. It started gradually and now is a constant pressure that causes lightheadindness / dizziness...