Post-traumatic stress disorder (PTSD) affects roughly one in ten people but, like many mental health issues, is widely misunderstood and surrounded by misconceptions. PTSD UK describes the condition as "essentially a memory filing error caused by a traumatic event".

It's a surprisingly common way for the mind to respond to situations of intense panic and fear, but it can have a debilitating impact on the lives of those affected. We spoke to people living with the condition about the things they wish others understood about PTSD.

It doesn't only affect military veterans

A lot of work has been done by organisations like Combat Stress and Help For Heroes to raise awareness of the prevalence of PTSD amongst those serving in the armed forces - particularly in the aftermath of wars in Iraq and Afghanistan - but trauma is not limited to the horrors of war. The idea that only soldiers who have seen active comabat get PTSD is one of the most common misconceptions surrounding the condition.

"Prior to being diagnosed myself, I thought PTSD was something that only affects soldiers coming back from overseas, who've seen terrible things or had limbs blown off," says 50-year-old Jeane.

For Charlotte*, who's 29, PTSD was triggered by traumatic labours with both her children - which were made particularly stressful by her history of repeated miscarriage.

"Both my labours were incredibly frantic and panicked. Having already suffered four miscarriages, I just kept thinking I wasn't going to take a baby home," she explains. "I now have two wonderful children, but I constantly panic about them dying. The flashbacks still render me incapable of doing anything for at least 20 minutes - I have to just put my toddler in front of the television while I calm myself down."

A traumatic event could be anything that places you at risk of injury or death - or a situation where you witness the death or injury of someone else. PTSD can therefore affect people affected by a wide range of experiences, including: war, torture, and natural disasters; domestic violence, physical assault, sexual abuse or rape; serious accidents; a sudden and unexpected death, diagnosis, or relationship breakdown; traumatic childbirth; or being a witness to any of these events.

It can be difficult to recognise

Likewise the symptoms vary widely, and are often mistaken for other common mental health conditions such as depression or anxiety.

"PTSD is made up of various clusters of symptoms, and some of those symptoms within those clusters actually mimic other conditions, which leads to a lot of misdiagnosis," explains clinical psychologist Dr Claudia Herbert, director of The Oxford Development Centre and The Cotswold Centre for Trauma Healing, and author of Overcoming Traumatic Stress.

Flashbacks, or intrusive traumatic memories, are probably the best known of these symptoms. Other symptoms include: hypervigilance (feeling 'on edge'), panic attacks, phobias, irritability or angry outbursts, dissociation (feeling disconnected from yourself), nightmares and trouble sleeping, depression and anxiety, self-destructive or reckless behaviour like substance abuse or self-harm, and feelings of shame, guilt, and self-blame.

People affected by PTSD may also experience physical symptoms of anxiety, such as muscle tension, heart racing, nausea, or sweating. Avoidance of distressing situations or subjects is another key symptom which, Herbert explains, adds to the difficulty of diagnosis.

"Often it's too painful to people even to talk about, so they're avoiding it, and their GP may not be aware of the traumatic experience."

It doesn't always kick in immediately

47-year-old Carole suffered from PTSD after helping out with recovery from the 2004 tsunami in the Maldives, but says the symptoms didn't start as soon as she returned to the UK.

"I was alright for a month, maybe a month and a half, and apparently that's normal; it sort of creeps up on you," she says. "Then one morning I got up to work, sat in front of the computer, and just felt stuck; I wasn't able to do anything."

Likewise, for former Army Officer John Winskill, PTSD didn't set in until about a year after he'd returned from a harrowing mission, overseeing the exhumation of women and children massacred during the Bosnian War more than two decades ago.

"On that posting I lifted the bodies of more than 50 kids out of a hole in the ground. The smell was unbelievable, so we used to have a Vicks inhaler stuffed up each nostril all day," he explains.

"A year after I got back, I was in Boots in Colchester on a Saturday morning, and a woman dropped a glass jar of Vicks on the floor. As soon as I smelt it, I collapsed on the floor of the shop, crying my eyes out."

The triggers can be unexpected

PTSD symptoms are typically triggered by sensory reminders of the traumatic event. Besides Vicks, John's triggers include the smell of wet grass, and children's birthday parties. For Charlotte, being around raw meat being cut is a visceral reminder of her episiotomy (a cut during labour), while Carole's PTSD is triggered by waves, as well as everyday items like toothbrushes.

"One of the biggest misconceptions is that you're unstable, volatile and likely to react violently at any second," says sci-fi author Devon C Ford. He suffers from PTSD after being attacked at an English Defence League protest, while working as a public order police officer. "I'm very used to mass disorder and thought I was bulletproof. Physically I'd been hurt way worse in the past, but this incident was different; I just tucked up into a ball and literally waited to die - like I knew it was going to happen," he explains.

"If I'd come back to work with my arm in a cast I'd have been a hero, but because I came back with a non-visible injury I was weak and to be avoided. That was basically the end of my career in the police," he adds. "I've spent years getting over the shame of having mental health issues, and I've genuinely had someone usher their child away from me when I've mentioned it - as if I'd admitted to having just come off the register or something. It's embarrassing. I just wish people would treat it as it is - it's an injury, not a weakness or a madness."

Recovery is a process

The recommended treatments for PTSD are trauma-focused cognitive behavioural therapy (CBT) or eye movement desensitisation reprocessing (EMDR), Herbert explains. "It's very important that every treatment is tailored to each client's individual needs; you can't rush through repairing very painful things," she says.

"I think a lot of people think it's something where you go and have a few therapy sessions, you talk about it, and you get over it in a few weeks," says Jeane. "That doesn't happen. I had therapy for nearly a year, I'm having a bit of a break at the moment to process everything, and I'll be continuing it again. It's certainly not something that gets cured in a few weeks or months."

For her, an important part of that process was realising she wasn't alone and support was available. "It's very easy to feel that you're the only one suffering, or that you're going mad, but  you don't have to feel ashamed or hush it up," she adds. "It's not something you've brought upon yourself, it's just circumstances, so it's important to take away the guilt and recognise that it's actually quite a normal response to trauma." 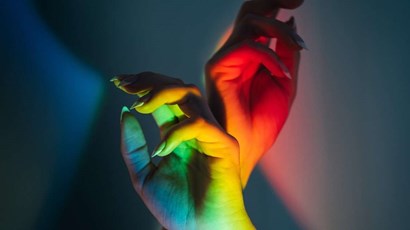 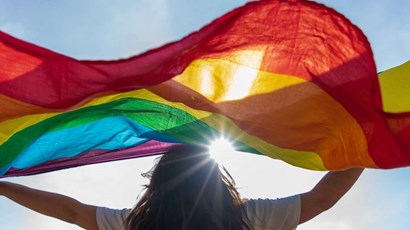 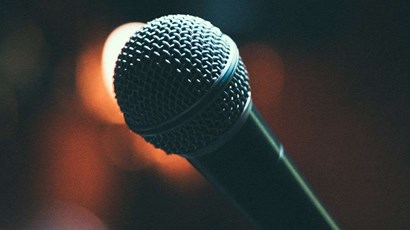 I was on Fluoxetine for around 4 or 5 years and tbh was sick of the strange dreams it gave me nearly every night which themselves didn't exactly set me off with a spring in my step that and the...