Around one in five people will develop shingles at some time in their life, making it a relatively common illness. Yet, many misconceptions surround shingles, which can leave you unprepared if the virus catches you unawares. Here are some common myths - and some lesser-known truths - about the illness.

It's true that shingles and chickenpox are caused by the same virus - varicella zoster - but the two are not the same.

Chickenpox (varicella) occurs after initial exposure to the virus, typically in infancy or childhood, and manifests in the well-known itchy rash that can appear anywhere on the body, which is usually accompanied by fever and generally feeling unwell.

Chickenpox is usually a relatively mild, uncomplicated and self-limiting if unpleasant illness. In a minority of cases it can lead to serious complications, which are more common in adults and particularly in pregnant women, who have a 1 in 10 chance of developing pneumonia.

Even if there are no complications, the virus doesn't disappear from your body once the rash has resolved. After the symptoms subside, the varicella zoster virus becomes dormant: you still have the virus in your body, but it doesn't cause any problems.

Occasionally - and doctors don't know why - the virus becomes reactivated, often decades later, causing shingles (herpes zoster). This is an infection in a nerve underneath the skin, which presents in a painful, blistery rash in the area of skin served by the infected nerve. For that reason, the rash usually only occurs on one side of the body.

There are hundreds of viruses out there. Lots of them cause rashes, especially in children. But ...

The hallmark symptom of shingles is a red, blotchy rash that develops into fluid-filled blisters, which eventually scab over and disappear. However, the rash can be severe and is almost always painful.

The pain generally comes on a few days before the rash, and emerges because the infection is in the nerve beneath the skin's surface. The affected area of skin is therefore often tender to touch, and can also be swollen and inflamed.

People experience shingles pain differently. Some people have an ever-present dull, aching or burning pain, while others may instead have intermittent sharp, stabbing pains. You may also have a headache, flu-like symptoms, and feel run down.

Dr Andrew Green, a GP in Yorkshire, explains that shingles pain can last beyond the initial illness. "Not only can the rash be very painful at the time you have it, but in some cases, patients develop a neuralgia, which is pain continuing for months or even years after the rash has healed," he says.

Known as postherpetic neuralgia, it affects around one in five people with shingles, and can manifest as stabbing, shooting, throbbing or burning in the area affected by the shingles. It can also be itchy, and feel painful at the slightest sensation.

Some people don't fully recover from postherpetic neuralgia, but most people are pain-free within a year. "Early treatment may reduce the chance of long-term pain, and should make the rash less severe," Green adds.

An additional risk is that the shingles could develop in or around the eye, known as ophthalmic herpes zoster, which happens in 10-20% of cases. This can lead to vision problems and scarring, so it's essential to have prompt referral and close monitoring.

Myth: Only elderly people get shingles

You can get shingles at any age. It's most common in people over the age of 50, possibly because the immune system becomes less efficient as you age, making the varicella-zoster virus more prone to reactivation. But anyone who has had chickenpox can get shingles - even children.

Certain other people have a higher risk of getting shingles, such as those who have a weakened immune system. You might have a weak immune system if you're on anti-rejection medication after an organ transplant, if you take steroids for a medical condition, if you're undergoing chemotherapy, or if you have HIV or AIDS, for example.

Myth: You catch shingles from someone who has shingles

You can only get shingles if your own varicella-zoster virus is reactivated. So, if you had chickenpox in the past, and the virus is activated again for some reason, you can get shingles.

It's not known why the virus sometimes re-emerges, but it's thought that periods of illness or stress can trigger it, as well as other risk factors mentioned above.

However, you can catch chickenpox from someone who has shingles if you've never had chickenpox before. It's very rare to get chickenpox more than once in your life, so as a rule you're only at risk if you haven't had it already.

Myth: Shingles will heal by itself

Sometimes home remedies are sufficient to treat shingles. This normally involves over-the-counter analgesics to manage the pain, and emollient creams or calamine lotion to soothe itching. Wearing loose clothing and covering the blisters with a non-adherent dressing can help, as can using a cold compress on the affected area.

But some cases of shingles require additional treatment, so it's worth seeing your GP. If the pain is particularly severe, your doctor might prescribe stronger painkillers, such as a type that's effective in targeting nerve pain.

"Suspected shingles sufferers should at least speak to their GP - and may need to be seen - to confirm or rule out the diagnosis, but also to discuss treatment," comments Dr Keith Hopcroft, a GP in Essex.

Some people also need antiviral medication, which doesn't kill the virus but can limit its severity if treatment is started within three days of the rash appearing. It's more likely that antiviral medication will be prescribed if you're over 50, if you have shingles on any part of the body apart from the torso, or if your pain or rash is severe.

"Shingles in certain areas - notably around the eye - can cause complications, which would require advice from a doctor," Hopcroft adds.

Myth: Shingles is harmful to pregnant women and unborn babies

Pregnant women can develop shingles if they have previously had chickenpox. However, it's usually mild and there is no risk to mother or baby. If you're pregnant and develop shingles, you should see your GP or midwife as you might need antiviral medication.

However, if you're pregnant and have never had chickenpox, you should avoid contact with a person who has shingles, because you could catch chickenpox, which can be particularly severe and lead to complications in pregnancy. 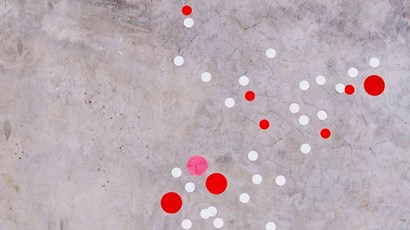 Developed small rash, so GYN tested for HSV both culture and both blood tests negative. He thinks it may be shingles, but too late to test for it now. Question is did anyone have white creamy vaginal...