A poster to our forums noticed a swelling under their tongue. The swelling developed a few days ago and was soft but firm. They thought it might be a swollen sublingual salivary gland. They thought cancer was unlikely, as they were only 18.

Salivary glands are all situated around the mouth. They produce saliva or spit, and can cause problems when they become inflamed, infected or blocked.

Lump on the tongue

A few days ago I noticed this lump under my tongue. It is soft but firm. It doesn't usually hurt but there is some slight pain if I keep touching it with my tongue.

Randomer is correct that based on age, a diagnosis of salivary gland cancer would be unlikely, as it usually occurs in people over the age of 60.

It was reassuring that the lump was soft but firm. Cancerous (malignant) tumours in this area are usually hard. Also, this would be an unusual place for a malignant tumour of a salivary gland. Eight out of 10 salivary gland lumps occur in the parotid gland (the gland in front of the ear and the side of the mouth that usually swells up with mumps). Furthermore, 8 out of 10 of parotid gland swellings are non-cancerous (benign).

Worrying signs of a cancerous lump would also include ulceration of the overlying covering (mucous membrane), resistance to moving the lump around in the mouth (fixation), and sudden rapid increase in size. Pins and needles or numbness due to pressure on nerves in the area would be a concern. A history of skin cancer, Sjögren's syndrome or radiation to the neck would be other worrying features.

All in all, therefore, it is very unlikely that Randomer's lump could be cancerous. However, the reason I check my lottery ticket every week is that incredibly rare things do happen sometimes. So I would urge anyone with a lump in the area of a salivary gland to get it checked out by a doctor.

How to get the most out of your remote GP appointment

Many GP appointments have moved to telephone or video consultations due to the coronavirus COVID...

What else could it be? Well, a benign tumour is one possibility. A mucocele is a common type of benign tumour. It is caused by damage to the submandibular duct. Saliva cannot be released into the mouth and one of the salivary glands blows up into a little balloon. It is also known as a ranula which is Latin for 'little frog', because of its supposed resemblance to this creature.

The duct can be damaged in a number of ways. Pam 87693 mentioned trauma from braces and retainers. Vincent03468 said his swelling developed after a dental injection and TomPlum's swelling grew after a dentist accidentally nicked the sublingual area with a drill.

A stone (calculus) is another cause of a blocked duct. Stones are formed of mucus, bits of old cells, calcium and magnesium. LC2017 reported that her nephew had a lump like Randomer's that grew when he ate. This is typical of a stone, as is pain which comes on at mealtimes. The swelling comes on suddenly, unlike a tumour which tends to grow over a period of weeks. Pain is often dull, and may be mild if the duct isn't completely blocked.

Infection is another possibility. A number of germs can cause it, although it tends to affect the whole gland rather than cause one of these little lumps that sit on top of a gland. GB31 found that theirs was associated with an impacted wisdom tooth. You may feel generally unwell with fever. The symptoms are pretty much the same as a duct stone, with swelling and pain. You may also notice a nasty taste in the mouth, from pus oozing out of the salivary duct.

The other cause to mention is general illnesses (illnesses affecting various parts of the body) although these tend to cause a swelling of the whole gland rather than a lump. They include Sjögren's syndrome, sarcoidosis, and other inflammatory conditions. A dry mouth is often a prominent feature of Sjögren's syndrome.

You will probably end up having lots of tests. Hoooong88327 had a CT scan, an ultrasound scan and a biopsy. Even then the cause of the swelling wasn't discovered. This is unusual, as most causes can be found after these investigations and a few blood tests. If a stone in the gland or duct is suspected, you might be offered sialography. This is a test in which dye is injected into the duct and which shows up on X-ray. Sialendoscopy is a newer technique in which a very thin tube (endoscope) with a tiny light and camera at the tip is inserted into the salivary duct. The doctor can then see directly into the duct and gland to see if a stone is present.

The treatment will depend on the cause. A tumour will be removed surgically. If it's cancerous, you may also need radiotherapy.

A stone in a duct sometimes comes out by itself or can be encouraged by a doctor gently inserting a probe. Other options include sialendoscopy, an operation to cut out the stone, or lithotripsy, which involves using ultrasound waves to break up the stone. If you keep getting stones, removal of the whole gland is sometimes necessary.

Treatment of an infection will depend on the type of infection. In bacterial infections, an antibiotic will be prescribed. GB31 had persistent infections and had to have the whole sublingual gland removed. They reported that this had been a painless procedure under a general anaesthetic. There was some pain afterwards, but it didn't last long. 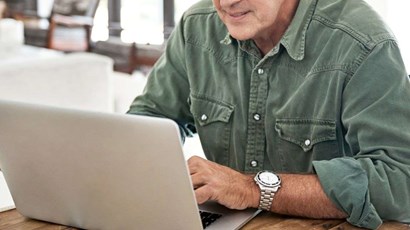 How to get the most out of your remote GP appointment 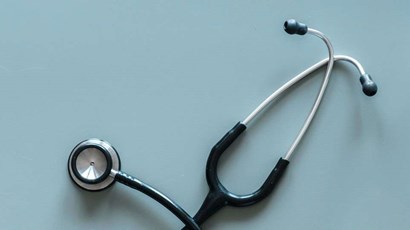 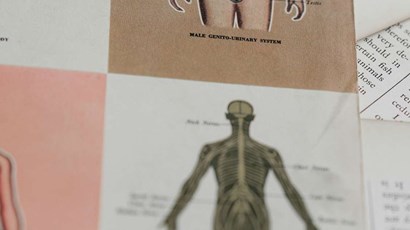 Hi, I had this skin bump on my scalp for a few years but I recently noticed it has grown substantially. It does not crust or bleed.What could this be? cancer?