I wish I could say it started with a kiss but less romantically it started with my teeth. The old gnashers were playing up, and deferring a visit to the dentist until in absolute agony I did my best to wolf down a bowl of spaghetti.

I went to bed for a post-lunch nap but woke up with a massive pain in my chest. Having previously been diagnosed with inflammation of the oesophagus, I had no doubt that the cause was the pasta sitting in it.

I went downstairs, did some paperwork, and waited for it to go away. But it didn’t.

When it started tracking down my left arm it began to dawn on me, a GP of 37 years standing, that this might be more than just indigestion. I must say I have always wondered how patients could mistake cardiac pain for indigestion. Now I know.

Even in the ambulance I had a niggling feeling that it might still be spaghetti-related and that I was wasting everybody’s time. I imagined the hilarity of my colleagues in accident and emergency when the GP with pasta-induced chest pain arrived at the cardiac unit.

I wasn’t the least bit surprised when the heart tracing came back normal and I was in the middle of getting dressed and heading for the exit when the A&E doc appeared, waiving my troponin levels in one hand and the Guinness Book of Records in the other. Troponin is a chemical produced by damaged heart muscle cells and the impressively high results indicated that I had indeed had a heart attack.

We were an odd bunch, we men of the cardiac ward. Some older, and many iller than I was. I began to feel like an imposter again.

One by one this gallant band disappeared, promoted from the district general hospital to the specialist cardiac intervention unit in central London. Eventually, it was my turn. Lights, camera, action, cannulas in every limb and the heart surgeon’s face hovering above me, ready for percutaneous coronary intervention (or coronary angioplasty).

A tiny spring-like coil (a stent) is put in the blocked coronary artery to hold it open. In the past it would have been open heart surgery and several weeks in hospital. Now it’s in with the coil and home a couple of days later. With a removal van’s worth of tablets. Some to lower the blood pressure, some to lower your cholesterol and some to prevent the blood from clotting in the coil (or loitering within stent, if you will).

This was when the real work began. I joined a cardiac rehabilitation group, when every aspect of your lifestyle is put under the microscope.

As a GP I always thought I had lived relatively healthily, but it is only when something like this happens that you really start to reflect on your life. My diet had never been particularly unhealthy, but checking food labels?

Familiarising yourself with the traffic light food labelling system and with the acceptable levels of food constituents per portion size or weight of food is something I’ve always advised my patients do, but never really got round to doing it myself. Hidden fats, sugar and salt lurk round every corner, waiting to pounce.

As far as exercise was concerned, I was sure I had been doing enough, but the cardiac rehab physio disagreed. Apparently, avoiding the call system and walking to the door to call each patient did not add up to the 150 minutes of moderately strenuous aerobic exercise a week recommended by the British Heart Foundation. Now, I attend a weekly cardiac exercise group and have joined a gym.

Geting into a routine of regular enjoyable physical activity is hard, but start small (say 10 minutes a day) and build up. Incidentally, I have discovered that joining a gym provides no health benefits. Using a gym does.

Apparently my problem is I don’t wear my heart on my sleeve. I tend to be the stiff upper lip type.

This is good for day to day functioning in general practice but not very good for the heart and circulatory system. Gliding elegantly through life is the approved strategy which takes a bit of positive effort but is worth it.

My major learning point of this experience is not to give out health promotion advice unless I'm prepared to follow it myself. And a major lesson for you is not to wait for that ‘bowl of spaghetti’ moment; check your lifestyle for a healthy heart now. 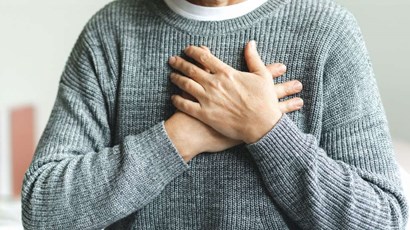 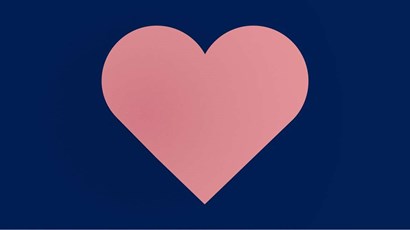 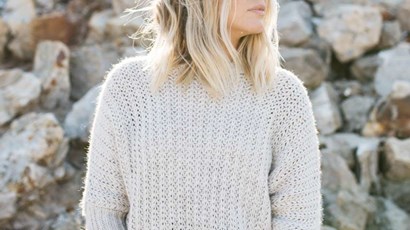