A study published in the Annals of Internal Medicine suggests that the physical well-being of women suffers when they are denied abortions.

It followed the self-reported physical health of around 900 women who sought abortions in the USA between 2008 and 2010. Of the 900, 163 were turned away, with the rest having first- and second-trimester abortions. At the end of the five-year study, only about 60% of the women were still involved, with mothers most likely to drop out.

The women who went on to give birth had slightly higher rates of chronic conditions such as headaches, joint pain, high cholesterol and asthma. Two women who gave birth died from maternal causes which could have been avoided if they had been granted the abortion they sought.

Various US studies have previously shown that legal abortion is safer than childbirth and does not cause breast cancer or mental health problems as suggested by some groups. The study found no significant differences in the health or chronic pain of women undergoing first- or second-trimester abortions.

According to the researchers, the risks and health complications associated with pregnancy and birth are the main reason for this disparity. However there are also links to the financial pressures and stress of pregnancy and bringing up a child, which can impact physical and mental health.

Dr Lauren Ralph, co-author of the study, highlighted the importance of evidence-based guidance on abortion and improved access. "Our study demonstrates that having an abortion is not detrimental to women's health, but being denied access to a wanted one likely is," she says.

In light of a growing movement towards restricted access to abortion services in the USA and little movement on abortion rights in Northern Ireland, Ralph's message is clear. "When differences in health were observed, they were consistently in the direction of worse health among those who gave birth. The findings from the study can really highlight some of the consequences if we continue to restrict access to wanted abortion."

This study was published in the Annals of Internal Medicine. 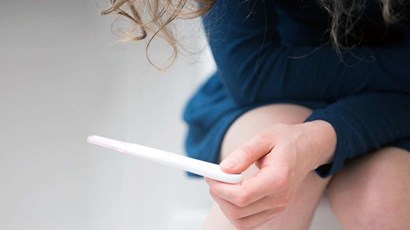