In this series Arthroscopy and Arthroscopic Surgery Joint Dislocations

There are many causes of joint pain. The different causes result in differing features, treatments and outcomes.

This leaflet summarises the most common causes of joint pains, and discusses when you should seek help if you have joint pain. There are links to many of the specific conditions which cause joint pain.

What is joint pain?

Joint pain is discomfort that arises from any joint. The medical word for joint pain is arthralgia. This is different to the word arthritis, which means inflammation of the joint, which causes pain and sometimes warmth, redness and/or swelling of the joint. A joint can be painful without being inflamed, or it can be both painful and inflamed. See also the separate leaflet called Arthritis.

Joint pain may affect just one joint or it may affect many different joints. The pattern of the joint pain in terms of how many and which joints are affected will depend on the underlying cause.

Some causes of joint pain require urgent treatment. For example:

What are the causes of joint pain?

The cause of joint pain may be obvious, such as following a sports injury. At other times it may need investigations and a referral for you to see a specialist to find the diagnosis.

Joint pain may also be caused by different structures in or around the joint. The underlying cause may therefore be a problem with:

Joint pain may also be caused by pain felt along the course of a nerve. This is called 'referred pain'. For example, a problem in your hip may cause you to also feel pain in your knee. Nerve pain also occurs when a 'slipped disc' in your back causes pain in your leg (called sciatica after the sciatic nerve which is often the one being squashed by the out-of-place disc).

The following is a list of the most common causes of joint pain. There are many more less common causes that your doctor may need to consider. See the links for more information about each condition that can cause joint pain.

Cause of joint pain in adults - usually affecting just one joint

Causes of joint pain in children and teenagers

Many of the causes of joint pain in adults can also be the cause in children. However, because of developing bones and joints, there are other conditions that can cause joint pain in children and teenagers. These include:

Conditions specifically affecting the hip joint in children may be harmless, such as irritable hip (transient synovitis) which usually resolves within a few weeks but may recur. See the separate leaflets below for more serious conditions, which include:

When should you see a doctor?

Make an appointment with your doctor if your joint pain is accompanied by:

See a doctor immediately if your joint pain is caused by an injury and is accompanied by:

See a doctor if you have any concerns, especially if:

Will I need any tests (investigations)?

Joint pain often resolves without the need for any tests. Your doctor can help to diagnose the cause of the joint pain. This will involve asking you questions about your symptoms and examining the affected joints. Your doctor may also arrange for you to have blood tests and an X-ray to help find out the reason for your joint pain. For some joint conditions, an ultrasound scan can be helpful in diagnosing the cause. In some cases more specialised tests will be needed, such as other scans or keyhole surgery to look inside the joint (arthroscopy).

What is the treatment for joint pain?

Many causes of joint pain are harmless and resolve without treatment or just with medicines to help relieve the pain until it resolves. For other causes, you may need to seek help for joint pain - for example, from a doctor or a physiotherapist.

Any further treatment will depend on the underlying cause. Some causes of joint pain will require long-term treatment and you may need to see a joint specialist (a rheumatologist or an orthopaedic surgeon). Assessment and treatment from a physiotherapist and/or an occupational therapist may also be needed.

The outcome (prognosis) will depend on the underlying cause of joint pain. Many causes of joint pain resolve completely with no problems later on.

Other causes of joint pain (for example, osteoarthritis or rheumatoid arthritis) may need long-term treatment and may continue to cause problems. Long-term problems may include persistent joint discomfort and restrictions with using the affected joint(s). 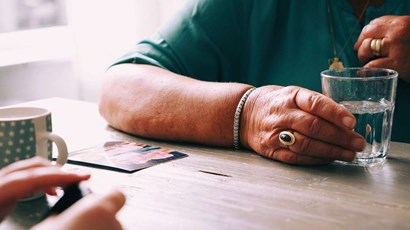 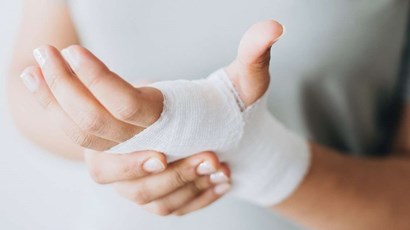 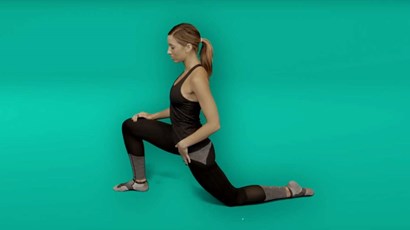 I am 26 years old, haven't had any trauma or injury, but I have been experiencing walking difficulty for around 6 years now, and it started probably because of my diet. I was vegetarian, and later on...