In this series Hip Problems Hip Fracture Hip Replacement Slipped Capital Femoral Epiphysis Greater trochanteric pain syndrome is a condition that causes pain over the outside of your upper thighs. Cause is usually due to inflammation or injury

Perthes' disease is a condition where the top of the thigh bone in the hip joint (the femoral head) loses its blood supply and so the bone is damaged. The bone gradually heals and reforms but Perthes' disease may cause hip problems later in life.

What is Perthes' disease?

Perthes' disease mainly affects children who are aged between 3 and 10 years. Each year, about 1 in 10,000 children aged less than 15 years will get Perthes' disease. Four times more boys than girls are affected by the condition.

What are the symptoms of Perthes' disease?

The symptoms usually develop gradually over a period of time. The first indication that a child may have Perthes' disease is when they develop a limp. The affected hip is often but not always painful. The symptoms may include:

The leg of the affected hip may become shortened compared with the unaffected side.

Children with Perthes' disease often develop a limp, which becomes gradually worse over a few weeks.

Stiffness and a reduced range of movement

As the hip becomes more damaged, the affected hip becomes stiff and the range of movements of the hip decreases.

Because the affected leg can't be used normally, the leg's muscles will become weaker. This causes the thigh muscles on the affected side to become wasted and so the leg looks thinner when you compare it with the other leg. This may not be obvious when both hips are affected.

Do the symptoms get better?

In many cases, the top of the thigh bone in the hip joint (the femoral head) regrows and remodels back to normal, or near-normal. The hip joint then returns to normal and is able to work as usual.

However, this can take two or more years after the condition first starts. Even after this time, there may be some stiffness remaining in the hip and there is an increased risk of osteoarthritis in later life.

Are there any tests?

The diagnosis can usually be made by a specialist, by examination of the hip, plus an X-ray. Sometimes other tests may be needed if the diagnosis is not clear or if a more detailed picture of the hip joint is needed. Possible tests may include:

Blood tests and a sample of fluid from the hip joint may also be needed to rule out other problems, such as an infection of the bone or the joint.

Perthes' disease occurs in a part of the hip joint called the femoral head. This is the rounded top of the thigh bone (femur) which sits inside the hip socket (acetabulum). Something happens to the small blood vessels which supply the femoral head with blood. So, parts of the femoral head lose their blood supply. As a result, the bone cells in the affected area die, the bone softens and the bone can fracture or become distorted. The amount of bone damage can vary from mild to severe.

The exact cause of the blood vessel problem that occurs in the first place is not known. A child with Perthes' disease is usually otherwise well.

Over several months the blood vessels regrow, and the blood supply returns to the bone tissue. New bone tissue is then made so the femoral head reforms and regrows. This is similar to how bone reforms and regrows after any normal fracture or break to a bone. But, with Perthes' disease, it takes longer (often between two and three years).

What is the treatment for Perthes' disease?

The aim of treatment is to:

Which treatment is chosen will depend on the age of your child and how badly your child's hip is affected. Treatments may include observation, bed rest and/or using crutches, wearing a plaster cast or a special leg brace, or surgery. Your doctor will advise on the best treatment for your child.

In younger children (less than 6 years old) and those with mild disease, Perthes' disease will usually heal well without any specific treatment. These children are treated by observation, often with physiotherapy or home exercises. The home exercises help to keep the hip joint mobile and in a good position in the hip socket. Advice may also include:

However, any advice will be tailored to your child's needs. Your child will also need regular follow-up with their specialist to check how their femoral head is healing. Regular X-rays of their hips are usually suggested.

Painkillers may also be useful to help relieve pain. Common painkillers suggested are ibuprofen and paracetamol.

This may be needed by some children for a short time if their symptoms are bad.

Will surgery be needed?

The younger the child is when Perthes' disease develops, the better the chance of a good outcome. Children who develop Perthes' disease after about the age of 8-9 years have the highest risk of permanent hip joint problems, such as stiffness and arthritis.

The more severe the condition, the greater the risk of permanent problems with the hip joint. 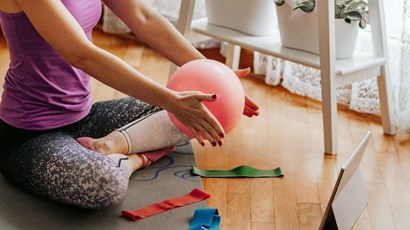 What is video physiotherapy and who can it help? 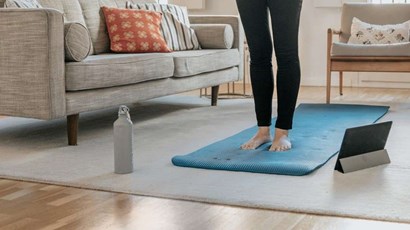 How to get the most out of video physiotherapy 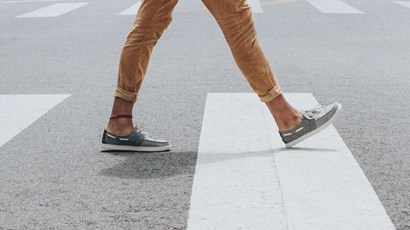 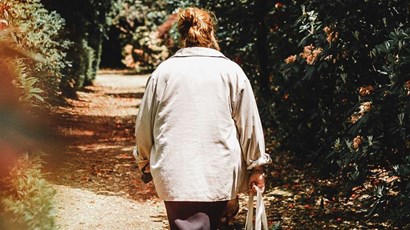 My first hip labral tear was due to a specific injury in February of 2010.  We did the MRI, the tear was visible, I received two cortisone injections into my hip and followed a PT regimen until we...