Frozen shoulder (in medical terms, adhesive capsulitis of the shoulder) is a condition where your shoulder becomes painful and stiff for no particular reason. Shoulder movements become reduced, sometimes completely 'frozen'. It usually only affects one shoulder.

It is thought to be due to scar-like tissue forming in the shoulder capsule. Without treatment, symptoms usually go away but this can take a long time: up to three years in some cases. Various treatments may ease the pain and improve the movement of your shoulder.

What are the symptoms of frozen shoulder?

The typical symptoms are pain, stiffness and limitation in the range of movement of one (not both) of your shoulders. The symptoms typically have three phases:

Symptoms often interfere with everyday tasks such as driving, dressing, or sleeping. Even scratching your back, or putting your hand in a rear pocket, may become impossible. Work may be affected in some cases.

There is wide variation in the severity and length of symptoms. Untreated, on average the symptoms last 2-3 years in total before going. In some cases, it is much less than this. In a minority of cases, symptoms last for several years.

Frozen shoulder only affects about 3% of adults at some stage in their lives. It usually affects people in late middle age: between 50 and 65 and is more common in women. People with diabetes are slightly more likely to get frozen shoulder.

Either shoulder can be affected but most commonly it is the non-dominant shoulder - that is, the left shoulder in a right-handed person. In about 1 in 5 cases the condition also develops in the other shoulder at some stage.

In frozen shoulder it is only the shoulder (and even then, usually only one shoulder) that is affected. It does not cause pain at any other joints. If other parts of your body are affected, like your knee joint or hands, it is not frozen shoulder and you need to see a doctor to get the diagnosis correct.

A frozen shoulder occasionally follows a shoulder injury. However, this is not usual and most cases occur for no apparent reason.

The diagnosis of frozen shoulder is usually made by a doctor's examination. You may also have an X-ray or an MRI scan of your shoulder joint.

The hallmark of frozen shoulder is that an X-ray should be normal.

What else could frozen shoulder be?

It is vital to get the diagnosis correct from the start, as the treatment options are different for different shoulder conditions. Other conditions that mimic frozen shoulder are:

What are the treatment options for frozen shoulder?

Even if you have no treatment at all, there is a very high chance your shoulder will get back to normal. Just give it time. If you are desperate for something to try though, here are some options:

Paracetamol may be advised first to try to control the pain.

Examples of anti-inflammatory painkillers include ibuprofen, diclofenac and naproxen. These medicines work by helping to ease pain and also by reducing any inflammation in your shoulder. Side-effects sometimes occur with anti-inflammatory painkillers: they can affect the kidneys and stomach. A short course of anti-inflammatories is usually recommended: perhaps a week or two. Prolonged use, even of something that can be bought over the counter like ibuprofen, can be very harmful to your kidneys and stomach.

These are commonly advised. The aim is to keep the shoulder from 'stiffening up' and to keep movement as full as possible. For most benefit, it is important to do the exercises regularly as instructed by a doctor or physiotherapist. Shoulder exercises are unlikely to do any harm.

Many people are referred to a physiotherapist who can give expert advice on the best exercises to use. Also, they may try other pain-relieving techniques such as warm or cold temperature packs and transcutaneous electrical nerve stimulation (TENS) machines.

A steroid injection into, or near to, the shoulder joint can bring good relief of symptoms for several weeks in some cases. Steroids reduce inflammation. It is not a cure, as symptoms tend to return gradually. However, many people welcome the relief that a steroid injection can bring. Steroid injections can cause harm - for example, by damaging the tendons inside the shoulder, introducing infection or causing bleeding.

An operation is sometimes considered if other treatments do not help. Techniques that are used include:

Surgery can help but can also risk damaging your shoulder. It is best avoided in frozen shoulder unless all other options have been tried and your shoulder is still very painful. Some studies have shown that you make the quickest and fullest recovery with just shoulder exercises alone.

Note: it is really important to avoid immobilising your shoulder - for example, with a sling or even a plaster cast. This will actually make recovery more difficult and will take longer to improve.

The symptoms of frozen shoulder can continue for 18 months to 3 years or more. However, the vast majority of people with a frozen shoulder do recover to normal levels of function and movement by two years, even without any treatment.

It is very uncommon to have frozen shoulder more than once in the same shoulder. 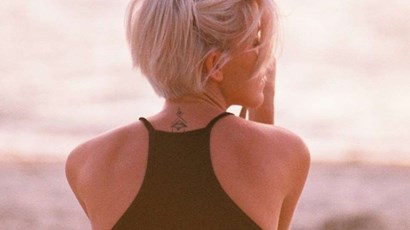 How to cope with a frozen shoulder

Everyone seems to have gone very quiet.....I am still struggling with this poxy frozen shoulder of mine, so far I've had 2 steroid injections that made no difference whatsoever so next up consultant...