Steroid injections can be used for joint problems and rheumatoid arthritis. They can also be used for some conditions affecting soft tissues, like tendon inflammation or tennis elbow.

Why are steroid injections used?

The main purpose of the steroid injection is to decrease pain and increase movement and use of the affected area. Steroid injections are usually well tolerated and much less likely than steroid tablets to cause serious side-effects. See the separate leaflet called Oral Steroids.

How do I have local steroid injections and how long do they take to work?

Steroid injections can be given by your doctor (GP or specialist). Most injections are quick and easy to perform but the injection must be given in a very clean (sterile) environment to prevent infection.

How long do local steroid injections take to work?

Side-effects are very unlikely but occasionally people notice a flare-up of pain in the injected area within the first 24 hours after the injection. This usually settles on its own within a couple of days but taking simple painkillers like paracetamol will help.

Other steroid-related side-effects are rare but may include:

Steroid injections can occasionally cause some thinning or changes in the colour of the skin at the injection site, especially if the injections are repeated. There is a possibility (at least in the opinion of some experts) that steroid injections may have a bad effect on soft tissue structures such as loss of cartilage tissue; however, the absolute evidence for this is currently small.

When should steroid injections not be used?

Steroids should not be injected when there is infection in the joint or area to be injected or anywhere else in the body. If a joint is already severely destroyed by arthritis, injections are not likely to give any benefit.

If you have a potential bleeding problem or take blood-thinning (anticoagulant) medication (eg, warfarin), the steroid injections may cause bleeding at the site of the injection.

Frequent steroid injections (more often than once every three or four months) are not recommended because of the increased risk of weakening bone and soft tissues in the injected area.

What other treatments should I have?

Steroid injections can be part of your treatment. Depending on the condition being treated, a number of other medicines can be used in the treatment of inflammation of joints, tendons or other soft tissues. Physiotherapy and occupational therapy may also be helpful. Your practice nurse, GP or specialist will discuss your options with you. 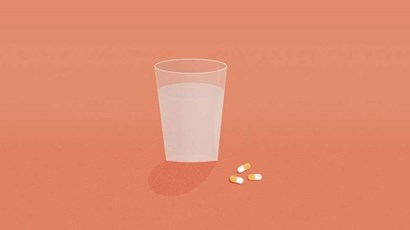 Should you worry about steroids and their side effects?

I quit taking prednisone cold turkey. Its been 10 days and although I feel tired, I don't have any symptoms other than tired and no appetite. I eat two small meals 3 drinks daily. Just wondering...