Benign paroxysmal positional vertigo causes short episodes of intense dizziness (vertigo) when you move your head in certain directions. Vertigo is the sensation that you (or your surroundings) are moving.

Benign paroxysmal positional vertigo is thought to be caused by tiny solid fragments (otoconia) in the inner ear labyrinth. In many cases the condition gets better on its own after several weeks. A simple treatment of moving the head into various positions over a few minutes can cure the condition in many cases. This treatment uses gravity to move the tiny fragments away from where they are causing problems.

What is benign paroxysmal positional vertigo?

Benign paroxysmal positional vertigo (BPPV) is a condition of the inner ear. It is a common cause of intense dizziness (vertigo), especially in older people.

The inner ear includes the cochlea and semicircular canals. These are small shell-like structures in which there is a system of narrow fluid-filled channels called the labyrinth. The semicircular canals sense movement of your head and help to control balance and posture. The cochlea is concerned with hearing.

There are three semicircular canals (anterior, lateral and posterior). These are roughly at right angles to each other and sense movement in different directions - left-right, forward-back and up-down head movements. The three semicircular canals are connected to a larger fluid-filled chamber called the vestibule, which in turn is connected to the fluid-filled canal in the cochlea.

Head movements are sensed because when you move your head, the fluid in the labyrinth within the semicircular canals moves too. The movement of the fluid moves tiny fine hairs that are on the inside lining of the labyrinth.

What you can see and nerve messages from the joints and muscles of the body also help to tell your brain about your position and posture. However, a properly working labyrinth in each ear is needed for a good sense of posture and balance.

It is thought that BPPV is caused by one or more tiny solid fragments (otoconia) that float about in the fluid of the labyrinth. The fragments are made up of calcium carbonate crystals which are thought to have broken off from the inside lining of the vestibule part of the labyrinth. These cause no problems if the fragment remains in the vestibule. However, problems occur if a fragment gets into one of the semicircular canals.

It is not clear why these otoconia form or drop off from the inside lining of the labyrinth. Most cases of BPPV occur in people over the age of 40 years. Therefore, it may be that age-related. BPPV is one of the most common causes of vertigo in older people. However, some younger people develop BPPV following an injury to the ear, or following a previous infection in the inner ear. Sometimes it occurs in younger people for no apparent reason. Women are affected about twice as often as men.

What are the symptoms of benign paroxysmal positional vertigo?

The main symptom is vertigo. The vertigo lasts just a short time - typically just for 20-30 seconds and usually no longer than a minute. It then goes away completely if you keep your head still. The vertigo is usually triggered by a change in head position. For example, getting out of bed and rolling over in bed are two of the most common movements that trigger a short episode of vertigo. Sometimes just looking up triggers an episode of vertigo.

With each episode of vertigo you may feel sick but people rarely vomit. The nausea may last an hour or so even though the vertigo lasts just seconds.

Between episodes of BPPV you feel well. Many people who develop BPPV realise which head movements trigger their symptoms and so instinctively avoid doing those movements.

In most cases, the symptoms clear away within several weeks or months. The solid fragments (otoconia) may dissolve or float out from the posterior semicircular canal and lodge in the vestibule where they cause no symptoms. However, after the symptoms have gone, some people have recurrences of symptoms months or years later. In some cases, symptoms persist for years.

The symptoms of BPPV are quite characteristic and so a doctor may well suspect that you have this condition just from your symptoms.

To confirm the diagnosis your doctor may do a test called the Dix-Hallpike manoeuvre. This will involve you sitting on a doctor's couch. The doctor will then ask you to lie back and move your head in certain directions. These set movements in people with BPPV will usually trigger an episode of vertigo.

Other possible common causes of vertigo include vestibular neuritis or labyrinthitis and Ménière's disease.

What is the treatment for benign paroxysmal positional vertigo?

This simple cure may be tried by your doctor. This often works if you have fragments of debris at the bottom of your posterior semicircular canal (the common situation). This is done by a series of four movements of the head. After each movement, the head is held in the same place for 30 seconds or so.

The movements of the head basically cause the posterior semicircular canal to rotate around in such a way that gravity moves the otoconia fragments out from the posterior canal and into the vestibule where they then settle and cause no symptoms.

Some studies report that the Epley manoeuvre is successful in stopping symptoms in about 8 in 10 cases with just one treatment. If the first treatment does not work, there is still a good chance that it will work in a repeated treatment session a week or so later. If successful, the Epley manoeuvre is one of the few procedures that can be done in a doctor's surgery in a few minutes and that can dramatically cure a patient of symptoms! If symptoms return at a later date, the manoeuvre can be repeated.

If the Epley manoeuvre or Brandt-Daroff exercises are not successful, or not done, you can still remain optimistic. BPPV is a condition that usually goes away on its own after several weeks or months without any treatment. One study reported that the condition had resolved in many people with BPPV in an average of 10 weeks. The otoconia are thought either to dissolve or move to a place in the labyrinth where they cause no symptoms.

Treating BPPV with surgery is extremely rare, as in most cases the condition either improves by itself or can be cured by the Epley manoeuvre. If symptoms persist for months or years and cannot be eased, an operation of the inner ear to take out the function of the posterior semicircular canal may then be an option. A doctor who is an ear specialist will advise.

How do I keep safe while I have benign paroxysmal positional vertigo? 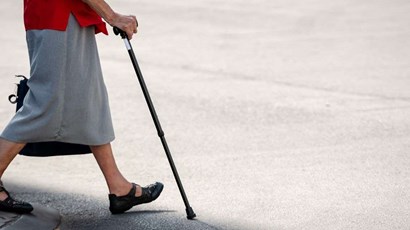 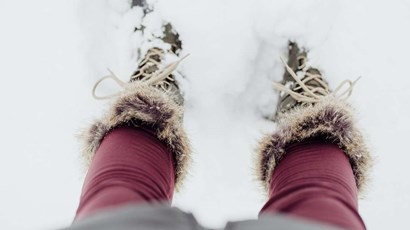 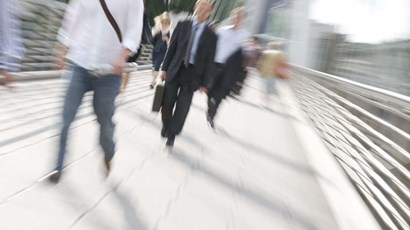 Hi, Not sure if its a coincidence but I had a deep tissue massage last Wednesday. I felt terrible the next day and the day after suffered a horrible temperature at night, waking up multiple times,...