In this series Seborrhoeic Dermatitis (Dandruff)

Seborrhoeic dermatitis in babies causes bad dandruff (cradle cap). It sometimes causes a rash on other areas of the skin. Treatment is not usually needed, as it does not normally cause any discomfort and usually clears on its own.

What is seborrhoeic dermatitis (cradle cap)?

Many babies have a mild form of seborrhoeic dermatitis within the first six months of life but it usually goes away on its own after a few months. In most children, cradle cap has cleared by the age of 6 months. It does not usually occur in older children. Some teenagers and adults have a related condition which causes bad dandruff and a rash. See the separate leaflet called Seborrhoeic Dermatitis (Dandruff) for more details.

What are the symptoms of seborrhoeic dermatitis in babies?

Cradle cap most commonly develops in the first six weeks of life. It tends to last a few weeks or months and then goes.

What is the treatment for seborrhoeic dermatitis in babies?

However, the appearance of the scalp can be improved by daily washing with a baby shampoo followed by gentle brushing with a soft brush to loosen scales. Alternatively, soften the scales with baby oil first, followed by gentle brushing and then washing off with baby shampoo. If this does not work, it may be helpful to soften the scales by rubbing in olive oil, vegetable oil or white petroleum jelly. Leave this in overnight to allow it time to work. Wash it off with baby shampoo in the morning. Another option is to try a greasy moisturising lotion (emollient) such as emulsifying ointment.

If other areas are affected by seborrhoeic dermatitis, regular washing helps. Use an emollient cream instead of soap on the affected skin. 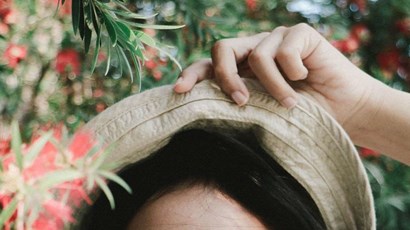 Common causes of an itchy scalp

hi, I've suffered from ezema for over 15 years, I've tried many treatments including ointments, pills, and wrapping in up nothing worked until my father offered something new.we started using Which...