In this series Malaria Prevention

Malaria is a very serious infection which you can catch from a bite from an infected mosquito. The most common symptoms are high temperature (fever) and a flu-like illness. The symptoms of malaria can occur even up to a year after travelling in an area in which malaria is present. Prompt treatment for malaria is essential, as without treatment it can be fatal. This leaflet gives general information about malaria and its treatment.

Malaria is a serious infection. It is common in tropical countries such as parts of Africa, Asia and South America. It is caused by a parasite called plasmodium. A parasite is an organism that lives on an animal and feeds from it. The parasite is passed to humans from a mosquito bite.

Symptoms usually occur between one to eight weeks after the initial mosquito bite. (This is the incubation period.) However, in some cases, depending on the type of plasmodium causing the infection, it can take up to a year before any symptoms start to show. The illness may start off with nonspecific flu-like symptoms.

There are two general types of malaria: uncomplicated and severe (complicated). Severe or complicated malaria is more serious and difficult to treat, and is more likely to be life-threatening.

Any of the symptoms above may occur. The fever in most people has no specific pattern and may present 1-2 days after the symptoms start. If the malarial infection becomes established then symptoms can come in cycles, occurring every 2-3 days.

The more severe condition occurs when complications develop. It is most commonly caused by Plasmodium falciparum. It usually begins with similar symptoms to uncomplicated malaria, but serious problems in various body organs or systems develop, including:

Note: pregnant women are at particular risk of severe symptoms and should, ideally, not go to risk areas. This is because your immune system can be weaker during pregnancy. If you are pregnant and have malaria, you may pass the infection on to your baby.

Others who are more likely to get the severe form of the condition include elderly people, children, those with HIV/AIDS and others whose immune systems are not working normally.

Arrange a consultation with your local pharmacist via Patient Access to discuss your travel plans and malaria prevention.

How common is malaria?

The disease is uncommon in the UK. It is very rare to 'catch' malaria in the UK as the mosquitoes which transmit it cannot thrive in the UK climate. People who have or develop malaria in the UK have usually been bitten by an infected mosquito in another country. This is called imported malaria., Most infections diagnosed in the UK occur in travellers returning to the UK (rather than visitors coming to the UK). A total of 1,792 cases of imported malaria (and six deaths from the infection) were reported in the UK in 2017. Most cases were caused by Plasmodium falciparum.

Areas where malaria is common are in the tropical or subtropical parts of the world. This includes most of Africa, Asia, and significant parts of South America. It is not generally a risk in Western Europe, the USA, Australia or New Zealand.

Note: malaria can kill people very quickly if it is not diagnosed promptly. If you feel unwell and have recently visited an area known to be affected, you should seek prompt medical advice, even if you have taken your antimalarial medication correctly.

How is malaria transmitted?

How is malaria diagnosed?

If you think you may have malaria then you need to seek medical advice without delay. If you have travelled to an area in which there is malaria in the previous year then you may be at risk of this disease, even if you took antimalarial medication when you were abroad. Usually your doctor will immediately refer you to a hospital or Infectious Disease Unit for rapid testing if this is the suspected diagnosis.

Your doctor will perform a blood test. The blood sample will be sent to the laboratory and will be examined for the presence of the plasmodium parasite. The type of plasmodium causing the infection will also be determined. If the first blood test is negative but your doctor suspects you have malaria then you may be asked to have another blood test taken a couple of days later.

If malaria is promptly diagnosed and treated, most people make a full recovery. Treatment is with antimalarial medicines. A number of these are available including:

The type of medicine prescribed and the duration of treatment can vary from person to person. It depends on various factors such as:

If your symptoms are mild then you will be treated at home. However, if you have the Plasmodium falciparum type or are pregnant then it is very likely you will be treated and monitored in hospital. This would also be needed if there are complications, or for children or elderly people.

Some people are given more than one type of medication or an alternative medication if they develop side-effects to a medication. Resistance to antimalarial medicines has become a problem. This means that newer medicines or a combination of medicines may be given.

If the first antimalarial medicine that you are prescribed fails to improve your symptoms, you may have to try a variety of other medicines as part of your treatment. You may find that your treatment for malaria leaves you feeling very weak and tired for several weeks afterwards.

Other advice after a diagnosis of malaria:

How can malaria be prevented?

There are a number of things that can protect you from malaria. See the separate leaflet called Malaria Prevention. 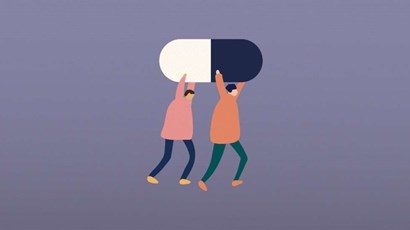 Should you worry about side effects with malaria tablets? 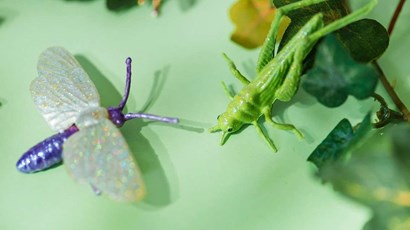