Sepsis is a reaction to severe infection. It can involve many different parts of the body. The germs causing the infection can be bacteria, viruses or fungi.

Sepsis is a medical emergency but early treatment in hospital saves lives. If you suspect sepsis - obtain medical help immediately.

Sepsis is a reaction by the body to severe infection. You may also hear severe infection being referred to as septicaemia. Strictly speaking, septicaemia is an infection of the blood, whereas sepsis refers to the whole body. The germs involved in sepsis can be bacteria, viruses or fungi. If bacteria multiply and release poisons (toxins) into the blood, this can cause serious illness.

How common is sepsis?

About 1 in 500 people develop severe sepsis in England every year. The number is much higher in developing countries.

Who is at risk of sepsis?

How do you develop sepsis?

Rarely, a germ overcomes the body's immune system, resulting in sepsis. No one knows why this happens but there are various theories. It is not clear why a few people are prone to serious illness and many other people are carriers of the same germ but have no ill effect. Usually the germs are bacteria but sometimes they can be viruses or fungi. Studies suggest that the level of steroids in the body, the effects of various other chemicals and hormones and the way the body's cells handle invading germs may all be involved.

What are the symptoms of sepsis?

The symptoms of sepsis can be very vague. You should always seek urgent medical advice or go straight to hospital, if you think someone may have sepsis. Not everyone will have typical symptoms. The very old or very young and people who have problems with their immune system, can develop unusual features and this can make diagnosis more difficult.

The National Early Warning System (NEWS) was introduced in 2012. This is a scoring system based on simple measurements. The NEWS score is very good at predicting how ill patients will become when they present to A&E with possible sepsis.

Six tests form the basis of the scoring system:

Note: women who are pregnant (or have delivered recently) should NOT be assessed with this system. If there is any suspicion of sepsis, they should be seen urgently.

Young people aged over 12 years tend to react in a similar way to adults - as above.

Children aged 12 or younger may be more difficult to assess than adults. Children with sepsis may:

Young children may not want feeds, may repeatedly be sick (vomit) or may not pass any urine and so not have wet nappies.

What is the treatment for sepsis?

Sepsis is a medical emergency and treatment needs to be started as soon as possible. Always seek urgent medical advice or get straight to hospital if you think you or someone close to you may have sepsis.

What is the outlook for sepsis?

The outlook for sepsis can be good if it is diagnosed and treated early. However, without early treatment, between 10 and 50 people out of 100 will die, depending on the severity of sepsis. Older people tend to fare less well, especially if they have a long-term illness like diabetes or heart disease.

As with any severe illness which needs intensive treatment in hospital, people recovering from sepsis may experience physical and psychological difficulties and these difficulties may last for several years.

Can sepsis be prevented?

Maintaining a healthy lifestyle will reduce your chances of developing infections that can lead to sepsis. Both smoking and alcohol increase the risk.

If you have a condition which qualifies you for flu and pneumonia immunisation jabs (for example, if you have diabetes or asthma) make sure you take up these options. Children need to be up to date with their vaccinations, particularly Haemophilus influenzae type b (Hib), group C meningococcus, pneumococcus and mumps.

Produced in collaboration with Dr Ron Daniels of The UK Sepsis Trust. 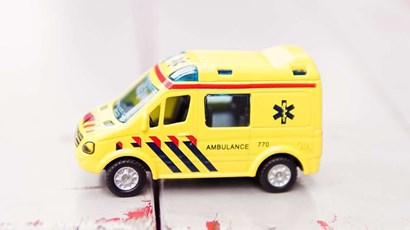