A Baker's cyst is a swelling that can develop behind the knee. It is filled with synovial fluid which is the lubricating fluid that is usually found inside the knee joint. It most commonly occurs if there is an underlying problem with your knee such as osteoarthritis. Symptoms can include pain, swelling and tightness behind the knee. Rarely, a Baker's cyst can split open (rupture) and cause similar symptoms to a deep vein thrombosis (DVT). A Baker's cyst often gets better and disappears by itself over time. However, there are various treatments that may help if you do have symptoms associated with it.

The first diagram below illustrates a typical normal knee joint looking from the side.

The joint capsule is a thick structure that surrounds your whole knee and gives it some support. It is lined by a special membrane called the synovium. The synovium produces a fluid called synovial fluid. This fluid acts as a lubricant within your knee joint and helps to cushion it during movement.

There are also various tissue pouches called bursae next to the knee. A bursa is a small sac of synovial fluid with a thin lining. Bursae are normally found around joints and in places where ligaments and tendons pass over bones. They help to reduce friction and allow maximal range of motion around joints. The bursa at the back of your knee is called the popliteal bursa.

Each knee joint also contains a medial and a lateral meniscus. These are thick rubber-like pads of cartilage tissue. The menisci cartilage sit on top of, and are in addition to, the usual thin layer of cartilage which covers the top of one of the bones of the lower leg, called the tibia. They act as shock absorbers to absorb the impact of the upper leg on the lower leg. They also help to improve smooth movement and stability of the knee.

What is a Baker's cyst?

A Baker's cyst is a fluid-filled swelling that can develop behind the knee. It is one cause of knee pain.

It is named after a doctor called William Baker who first described this condition in 1877. It is also sometimes called a popliteal cyst, as the medical term for the area behind your knee is the popliteal fossa.

The cyst can vary in size from a very small cyst to a large cyst that is a number of centimetres across. Rarely, a Baker's cyst can develop behind both knees at the same time.

What causes a Baker's cyst?

There are two ways in which a Baker's cyst may form.

A Baker's cyst may develop just behind an otherwise healthy knee joint. This type of cyst is sometimes referred to as a primary or idiopathic Baker's cyst. It usually develops in younger people and in children.

Sometimes a Baker's cyst can develop if there is an underlying problem within the knee, such as arthritis or a tear in the meniscal cartilage that lines the inside of the knee joint. This type of Baker's cyst is the most common. It is sometimes referred to as a secondary Baker's cyst.

Who gets a Baker's cyst?

A Baker's cyst most commonly occurs in children aged 4 to 7 years and in adults aged 35 to 70 years. However, Baker's cysts are much more common in adults than in children. You are more likely to develop a Baker's cyst if you have an underlying problem with your knee.

Arthritis is the most common condition associated with Baker's cysts. This can include various different types of arthritis, such as osteoarthritis (most common), rheumatoid arthritis, psoriatic arthritis and gout.

Does a Baker's cyst cause any symptoms?

Some people with a Baker's cyst do not have any symptoms. Also, small cysts may not always be found when a doctor examines your knee. The cyst may be found incidentally when you are having an investigation on your knee, such as an MRI scan for some other reason.

In general, the larger the Baker's cyst, the more likely it is to produce symptoms. You may be able to see or feel the swelling behind your knee. Sometimes you may also notice that the knee joint itself is swollen. Some people feel an ache around the knee area. It may be difficult to bend your knee if you have a large Baker's cyst and the area behind your knee may feel tight, especially when you are standing up. Less commonly, you may feel a sensation of clicking or locking of your knee.

If you have an underlying knee problem such as arthritis, you may also have symptoms related to that, such as knee pain.

Are there any complications that can develop?

The most common complication of a Baker's cyst is for it to split open (rupture). If this happens, the fluid from inside the cyst can leak out into your calf muscle. This can cause swelling of your calf. You may also develop itching and redness of the skin of your calf because of irritation caused by the fluid that leaks out from the cyst. About 1 or 2 in 20 Baker's cysts are thought to rupture.

If a Baker's cyst ruptures, it can be quite difficult to tell the difference between the ruptured cyst and a deep vein thrombosis (DVT) in the leg. A DVT is a blood clot that forms in a leg vein. In these cases, it is important that investigations are carried out to exclude a DVT because it can be a serious condition that needs treatment. See the separate leaflet called Deep Vein Thrombosis for more detail.

How is a Baker's cyst diagnosed?

An ultrasound scan is a good investigation to show a Baker's cyst and to help to exclude a DVT at the same time. Sometimes a magnetic resonance imaging (MRI) scan is used to confirm the diagnosis.

What is the treatment for a Baker's cyst?

A Baker's cyst often gets better and disappears by itself over time. Primary Baker's cysts in children all usually disappear with time. However, the cyst may persist for months or even years before it goes. In a lot of people it causes little in the way of symptoms and no specific treatment is needed.

There are various treatment options that may help if you do have symptoms associated with a Baker's cyst. These include:

Treatment of any underlying knee problem

It is important that any underlying knee problem is treated if you have a Baker's cyst. This may help to reduce the size of a Baker's cyst and any swelling or pain that it causes. For example, if you have osteoarthritis, a steroid injection into the knee may help to relieve pain and inflammation. However, this does not always stop the cyst from coming back again.

If you have an injury to the knee such as a meniscal tear, treatment of this may help to treat the Baker's cyst as well. See the separate leaflets called Knee Ligament Injuries and Meniscal Tears (Knee Cartilage Injuries) for more detail.

If you have pain and discomfort because of your Baker's cyst, one or more of the following may be helpful:

There are some other treatment options that are sometimes used: 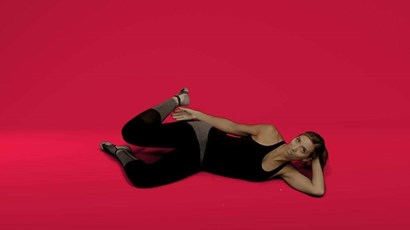 I saw the surgeon a few days ago. What a colossal waste of time. First 2 residents came in Neither one had a laptop, tablet or even a file with them. I always bring a med list and surgery list...