Dwarfism is a medical or genetic condition which causes people to have restricted growth so that they are shorter than average. Specifically, people with dwarfism grow no higher than 4 ft 10 ins (147 cm). It can be due to literally hundreds of different causes, so the term actually includes many different medical conditions. The cause and type of dwarfism will therefore affect the outlook and problems that may be associated with it. The most common condition causing dwarfism is achondroplasia.

What is restricted growth (dwarfism)?

Restricted growth means exactly what it says - it is a medical condition causing people to grow less than others, so that they are shorter than those of the same age. It is also called dwarfism, or referred to as 'short stature'. Dwarfism describes a person with an adult height of 4 ft 10 ins (147 cm) or less. You may see people with dwarfism referred to as dwarfs, little people, or people with short stature. These are generally used as descriptions rather than labels.

Dwarfism is due to a genetic or medical condition, and there are hundreds of causes. In a genetic cause there is a change (mutation) in the genes that form the code in our body's cells upon which all our physical characteristics are based. This can be a mutation inherited from our parents.  More often in dwarfism, it happens as a one-off event in the sperm or egg cells from which a baby develops. So in most cases, a person with dwarfism has parents who are a normal height. Usually dwarfism has a genetic cause, but in some cases other medical conditions can cause a problem with growth. This may occur as a baby is developing in the womb or after birth in childhood.

Dwarfism is usually broadly grouped into two different types depending on the body proportions:

Because there are so many causes of dwarfism, it is not possible to list them all here. Some of the more common causes are:

How common is dwarfism?

It is estimated that dwarfism occurs somewhere between one in every 15,000 and one in every 40,000 children born. Achondroplasia is the most common cause. It is the cause in 7 out of 10 people with the condition.

How is dwarfism diagnosed?

This will partly depend on the reason for dwarfism. Babies born with achondroplasia are often diagnosed at birth, simply from their typical appearance. Genetic tests on blood samples may be done to look for other genetic conditions which might have other implications. X-rays may be helpful in some instances. Some people with dwarfism are diagnosed later in childhood, when it is noticed that they are not growing as much as other children of their age. In making a diagnosis, doctors will take into account the pattern of growth, family history, other problems or features, findings on examination, blood tests and sometimes X-rays. Often blood tests for genetic conditions will be needed.

Some genetic conditions are suspected from tests done while the baby is still in the womb, and can be checked by tests done even before birth.

What are the symptoms of dwarfism?

There are no symptoms of dwarfism as such, other than being shorter than others. This may cause practical difficulties throughout life, and may result in children being teased or bullied at school. Short height may affect self-esteem, leading to psychological issues.

If the short stature is part of a genetic condition, there may be associated symptoms, difficulties or medical problems. These vary widely depending on which of the many causes is the reason for the restricted growth.

Possible problems associated with achondroplasia (the most common cause of dwarfism) include:

What is the treatment for dwarfism?

Dwarfism in itself is not a disease that needs a 'cure'. It is a condition which in some cases may be caused by a disease, so sometimes treatments may be needed. For most people with dwarfism, treatment for growth itself is not possible or helpful. Most people will adapt their way of life to cope with their less than average height, but otherwise lead entirely normal lives.

The outlook (or prognosis) entirely depends on the underlying condition. Overall, most people with dwarfism have no major medical problems, and live full and healthy normal lives. For achondroplasia, life expectancy is normal. However, some of the conditions which cause dwarfism can have associated medical issues which can significantly affect abilities and health. 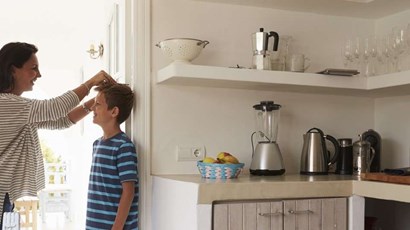