Herpes simplex is a virus that causes cold sores and genital herpes. However, it can also cause eye infections. This is because the virus lives inside the nerves in your face and can travel down the nerves to your eye if you are unwell or stressed. It can be much more serious than just a cold sore: damaging your eye and causing permanent eyesight problems. If you have had cold sores and then get an achy, red, sore eye it is important to see a doctor as soon as possible.

How does herpes simplex virus affect my eye?

The common situation is for the transparent front part of the eye (the cornea) to become infected. Infection of the cornea is called keratitis.

Other parts of the eye are sometimes affected. Often at the same time as the cornea is infected, a minor and temporary inflammation may occur with active infection of:

Who gets herpes simplex infections of the eye?

What are the symptoms and signs of a herpes simplex eye infection?

Most episodes of active infection are due to a reactivation of the virus at some point, often years after a primary infection. Symptoms include:

You may also notice a blistery skin rash around the eyelids (but not in all cases). It is usually one eye that is affected.

This photo shows someone with herpes simplex eye infection:

Your family doctor will usually examine your eye with a magnifier. They may also put some stain on the front of your eye. This is used to show up any irregular areas on the transparent front part of the eye. With a herpes simplex infection they will often see a small scratch on the cornea. The typical ulcer which develops is called a dendritic ulcer. Dendritic means branching. The ulcer is not round with a smooth edge but like a tree with many finger-like branches, as below:

If your doctor suspects a herpes eye infection you will usually be referred urgently to an eye specialist (ophthalmologist). A specialist will do a detailed magnified examination of the eye. This is to confirm the diagnosis and to determine whether the infection is in the top layer of the cornea (epithelial keratitis), or if the deeper layers are involved (stromal keratitis).

What is the treatment for herpes simplex eye infection?

The treatment depends on which part of the eye is affected.

Before you start to use any eye drops or ointment, your eye specialist (ophthalmologist) may make your eye numb and then gently scrape away some of the infected cells. This procedure is called debridement.

Treatment is with antiviral eye ointment or drops (such as aciclovir ointment or ganciclovir gel). These do not kill the virus but stop it from multiplying further until the infection clears. You should take the full course exactly as prescribed. This is often several times a day for up to two weeks. The aim is to prevent damage to the transparent front part of the eye (the cornea).

If the deeper layer of the cornea is affected - stromal keratitis

Treatment is similar to epithelial keratitis (above). In addition to the antiviral eye ointment or drops, your specialist may add in some steroid eye drops. This helps to reduce inflammation.

Note: steroid eye drops must only be used under close supervision of an eye specialist. He or she will prescribe the correct strength and dose in conjunction with antiviral treatment. If you use steroid eye drops wrongly they can make herpes simplex infections worse!

Antiviral tablets may be used in some cases.

These infections will usually settle on their own in 1-3 weeks. No treatment may be advised. You are likely to be kept under review, until the infection clears, to check that the cornea does not become infected.

Note: if you have herpes simplex eye infection, you should not wear contact lenses until 24 hours after your symptoms and the infection have completely gone away.

Some people develop repeated (recurring) episodes of active infection. As mentioned above, these occur if the virus reactivates from time to time - similar to cold sores. A recurrent infection may occur any time between a few weeks and many years after the first active infection.

At least half of people who have one episode of active infection will have a recurrence within 10 years of the first. Recurrences occur more often in some people than others.

Some people say that episodes of active herpes infection may be triggered by strong sunlight. So, wearing sunglasses may also help to prevent recurrences. It is also possible that active infection may be triggered if you are run down or unwell for another reason. However, the evidence for this is limited. Some women find that they get recurrences around the time of their period but again there is limited evidence to support this.

If a recurrence does occur, each episode is treated as described above.

The main concern with corneal infection (keratitis) is that it can cause scarring of the transparent front part of the eye (the cornea). With scarring, the normally clear cornea can become like frosted glass. This may sometimes seriously affect vision.

Overall, good vision remains in about 9 in 10 eyes affected by herpes simplex infection - that is, vision good enough to drive. However, severe and recurrent herpes simplex eye infections may lead to serious scarring, impaired vision and even severe sight impairment in some cases. If severe sight impairment does develop, a corneal transplant may be the only option to restore vision. 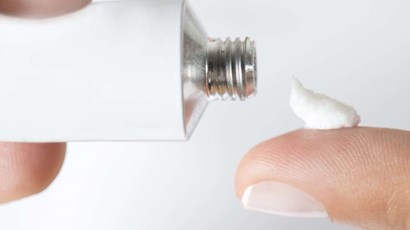 How to use eye ointment 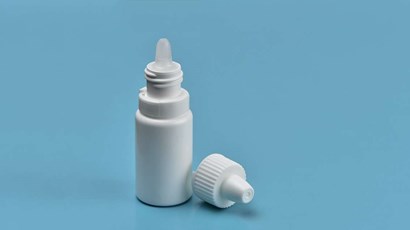 How to use eye drops

can someone please tell me if this looks like herpes or not ! the first 3 images it doesn't hurt at all just feel like a scap . And the last picture it looks like a canker sore but i have only seen...