Wolff-Parkinson-White syndrome is not common but can cause a fast heart rate or other heart rhythm abnormalities from time to time. Treatment can be given for the fast heart rate and also to prevent any further episodes.

What is Wolff-Parkinson-White syndrome?

The accessory pathway in WPW syndrome is known as the bundle of Kent. It is a congenital problem which means that it is present from birth. The majority of people with WPW syndrome have no other heart abnormalities.

So, in WPW syndrome, the normal electrical activity of the heart is disrupted. There is a risk of developing a fast heart rate (a tachycardia) from time to time and other heart rhythm disturbances (arrhythmias). WPW syndrome can lead to what is called a supraventricular tachycardia. Tachycardia is a heart rate over 100 beats per minute (bpm). 'Supra' means above and because the atria are above the ventricles, the tachycardia is supraventricular.

How common is Wolff-Parkinson-White syndrome?

WPW syndrome probably affects somewhere between 1-3 in 1,000 people. It is more common in men. There does seem to be some genetic basis, as WPW syndrome can run in families. However, most cases of WPW syndrome occur in people with no known family history.

Symptoms are caused by the episodes of rapid heart rate (tachycardia). How often these episodes occur can vary from person to person. They can include:

In some people, symptoms can be more severe. An episode of a very rapid heart rate (up to about 250 bpm) can cause:

Many people are not aware that they have WPW syndrome because their symptoms are mild or don't occur very often.

How is Wolff-Parkinson-White syndrome diagnosed?

Medication treatment
Long-term treatment with a medicine may be advised if you don't want to have radiofrequency ablation, or if this has failed. One medicine used is called amiodarone.

Heart surgery is still used in some cases - eg, if radiofrequency ablation has failed and you don't want to take medication for the rest of your life. Open heart surgery aims to find and destroy the accessory pathway that causes the fast heart rate.

WPW syndrome can be life-threatening during an acute episode of SVT but the outlook (prognosis) is otherwise very good. Catheter ablation usually cures WPW syndrome but some people with WPW aren't suitable for this treatment. 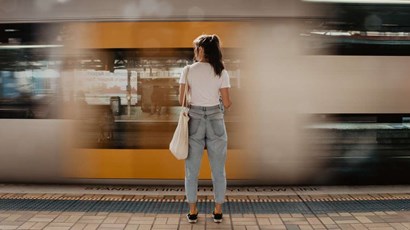 Hi all, I have been getting racing heart rate spirts lasting anywhere from seconds to hours. Usually only when I drink and smoke cigarettes. Seems like it is tied to dehydration, and possibly stress....