When it comes to supporting muscle growth, creatine is one of the most popular natural supplements. Although questions over its safety have been raised, there is no evidence to suggest that creatine supplementation is unsafe in healthy individuals. In contrast, the efficacy of taking creatine to build muscle is highly documented.

"Creatine supplements can be taken to help increase muscle strength and fat-free mass, alongside heavy resistance training," says Reema Patel, registered dietitian at Dietitian Fit. "It is important to remember that an adequate protein and overall energy intake is important too."

Creatine supplementation is a hugely popular way to support muscle strength. Many studies back its effectiveness when utilised alongside a healthy, protein-rich diet and regular strength/resistance training.

Our bodies naturally produce creatine from amino acids. In turn, creatine helps to make a molecule called adenosine triphosphate (ATP). This substance is our bodies' main source of energy for muscle contractions.

95% of our bodies' creatine is stored in the cells of our muscles, and if our levels of creatine are low then the production of ATP is significantly reduced and our energy can be dramatically decreased. Without energy, we can't perform well during exercise, and without adequate resistance exercise our muscle tissues cannot go through the process of tearing and rebuilding. It is this process that increases muscle mass over time.

Aside from creatine supplementation, the factors that affect our bodies' creatine storage levels include natural food sources of creatine, how much muscle mass we have, how much we exercise and the levels of protein and certain hormones like testosterone we have.

How does creatine help you to build muscle?

Increasing the production of ATP can be described as creatine's primary function during high-intensity exercise. However, there are several other ways in which creatine helps us to build muscle. Creatine:

How effective are creatine supplements at supporting muscle growth?

Many studies have looked at the effectiveness of consuming additional creatine through supplements, and found this to be effective for muscle building and strength.

These positive results are subject to the participants also following high-resistance training routines, and the effectiveness is compared to those who follow similar training exercises without supplementation.

Other health benefits of creatine

It is also worth noting the other potential health benefits of increasing your creatine stores. As a small percentage of creatine is stored in the brain, an increase in creatine storage can protect against neurological diseases, such as Alzheimer's and Parkinson's. Creatine supplementation has therefore been studied as a possible therapeutic agent for such diseases.

Is yoga good for weight loss?

If you're struggling with your weight, yoga can be a useful tool for weight loss. The changes yo...

Is creatine bad for you?

Creatine supplementation has received some bad press, and anecdotal claims of side-effects including cramping, increased risk of injury, dehydration, and liver and kidney damage have spread.

In fact, there are a lot of data that debunk any connection between some of these side-effects and taking creatine. For example, some studies have found that supplementation does not increase the risk of injury or cramping, and other studies suggest that it has no impact on significant health markers.

The ISSN describes creatine supplementation as "safe, effective, and ethical" and calls out its "outstanding safety profile". This said, safety can never be guaranteed, especially when it is administered for a long period of time. A lot of data have focused on young, healthy adults. Groups such as the elderly or the very young are less studied.

Who should take creatine supplements?

Although creatine supplementation has been widely researched and tested for adults, fewer investigations have looked at its use and safety for adolescents and children. While no studies have found adverse effects in children, it's advised that creatine supplements should not be taken until after puberty.

There is also little research into their safety in pregnant or breastfeeding women, so should be avoided in these situations. In addition, you should avoid creatine supplements if you have chronic kidney disease or are taking medicines which have kidney damage as a potential side-effect.

For adults, creatine can be taken by anyone who is regularly participating in high-intensity exercise where the muscles are used. It should be noted that taking creatine won't benefit the kind of exercise that lasts more than 90 seconds, such as long-distance running.

How much creatine do you need?

"Supplementation of around 0.1 grams (g) per kilogram (kg) of body weight with creatine monohydrate is usually a recommended dose, alongside regular heavy resistance training," advises Patel.

You may also want to break your creatine supplement doses into two distinct phases. The first is known as the 'loading phase', which involves taking slightly more creatine - 0.3 g per kg of body weight - for the first 3-7 days. This is followed by the 'maintenance phase', where you take around 0.1 g per kg of body weight to maintain the elevated creatine stores in your muscles. ISSN recommends this method as the quickest way to increase muscle mass.

It should be noted that the method of 'cycling', in which you alternate between using creatine supplements and not using them every couple of weeks, has not been scientifically proven to increase effectiveness.

Remember, creatine supplements are only effective when taken in addition to natural sources of creatine. We get a large portion of creatine through the foods we eat.

Since creatine is mostly found in animal protein, people who follow a plant-based diet can instead aim to consume foods that are rich in amino acids, as these in turn help our bodies to synthesise creatine.

How much protein do you need to build muscle?

How to get into CrossFit exercise safely as a beginner 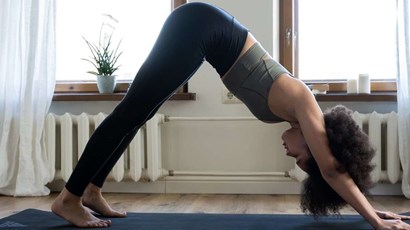 Is yoga good for weight loss? 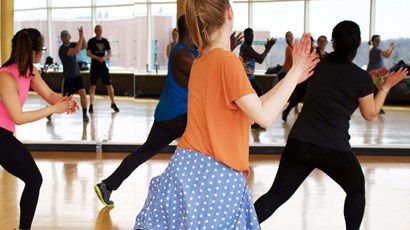 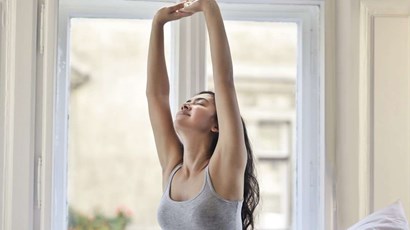 7 morning stretches to get you ready for the day

How much protein do you need to build muscle?