When we think of relaxing activities, settling down to watch a film about a serial killer stalking a victim with an axe probably isn't what comes to mind. Despite this, lots of us love watching horror films - and although it sounds counterintuitive, some people even find these help to reduce stress.

"There are a variety of mechanisms by which consuming horror-based entertainment can reduce our anxiety or stress," explains Lee Chambers, psychologist and well-being consultant.

"While our conscious perception is able to understand that what we are seeing is simulated, our amygdala detects fear and prepares us for threatening situations. This ability to experience negative emotions in a safe and controlled environment can become a sandbox to explore limits and reactions in."

Watching scary films may also provide a sense of relief because they provide a sense of well-defined fear with a clear source and an element of control. Unlike in real life, we are able to pause films when they become too much. We can hide behind our hands or turn the TV off to return to our familiar environment.

"There is no doubt that being in a comfortable and safe environment plays a role in how people can experience fear in a controlled way. You are in control of the consumption tolerance," says Chambers. "And there's even a case to say that you can gain a feeling of mastering and controlling your fear as you go through the movie and repeatedly test your fear response."

A form of exposure therapy

Horror films can also help us to face our fears in a safe, controlled environment. Essentially, viewers are engaging in a form of exposure therapy, a psychological treatment developed to help people confront their worries and phobias. It is based on the theory that exposing someone to things they are afraid of can help break patterns of avoidance and fear.

"Some individuals report that facing fear while in comfort gives them valuable exposure, coping strategy practice and a feeling of control," says Chambers. "Even though watching horror films is generally edge-of-seat inducing, we often find a place where we know that the outcomes are out of our control, and that it is likely that justice will prevail in the end."

Yuko Nippoda, a psychotherapist and spokesperson for the UK Council for Psychotherapy (UKCP), adds that testing our fear limits within safe boundaries can also help to reinforce our sense of safety.

"When people watch scary films, they might overlap the image of the danger of the outside world with their own life and they know they're safe as long as they are at home," she says. "Then their sense of safety is reinforced. Let's imagine there is a big storm, but we feel safe inside the house. The sense of security reduces stress."

Margee Kerr, a sociologist and author of Scream: Chilling Adventures in the Science of Fear, has carried out research on the 'fear enjoyment complex'. She suggests that fun-yet-scary experience may be able to recalibrate what we register as stressful, while providing a confidence boost.

To explore this idea, Kerr carried out a study in a haunted attraction in Pennsylvania. More than 260 guests were asked to fill in a survey about their expectations and how they were feeling before and after they headed into the haunted house. Their brainwave activity was also tracked.

The results showed the guests experienced higher moods straight after the scary activity - and the more scary their experience, the better they felt. While some said they had challenged personal fears, others stated they had learned more about themselves.

In a separate 2019 study, Kerr and her colleagues found that the euphoria people feel after engaging in fear-inducing activities "could help individuals to cope with subsequent stressors" by reducing the brain's neurochemical responses to fear-inducing stimuli.

Why your anxiety at night can feel so intense

Anxiety can affect every part of our lives, but anxiety at night can often feel much worse than ...

In real life, the triggers for anxiety can feel relentless. Whether it's work, family or COVID-19, it's easy to get caught up in an endless cycle of worry. For people with an anxiety disorder, there may not be a single cause.

However, horror films offer a clearly defined threat with a definite end. They can keep us distracted from everyday worries and provide temporary relief from anxious thoughts. "Horror films can also induce a level of presence that suspends many anxiety symptoms,” explains Chambers.

"There is also the potential to feel a sense of relief that you are not the victim, or feel that you can learn from the victim's situation about how to avoid potential real-life threats."

Yet despite this, horror films were popular in 2020 - but not only because they provided a distraction from the real-world disaster unfolding outside. The pandemic thriller Contagion became one of the most-watched films on iTunes, with some researchers attributing this to our desire to be prepared.

According to a University of Chicago study, scary films can act as simulations of actual experiences from which individuals can gather information and prepare themselves for the real thing. Frightening films like Contagion, the researchers found, may help audiences "practise effective coping strategies" that may well be put to the test in reality.

A sense of relief

And finally, horror films can trigger our fight or flight response, which can lead to a sense of relief or satisfaction afterwards. This state of high alert is characterised by the release of stress hormones such as cortisol and adrenaline, leading to an increased heart rate, higher blood pressure and faster breathing. It's a biological response to a perceived threat, allowing us to react quickly.

When watching scary films, research shows the content can trigger our fear response. Yet when the threat is gone - when the film comes to a conclusion - we calm down. Often, we experience a feeling of relief or even pleasure.

"Some people derive enjoyment from frightening films. The physiological response we get from being scared, stimulating the release of adrenaline and dopamine, increases our arousal and can create a euphoric or thrilling feeling," says Chambers.

However, it's important to be mindful that not everyone finds horror films enjoyable. For some, scary films can trigger worries or trauma, depending on the content. While films can create excitement, they can also be a catalyst of stress.

"We need to be mindful that for certain anxiety disorders and some people who have experienced trauma, these types of entertainment can be triggering and amplify our fear of being fearful," says Chambers.

Ultimately, not everyone derives joy from triggering fear and experiencing an adrenaline rush. It can depend on the person, their life experiences, background and their reaction to environmental stimuli. So before putting on a horror film with friends, it might be best to check if everyone is OK with it. 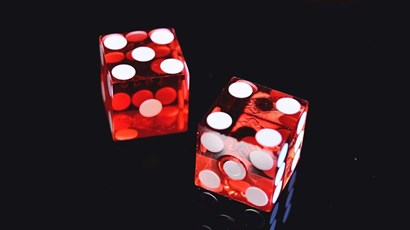 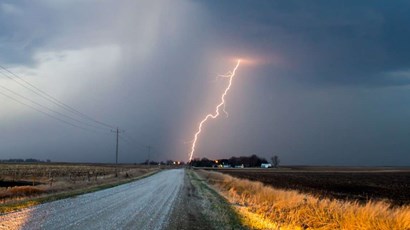 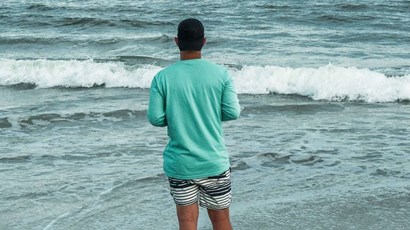