There's nothing funny about being told you have cancer. But for comedian and cancer information officer Karen Hobbs, stand-up comedy helped her to cope with her diagnosis and the bizarre things that happened throughout treatment.

In the autumn of 2014, then 24-year-old Karen Hobbs noticed that she was bleeding a little between periods, no more than a bloody discharge that she put down to having taken pill packets back to back whilst she was on holiday. After she had sex with her then boyfriend, she found herself bleeding.

"There was bright red blood. All over me, all over him and then on the bed and around my vulva. That was quite scary."

'Thrown in at the deep end'

The bleeding wasn't normal for Hobbs and so she headed online to do some research - although she recommends avoiding 'Dr Google' and heading to your GP if you're worried about abnormal bleeding.

"I just typed in 'bleeding after sex'. I didn't have a clue what it could be. I was like: 'I'm not in pain so I don't think it's the sex that caused it'."

"I was really, really shocked when I saw cervical cancer. But I don't know if it's just because I've done a drama degree so I'm always dramatic!"

Worried, Hobbs booked an appointment to see her GP. She went for an STI test to rule them out as a cause of the bleeding.

They saw that Hobbs's cervix was inflamed and encouraged her to go to her booked GP appointment in a couple of weeks to be referred for a colposcopy, an examination of the cervix using a special microscope, given that they had ruled out STIs as a cause.

During the colposcopy, Hobbs could see her cervix on the screen in front of her.

"Imagine a glazed doughnut with a ring in the middle. Imagine if that glazing is angry and lumpy and red and bleeding. So it was the most disgusting doughnut you could ever think of."

The nurse doing the colposcopy decided to bring in a consultant to look at Hobbs's cervix. He took a biopsy, a small tissue sample to be sent off for testing.

"When he said: 'Get dressed and come and have a seat', I knew then that I had cancer, because why else would he be talking to me?" she says.

Hobbs had to wait the standard two weeks for the results of her biopsy to come back before they could confirm that it was cervical cancer. She then had an MRI scan to find out if the cancer had spread - thankfully it hadn't.

"It was almost like being told I didn't have cancer because I knew it was self-contained. The worst bit was not knowing how much of it was there, what stage it was and how likely it was that I was going to die from this."

Hobbs's surgery involved a radical trachelectomy which takes out the cervix, the surrounding tissue and the top part of the vagina.

"I was in hospital for about five days after the surgery and then I had to wait three or four weeks to find out if the cancer was in the lymph nodes. I'm almost glad I was in a lot of physical pain, focusing on sitting up by myself, rather than spending those few weeks worrying about whether it actually had spread and whether we'd need to do more treatment."

"In early 2020, hopefully we'll be able to say it's five years all clear and it has flown by," she says.

Standing up to cancer

For Hobbs, part of the motivation for doing stand up about her experience of cancer was wanting to educate and support others going through the same experience.

99.7% of cases of cervical cancer are caused by the human papillomavirus (HPV). As she was 24 years old, Hobbs was too old to have received the HPV vaccination and too young to have had her first cervical screening. Cervical cancer is most common in sexually active women aged 30-45, and the screenings are estimated to save around 4,000 lives a year.

Hobbs set up her Quarter-life Cancer blog and started writing blog posts about going through cervical cancer at such a young age.

"They became funny. I know cancer isn't funny. It is a cruel, horrible disease with many different faces. But the stuff that happens when you're getting diagnosed with cancer or going through treatment is so funny," she says. "Like, I thought I had to be freshly shaved and baby-wiped ready for my internal check-ups and examinations. So I would pluck myself like a chicken and use really nice baby wipes so I was fresh and sparkly. I soon realised that doctors don't care about that."

Like many people grappling with a cancer diagnosis, Hobbs found herself looking up strange natural 'cures' to help get rid of the cancer.

"I was like, 'right, I'm going to drink green tea and then when I go for my next appointment, they’ll say I’ve cured myself'. Then I drank loads of green tea, went to the loo and the toilet bowl was bright red. I was like 'Oh my god, I’ve done it'. Then it was like 'Oh, no, I had beetroot at lunch'."

Hobbs laughs at the lengths that she went to to reassure herself during treatment.

"You sort of bargain with yourself. Like, if I don't bitch about that person who really annoys me then they'll say it's only stage one. If I take a nice candle with me but don't light it then the surgery will go really well because the smell will make me more relaxed and my body will be more receptive."

Telling cancer to chuff off

"It's a really scary subject. Laughing about it, I hope, doesn't detract from the severity of the situation or belittle anything that I or anyone else in a similar situation have gone through," says Hobbs. To her, comedy can be used to put people at ease and help them to learn.

Talking about going through cervical cancer allows Hobbs to take control of the experience.

"It's cathartic for me to get up on stage and to laugh about the ridiculousness of some of the situations. It feels good because it was a really horrible, scary thing to go through. So the fact that I've chosen to do comedy about what is hopefully the worst thing that ever happens to me, it feels like: I've had cancer; cancer didn't have me. It’s taking ownership of something that happened. For me, this was a chapter in my life and I'm now using it for good, rather than this is the thing that defines my life."

She now uses her experience in her day job working as the cancer information officer at gynaecological cancer charity The Eve Appeal and runs the Ask Eve information and advice service with their gynae nurse. She also does workplace talks and online information, and represents the charity at events and on panels.

Hobbs's stand-up comedy shows have undeniably had an impact on her audiences, as well as on her.

"Even if one person afterwards says: 'I'm going to book my smear test'. It makes absolutely everything so worth it. It's the best feeling in the world."

Karen Hobbs is currently talking about her experience in a split bill comedy show called 'Pussies' at the Edinburgh Fringe until the 25th August. 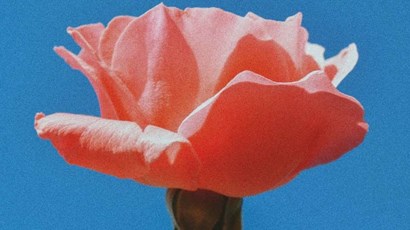 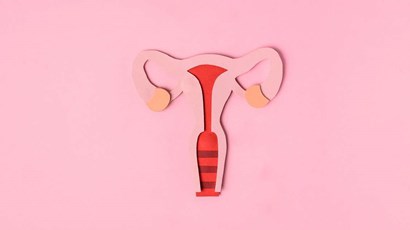 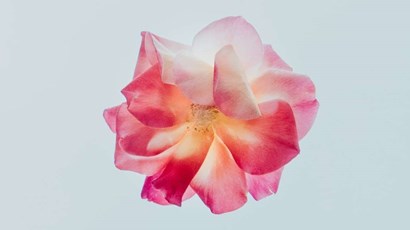 Yesterday I noticed this bump on the front left of my neck. It doesn't seem like there's a corresponding one on the right. No pain and not hard, more squishy. When I sleep on my left side, all I can...