Radiotherapy is used increasingly to treat some cancers. The benefit of radiotherapy and how it is used varies between different cancers. It can be used:

Radiotherapy is a treatment for cancer. This may be breast cancer, lung cancer, testicular cancer, or any other type. High-energy beams of radiation are focused on cancerous tissue. This kills cancer cells or stops cancer cells from multiplying.

What are the aims of radiotherapy?

To cure the cancer

A cure is the aim in many cases. Some cancers can be cured with radiotherapy alone. Sometimes radiotherapy is used in addition to another main treatment. For example:

To control the cancer

If a cure is not realistic, with treatment it is often possible to limit the growth or spread of the cancer so that it progresses less rapidly. This may keep you free of symptoms for some time.

Even if a cure is not possible and the outlook is poor, a course of radiotherapy may be used to reduce the size of a cancer. This may relieve symptoms such as pain or pressure symptoms from the tumour. This is called palliative radiotherapy.

There are two main types of radiotherapy:

New ways of giving radiotherapy are being developed. These may be used for the treatment of some but not all cancers. These new methods are becoming increasingly available in the UK. The new methods of radiotherapy include:

External radiotherapy is the most common type of treatment. A machine is used which sends out (emits) radiation - usually high-intensity X-rays. Other types of radiation are sometimes used. As radiotherapy equipment is very specialised (as well as very big), radiotherapy departments are usually in the larger regional hospitals. This means you may have your initial cancer treatment (such as surgery) at your local hospital and may then have to travel to a different hospital for radiotherapy.

Planning a course of treatment

Treatment sessions continue until you have had the total dose of radiation. By having a small fraction of the total dose on many sessions, it is more likely to work better than having the whole dose at one session, and it reduces the severity of side-effects.

During each treatment session, the aim is to get as much of the radiation as possible to focus on cancerous cells, with as little radiation as possible to affect normal cells. The technology of radiotherapy has improved in recent years. Modern scans such as magnetic resonance imaging (MRI) and computerised tomography (CT) scans can define the position of tumours much more accurately than in the past. The beams of radiotherapy can, therefore, often be accurately focused on the tumour. So, in recent years, this has increased the effect of radiotherapy treatment whilst reducing side-effects.

Before the first session, your specialist will carefully plan the exact direction and approach of the radiation from the machine. The specialist will also plan the exact position you need to lie in for each session of treatment. The specialist may mark a site on your skin with permanent ink. This is the target and ensures that during each treatment session the radiation is aimed at the same spot. Sometimes a more permanent tiny tattoo is used for the same purpose.

Sometimes a special cast is made which is put over the area to be treated during each treatment session. A mark is placed on the cast (instead of on the skin) as the target for the radiation machine to aim at. A cast is particularly useful for treatment of certain cancers of the head and neck. The cast keeps the head perfectly still and in the same position for each treatment session.

What happens during treatment sessions?

You may be asked to put on a hospital gown for each treatment session. The treatment is given in a special radiotherapy room. You will usually lie on a couch and the radiation machine is positioned above you. The therapist may adjust your position and adjust the angle and position of the machine. This means that when the machine sends out (emits) radiation the rays are focused at exactly the right part in your body. Lead shields may be placed over certain areas of your body to protect them from the radiation.

By Dina Wakulchik, via Wikimedia Commons

When you are settled, the therapist has to go out into a separate control room. This is for their protection from repeated exposure to radiation. In the control room they can see you via a TV monitor or through a window, and you will still be able to talk to them. The therapist then uses controls to emit radiation from the machine for a short time.

Each session of treatment usually only lasts a few minutes (although it may take several minutes to position you and the machine correctly each time). During each treatment session the radiation may be emitted several times in short bursts from different angles. This may mean that you need, or the machine needs, to be adjusted a few times during a treatment session. One reason why this may be done is that, although each burst of radiation will focus on the cancer, each burst will pass through different parts of your body on the way. This aims to reduce damage to normal tissues.

The actual X-rays do not hurt. You do not feel the radiation going through your body and it is not hot. It is just like an X-ray test such as a chest X-ray, which is painless. However, a skin reaction may develop at the site of radiotherapy days or weeks after starting a course of external radiotherapy. That is, the skin through which the X-rays have passed can become red, sore or itchy. Some people describe recent surgical scars and wounds on affected skin also becoming painful at some point during a course of radiotherapy. If this occurs, then mention it to your doctor or specialist.

This involves inserting a small radioactive implant into the cancerous tumour or next to the tumour. The implants come in different shapes and sizes (small rods, pellets, etc) and can contain different radioactive materials. An anaesthetic may be needed to allow the doctor to place the implant in the correct place. Radioactive implants are used mainly for some cancers of the womb (uterus), the vagina, the back passage (rectum), the neck of the womb (cervix), the prostate gland, the mouth and the neck. This is sometimes called brachytherapy.

Does radiotherapy make me radioactive?

External radiotherapy does not make you radioactive. The radiation comes from the machine and does not stay in you.

However, for internal radiotherapy, whilst a radioactive implant is in place you will be sending out (emitting) a certain amount of radioactivity. This is why there may be restrictions on your movements and visitors whilst certain types of implant are in place. However, most of the radioactivity is concentrated around the tumour being treated. Once the implant is removed, you no longer emit radioactivity.

What are the side-effects of radiotherapy?

Radiotherapy aims to kill or damage cancer cells but, inevitably, some healthy cells will be damaged, which can lead to side-effects. Normal cells are usually able to recover better than cancer cells and side-effects are often temporary (although some are permanent). Also, even with the same treatment schedule, different people can react differently and some people develop more severe side-effects than others.

The most common side-effect that people experience after radiotherapy is tiredness. This can even start after your radiotherapy has been completed.

As mentioned, some people develop a local skin reaction days or weeks after having external radiotherapy. Your skin can become red, sore or itchy, and sometimes painful. You should avoid using any cream on the area receiving radiotherapy (unless prescribed by your doctor). Any changes to your skin will usually settle down 2-4 weeks after the radiotherapy has finished. However, sometimes the area may stay slightly darker than the surrounding normal skin.

Your specialist will normally discuss with you the possible side-effects that may occur following radiotherapy to the particular area being treated.

Can radiotherapy actually cause cancer?

It is well known that radiation is a risk factor to developing certain cancers. Some people are concerned that radiotherapy treatment for a cancer may itself cause a second cancer. However, a research study has provided some reassuring results. The study looked at over 640,000 cancer patients who had been treated with radiotherapy. The study concluded that, on average, about 5 in 1,000 people who had undergone radiotherapy treatment developed a subsequent cancer within 15 years as a result of the radiotherapy. The risk varied somewhat, depending on which part of the body was treated. (Some parts of the body seemed to be more prone than others to a second cancer caused by radiotherapy.) However, the overall low risk is reassuring, especially when you compare it with the benefit of radiotherapy. 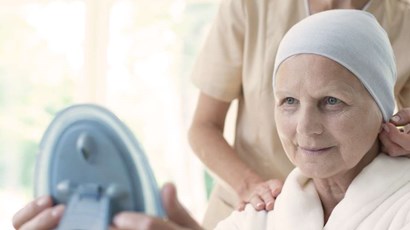 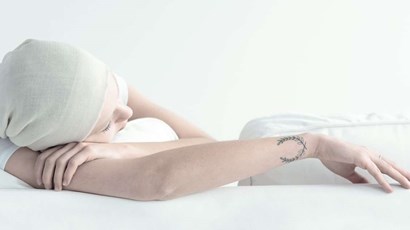 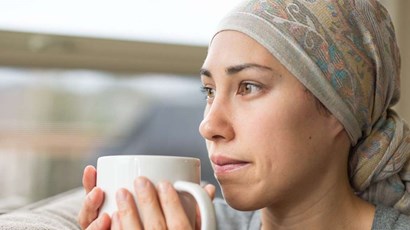 How cancer can affect your mental health 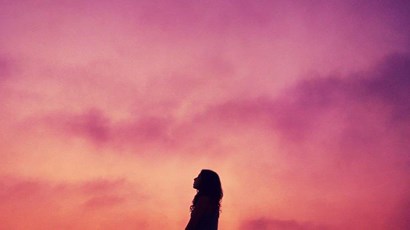 How to look after yourself during cancer treatment and chemotherapy

Notes on Radiotherapy: What It Is, Uses, and Side-Effects
Share
https://patient.info/cancer/cancer/radiotherapy
Copy link Copied