Childhood illnesses that can strike adults

Some things we expect to be able to leave behind us when we grow up - first crushes, school-ground teasing and acne to name but a few. But some of the illnesses we usually associate with childhood can strike when you're an adult. Read on to find out if you need to think again about nursery infections.

We tend to think that only children get tonsillitis, but this infection of the tonsils (in the back of the throat) can affect adults. Fortunately, it gets less common from your 20s onwards, when tonsils tend to shrink naturally. Most throat infections are caused by viral infections, especially in adults, so antibiotics don't help. However, 'warning symptoms' include:

If you have three or all four of these, see your GP about possible antibiotic treatment. We know how hard it can be these days to get an appointment with a GP, especially urgently. So you may want to consider finding a local community pharmacist who offers a private (paid for) service to diagnose and treat bacterial sore throats. Their diagnosis is just as accurate as your GP's - in fact, they also do an on-the-spot test which can tell with a high level of accuracy whether you have a bacterial infection.

If you don't have at least three of these symptoms, your symptoms are far more likely to be due to a viral infection and your GP or pharmacist won't issue antibiotics. The good news is that simple painkillers and a few days of taking it easy should have you back to normal.

These most unwelcome of invaders are most common among children. However, catching head lice from the grandkids could be considered a badge of honour - they need close head-to-head contact to spread, so it's a sure sign you're giving lots of cuddles!

They have nothing to do with being dirty (they're just as fond of clean hair!) and don't cause serious complications, but can give you an itchy scalp. Your pharmacist can advise on special combs to detect head lice. They can also explain all the treatment options and sell the one you decide between you is best for you.

Catching chickenpox as a child, as 90% of us do, usually gives lifelong protection against further infection. Occasionally, adults do get this infection with its fever and clear blistery rash. Chickenpox vaccine isn't part of the routine childhood vaccination schedule in the NHS. However, it is available from some pharmacists as a private (paid for service) for those aged 3-65 years who aren't pregnant, breastfeeding or trying for a baby.

If you get chickenpox as an adult, you should see your GP straightaway, as he or she may recommend a course of antiviral medicine which works best if it's started in the first 24 hours after the rash appears.

If adults catch mumps they are more likely to get complications than children are. In men these include painful swollen testicles which affect up to one in four adult male sufferers and, rarely, inflammation of the brain.

Mumps in early pregnancy may increase the chance of miscarriage. Fortunately this is one example of children's immunisations helping all of us. Before routine childhood immunisation against mumps was introduced, 1,200 people a year ended up in hospital with complications. Today, immunisation has reduced the number of cases among adults as well as children by over 90%. Thanks, kids!

Before the whooping cough vaccine was introduced, up to 150,000 cases a year were reported in the UK. However, immunity from the vaccine wanes in adulthood, so adults are now more likely to get it than children.

The vaccine is given to babies as they're the ones most likely to get complications, including pneumonia and even death. Importantly, these vaccines are given at 2,3 and 4 months as part of the NHS childhood vaccination schedule - you need all three vaccinations for full protection, so they're probably five months old before they're 100% safe.

To protect tiny babies, who are the ones most likely to suffer serious complications such as brain damage. all pregnant women are offered vaccination. It's given between 16 and 32 weeks to offer the best protection to your baby through antibodies passed from you to them during the later stages of pregnancy.

In adults, whooping cough causes distressing bouts of coughing which go on for a couple of months, but rarely gives rise to serious complications. However, if you become acutely short of breath, develop sharp chest pains when you cough or cough up blood or rusty sputum, do see your doctor. 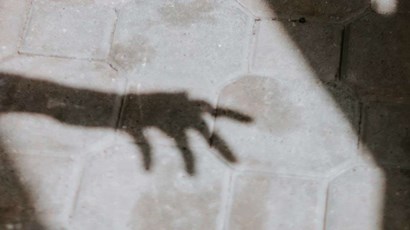 Childhood illnesses that can strike adults

TINY THREADLIKE LIVE WORMS SHARP EDGES.  First thought was horrible acne. I would try and squeeze out the acne but that seemed to disrupt the area more and it would become huge and inflamed. I found...