How technology is changing diabetes

There are also analytical tools that can be used, such as a tool to analyse photographs of the back of the eye (retina) and so enable earlier diagnosis of diabetic retinopathy.

Improving monitoring of glucose and ketones

Traditionally glucose monitoring has required using lancets to get a drop of blood on to a test strip. Continuous glucose monitoring has become available to provide a more complete picture of blood glucose levels. This measures blood sugar levels throughout the day and night using a tiny electrode or glucose sensor inserted under the skin. The monitor alerts you if your reading is too high or low. This ongoing monitoring makes it easier to make adjustments before your blood sugar levels become very high or very low.

Glucose monitors have tended to be big and bulky in the past but modern devices have become much more streamlined and much easier to use, as well as providing much more accurate monitoring. Most of these devices are also compatible with Apple and other widely used devices. As an example, the iHealth Smart Gluco-Monitoring System connects wirelessly with your smartphone to provide more accurate information that can easily be exported and shared with your healthcare professional.

Technology is also making it much easier to keep an accurate record of your daily blood sugar levels, food intake, physical activity and medication. For example, the iHealth Smart Glucose Meter functions with the iHealth Gluco App, a mobile health app, to allow users to log their daily activities and other information.

Apple has announced that a new Bluetooth application programming interface will allow users of Apple Watch to link the device directly with a glucose sensor from Dexcom.

A small glucose monitoring patch (Freestyle Libre system) is available in the UK. The patch, with a sensor placed under the skin, can be applied to the back of the arm and each patch lasts for two weeks. The blood glucose readings can also be transferred to a smartphone. It offers fingerprick-free glucose testing but, unlike continuous glucose monitoring systems, does not automatically alert you if your sugar is low or high.

Research into future sensors is getting even more exciting. A sensor being developed in South Korea monitors blood sugar levels by analysing the sweat on your skin. Also in development are 'smart socks' which use temperature sensors to detect areas of swelling on the feet and send an alert to a mobile app, preventing further injury if you have any nerve damage with loss of sensation in your feet.

There is also now a range of available biosensors to measure and quantify ketone levels to help people with type 1 diabetes become aware of possible ketoacidosis much sooner.

Smart insulin pens are becoming available which not only calculate your dosage but also track and record the doses to help ensure you don’t forget your insulin injections.

Although insulin pumps have been available since the 1990s, technology is improving and making them more accurate and effective to use. Pumps are worn close to the body and release insulin as needed via a catheter located under the skin. Modern insulin pumps contain a range of sensors to ensure the safe and controlled delivery of insulin.

Progression in both glucose monitoring and insulin delivery technologies is allowing the delivery of insulin in the same way as a normal pancreas. This effectively produces an 'artificial pancreas' system that can deliver controlled insulin doses based on the blood glucose levels indicated by accurate sensors.

In July 2015, Dr Edward Damiano introduced the iLet, a bionic pancreas. The iLet is a single hand-held unit. The user wears a continuous glucose sensor on the body. This sends glucose levels directly to the iLet device, which has two built-in pumps that deliver insulin and glucagon. This has the potential of bringing average glucose levels down to levels that would reduce the risk of long-term complications and reduce the risk of hypos.

'Smart Insulin' is being researched in the UK. This involves capsules which travel through the body and release insulin when they come into contact with high levels of blood sugar.

Although inhaled insulins remove the need for using needles, they have so far failed to make any significant impact.

In 2006, the US Food and Drug Administration (FDA) approved the use of Exubera, a form of inhalable insulin. In 2007, Pfizer announced that it would no longer manufacture or market Exubera.

In June 2014, the FDA approved Afrezza, another fast-acting inhaled insulin. In 2014 Mannkind and Sanofi agreed that Sanofi would take over manufacturing and marketing of Afrezza, but Sanofi said it was dropping the effort in January 2016 due to poor sales. However, Afrezza continues to be available.

In general, inhaled insulins have been more rapidly absorbed than subcutaneous injected insulin, with a faster peak concentration. Therefore inhaled insulins must be used with long-acting insulin injections.

Technology is also improving the way doctors collect, track and analyse data to provide more effective care. Telemedicine can be provided remotely to give more patients access to care. This type of care provides more immediate responses to concerns.

Telling your date about your diabetes

The future of diabetes treatment 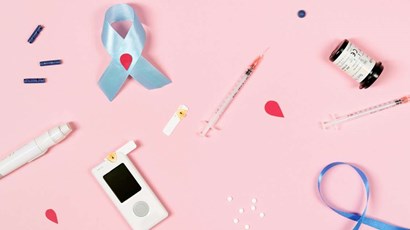 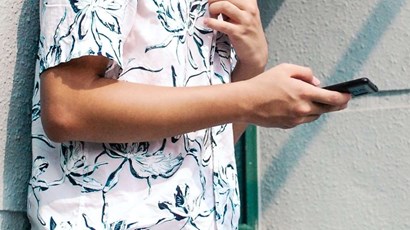 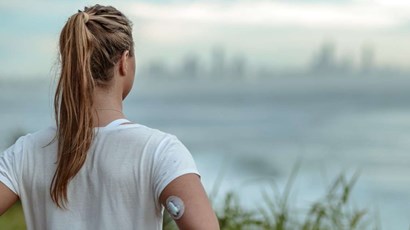 Telling your date about your diabetes