Is the vagus nerve the key to our mental health?

The vagus nerve provides two-way communication between the brain and organs including the heart, the lungs and the gut. Stimulating it via an electrical implant can alleviate symptoms of epilepsy and depression. We ask the experts about the exciting possibilities in this area of medicine.

What is the vagus nerve?

The vagus nerve (pronounced vaa-gus, as in Las Vegas) is currently trending in popular health culture as the 'key to well-being'. There is extensive clinical evidence and scientific research into vagus nerve stimulation (VNS) via a minimally invasive, subcutaneous (under the skin) implant.

This latest research has triggered a more general interest in whether stimulating the vagus nerve via other means - such as diaphragmatic breathing techniques, cold water immersion and external devices (transcutaneous vagus nerve stimulation) - might also have health benefits.

Why is the vagus nerve so important to mental health?

The vagus nerve is the longest of the nerves that arise from the brain and communicate with different parts of the body, modulating several essential processes.

"The vagus nerve is part of the autonomic nervous system (ANS)," he explains. "As the key nerve pathway of the parasympathetic division of the ANS, the vagus nerve is responsible for the body's relaxing response - for example, after a stressful situation."

The autonomic nervous system is responsible for breathing, digestion, heart rate, sneezing and so on - bodily functions of which we don't have full conscious control.

"The autonomic nervous system is made up of two divisions," he adds. "The sympathetic nervous system is about stimulating our body into action; often called the 'fight or flight' response. The parasympathetic nervous system, by contrast, decreases breathing and heart rate and increases digestion. It helps us to relax - to 'rest and digest'.The sensitive vagus nerve picks up information from the body (eg from the lungs, liver, intestines and heart) and sends it to the brain for analysis and interpretation. The brain then sends messages and commands back down to the organs - for example, when fighting acute inflammation."

What is vagal tone?

Vagal tone (vagus nerve activity) reflects the ratio between sympathetic and parasympathetic signals, and thereby how well the vagus nerve is functioning. This information can be measured using an electrocardiogram (ECG) to assess heartbeat patterns.

Vagal response decreases as we age and some people have a stronger vagal tone than others. This may mean they are able to relax more quickly and easily after stress.

One study found that if you have a strong vagal tone, your body is better able to regulate blood glucose levels, meaning you may be at reduced risk of stroke, diabetes and cardiovascular disease. (However, other studies suggest it may be insulin resistance which contributes to reduced vagal tone through microvascular damage).

A low vagal tone means the vagus nerve isn't functioning as it should. This may lead to a heightened stress response which becomes chronic, possibly resulting in depression, anxiety, gut issues and inflammation.

"There are a lot of physiological processes that are controlled by vagal tone because our body is always in this state of 'activation' and 'relaxation', called homeostasis," says Fetzer. "The vagus nerve is key to this process. You need this good flexibility of your heart and this counter play between the sympathetic and parasympathetic nervous systems to stay healthy.

"It has been shown that patients with epilepsy before, during and after a generalised tonic-clinic seizure (often called a 'grand mal' seizure) may lose vagal tone completely. These repeated episodes of 'sympathetic overdrive' are thought to contribute to the high risk of sudden cardiac death in patients with epilepsy."

Around a third of epilepsy patients don't fully respond to anti-seizure medications, so the search has been on to find a successful treatment for this group.

"It became evident that vagus nerve stimulation is an efficient and elegant way of activating essential brain regions without doing direct brain surgery," says Fetzer. "Yet it must be emphasised that epilepsy surgery is the first option in drug-resistant patients."

During vagus nerve stimulation surgery, which takes about an hour, a small pulse generator is implanted by a neurosurgeon into the left upper chest. Then a lead wire is routed under the skin to the neck where the electrodes will be attached around the vagus nerve. The treating doctor can then adjust the stimulation to optimise the therapy for each patient.

It may take a few months to see an improvement in symptoms. Studies have shown improvements in seizure frequency with vagus nerve stimulation in children and adults with drug-resistant epilepsy.

"Something interesting happened during early clinical studies of vagus nerve stimulation for epilepsy," adds Fetzer. "Doctors observed that epilepsy patients enrolled in these studies also began to feel happier and less depressed. There was an obvious mood improvement, even before any seizure reduction was seen."

Dr Girish Kunigiri is a consultant psychiatrist at the Bradgate Mental Health Unit in Leicester. He has recommended vagus nerve stimulation to patients with resistant depression.

"The response to any antidepressant medication is generally about 50% in primary care," he says. "Sometimes we are unable to identify why people don't respond. A small percentage of patients don't respond to multiple treatments and we call this resistant depression."

As vagus nerve stimulation is an expensive new treatment, Kunigiri's team has only referred patients for the surgery if they have not responded to any other intervention. That means they have tried at least four different antidepressants, two mood stabilisers, two sets of psychological interventions (such as cognitive behavioural therapy) and a course of electroconvulsive therapy (ECT).

Kunigiri's patients are part of a study that will map their progress over five years. So far, the study shows that improvement happens about 6 to 12 months after the vagus nerve stimulation implant is activated. The response then keeps on increasing year on year.

"The positive response after five years is about 70% which is extremely encouraging," he adds. "I had a male patient who had had multiple hospital admissions for depression. Prior to becoming unwell he was high functioning, successful at work, had an excellent quality of life and had a good family life. Then he suddenly developed this serious depression, took an overdose and was in the intensive care unit and later admitted to the mental health unit for nearly nine months.

"He had tried everything including ECT and hadn't responded. A year after the vagus nerve stimulation procedure he was doing so well, not just in terms of his mood but also his functioning. He is now volunteering for a local charity and keeping busy taking his granddaughters out and about."

Kunigiri says the side effects of vagus nerve stimulation are usually short-lived and not serious. These include mild temporary cough, hoarseness and changes in tone of voice that improve over time.

Vagus nerve stimulation by other means

Many biofeedback therapies and yoga techniques are based on breathing pattern, which activates the autonomic nervous system in general, but the vagus nerve in particular. This is why a longer exhalation than inhalation helps induce a relaxation response. Clinical studies about respiratory vagal nerve stimulation in 2018 and 2019 corroborate this and also demonstrate that taking longer, slower out breaths improves heart rate variability.

"Some yoga exercises that are accompanied by deep, diaphragmatic, slow breathing have been suggested to indirectly activate certain branches of the vagus nerve," says Fetzer. "This is why when someone is stressed it is common to ask them to take deep breaths, calm down and breathe slowly. But of course, intractable epilepsy and depression require vagus nerve stimulation that is direct and specific, not just minor vagal stimulation now and again. It needs way more research to understand whether vagal stimulation through breathing and so on has any real therapeutic effect other than relaxation."

Cold water swimming and cold showers are scientifically proven to boost vagal activity, though the clinical significance of the research is yet to be determined. One study from 2006 has demonstrated that dipping your face in ice-cold water also positively affects vagal tone.

NICE has concluded that the evidence for effectiveness of vagus nerve stimulation in these conditions is limited, although there are no major safety concerns. They therefore recommend that for cluster headache and migraine, vagus nerve stimulation 'should only be used if extra care is taken to explain the risks and extra steps are put in place to record and review what happens'.

None of these transcutaneous vagus nerve stimulation therapies has shown significant outcomes for epilepsy or depression. One reason could be that it may be difficult to target the vagus nerve effectively, so caution is advised.

"Clinical vagus nerve stimulation is an effective new treatment," adds Kunigiri, "but there are criteria to fulfil before being accepted for the procedure. If you have resistant epilepsy or depression and haven’t responded to other treatments, talk to your specialist. Be aware though that access to VNS also depends on whether a clinician has the necessary training and equipment, and whether NHS funding is available in your region. It's a multidisciplinary approach where a neurosurgeon and psychiatrist work together to decide best way forward."

Clinical vagus nerve stimulation is a undoubtedly a promising new treatment, though NICE recommends caution at this stage. It has some way to go before it becomes accessible for the majority of people with intractable epilepsy and depression.

The website epilepsy.org.uk includes information on vagus nerve stimulation, as does mind.org.uk.

What happens when you get sectioned? 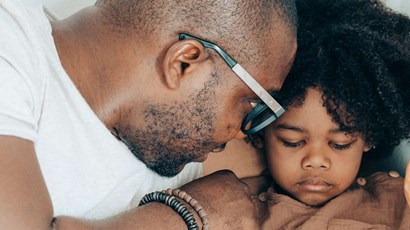 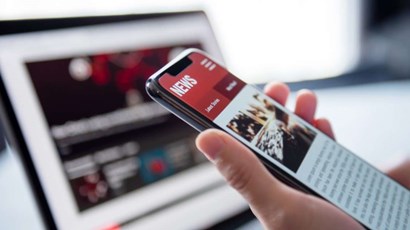 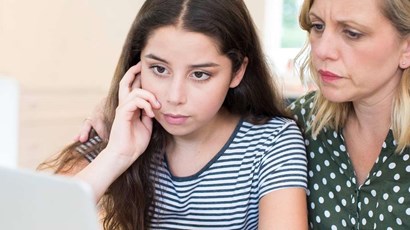