We're stuck at home without our usual hobbies so it may be tempting to drink a little more and a little earlier in the day than usual. But when does it become a problem?

You can find our latest features and advice on coronavirus and COVID-19 in our coronavirus hub.

Use Patient's coronavirus checker tool if you have any symptoms of fever, a new cough or loss of smell or taste. Until you have used the tool and been advised what action to take, please stay at home and avoid contact with other people.

We may not be able to go to the pub but that doesn’t mean all of us are off the sauce. Supermarkets have reported an increase in alcohol sales during the coronavirus pandemic which could suggest some people are turning to booze to cope with isolation and emotional upheaval they're feeling over this period.

Our usual routines are gone and we're no longer able to access many of the coping mechanisms we'd turn to before COVID-19 uprooted our lives. That early evening glass of wine (either alone or over a video call with your friends) may be one of the few things to look forward to during each challenging, strange day. But are some of us drinking too much to get through this uncertainty?

"Having alcohol available in homes, for many people, can be a source of temptation and lead to drinking without thinking," points out Elaine Hindal, CEO of Drinkaware.

Without the usual structure in our lives, small things can quickly become habits. If you've been furloughed or have less work on than usual, it's tempting to start drinking earlier in the day than you normally would. Similarly, without our usual sources of entertainment, boredom can lead to some of us drinking more than usual.

Consultant psychiatrist Dr Andrew Iles, of Priory’s Wellbeing Centre in Oxford, says: "Initially people may have found the additional time in their homes a welcome break from the day-to-day routine of work and the school run, but as time has gone on, they may have found themselves drinking more."

Nearly four in ten UK drinkers say they drink because they think it helps when they're feeling anxious, according to DrinkAware research from 2018. And almost half (48%) say they’ve reached for booze to cheer themselves up when they've been in a bad mood. During the coronavirus crisis, your emotions could well be all over the place.

But even though we might associate drinking with relieving stress, regularly having too much is bad news for your mental health. The reason for this paradox is that alcohol is a depressant - which means it slows down our central nervous system. Drinking too much, too regularly, can actually make negative feelings worse and anxiety and stress even harder to deal with than before.

"Drinking can seem like the answer when you're feeling isolated," says Hindal. "But alcohol can interfere with processes in the brain that are important for good mental health as well as contribute to symptoms of severe depression."

Tracking how much you're drinking, and being able to spot patterns could help. Drinkaware's app can help you identify if alcohol is affecting your mood.

Signs your lockdown drinking is a problem

Drinking can become a problem because the more alcohol you drink, the more you increase your tolerance for it, which can lead to dependency over time. Drinking more than two units of alcohol a day increases your risk of several cancers, heart disease and liver disease. And it can make aggressive behaviour more likely in some people - the last thing you need during this period of isolation.

Here are some signs you should try to cut back on the amount you're drinking during lockdown:

You're drinking more than the healthy limits

Our lives have changed but the guidelines for healthy drinking remain the same. In the UK, the Chief Medical Officer recommends that men and women should stick to a maximum of 14 units a week (women should avoid drinking at all in pregnancy, particularly in the first three months). That's equivalent to six pints of average-strength beer or 10 small glasses of low-strength wine.

But check the labels first. "Do not kid yourself that the pint of beer that you are drinking is only two units if you know that it is has a high alcohol by volume (abv)," cautions Iles. "Likewise, many wines can carry more units than the established rule of one unit = 125 ml. Manufacturer labelling helps teach us about the amount of alcohol which is in our preferred drink."

Another way in which the lockdown might have changed your drinking habits is if you're opening a bottle or can earlier in the day than you usually would in 'normal' life. Starting your drinking earlier means you're likely to drink more throughout the rest of the afternoon or evening. If you're staying up later, as many people are, that also means more 'drinking hours' in a day. And once you've started drinking it becomes far harder to stop. If you delay your first drink, you can decide whether you actually want that beer glass of wine or if you're just drinking because you can or feel you should.

You're drinking more to feel drunk

If the same amount of alcohol that would usually get you tipsy isn't having the same effect, that could suggest your tolerance has increased.

"Alcohol is an addictive substance and whilst people may not have become physically dependent on alcohol during the lockdown, the more alcohol we drink, the more tolerance we build," says Iles. It's important to remember that even if you're not feeling the short-term effects as much, excess alcohol still has the same damaging effects on our bodies, regardless of our tolerance to it.

In more extreme cases, signs you're seriously dependent on alcohol include physical symptoms such as shaking, sweating or feeling sick before you've had your first drink of the day. If this applies to you it may be dangerous to stop drinking completely or too quickly without medical support.

You're neglecting chores and hobbies

"Another sign you’re drinking too much is if you're neglecting activities or interests you used to enjoy, even though you could carry on doing them during the lockdown," says Dr Venetia Leonidaki, consultant clinical psychologist from the Addiction Department at Central and North West London NHS Trust.

Likewise, if you're finding it hard to keep up with activities such as work, studies, housework or childcare, that could suggest a problem.

How physiotherapy is helping coronavirus patients

Alongside doctors and nurses, physiotherapists have played a key role in the care and treatment ...

How to review your drinking habits

Stick to the limit

If you do think you’re drinking more than before, a good first step is to try to bring it back to those recommended 14 units. Spread them over three or more days so you’re not binge-drinking. But also plan some days in your week where you're not going to drink at all.

Keeping note of what triggers your desire to drink is a good idea too. For instance, you could soon see a pattern between an urge for a beer and feeling bored. Try delaying that desire - do something else and see if you still want the drink later.

Now could be the perfect time to think about what you really enjoy and get stuck into a new hobby. Having something to focus on that engages you could mean you're less likely to reach for the corkscrew.

And if you do find yourself drinking, even choosing a smaller glass can help you cut down. Without standard pub measures, it's all too easy to pour larger volumes of alcohol than we'd usually consume in one go.

Try mixing things up. Alcohol-free beer and wines are becoming more commonly available - and taste much nearer the genuine article than they used to! Try swapping your usual booze for one of these and you may not even miss the real deal.

"If you're worried about your own drinking or someone else's, it's now more important than ever that we stay connected to people by phone or video calls to seek support and strength by talking to someone - whether you do this anonymously in online groups, with trained advisors and counsellors or with friends or family," says Hindal.

Contact Drinkline on 0300 123 1110 or talk to a trained advisor anonymously online via Drinkchat.

COVID-19: how to avoid burnout during the coronavirus pandemic 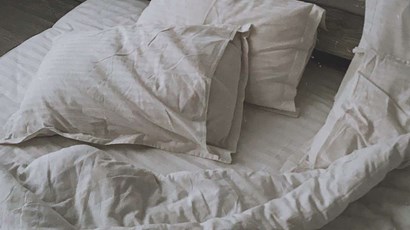 How physiotherapy is helping coronavirus patients 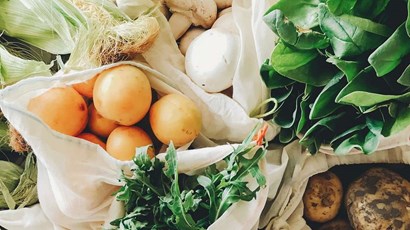 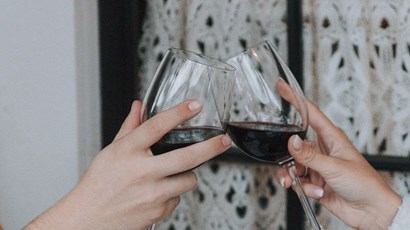 Hi, I've had Covid19 for 4 weeks and if I had the energy I'd be tearing my hair out.I've had 2 sets of prohylactic antibiotics to safeguard against bacterial infections, my temperature has been up...