The contraceptive pill often gets a bad rap for its host of potential side effects, which can range from the mildly inconvenient to the downright debilitating. However, it's worth noting that there are around 30 different types of contraceptive pill currently available in the UK, and not all pills are created equal.

Different types of contraceptive pill contain different quantities and combinations of the hormones oestrogen and progestogen, which in turn affect different women differently. So, if you're struggling with side effects, it's worth considering whether the contraceptive pill you're being prescribed is really the right pill for you.

"I see so many women who say: 'Oh I don't get on with the pill', after only trying one - and then they just come off it and think their experience applies to all pills," says Dr Caroline Cooper, a spokesperson for the Faculty of Sexual and Reproductive Healthcare (FSRH).

"The first thing I would say to women is that, if they have any sort of side effects when they start taking a pill, they should carry on for at least three months because it's really common when you first start it," she adds. "Often women will get things like nausea, and they might get headaches or leg cramps, and that's usually just your body getting used to the hormones."

If however, you're still getting side effects after three months - and certainly after six - it's definitely worth looking at a different type, or even altering the way you take it.

When it comes to changing pills, you can either opt for a pill with a different dose of oestrogen, or a different type of progesterone, or switch from a combined (oestrogen and progestogen) pill to a progestogen-only pill (POP, also known as the mini pill), or vice versa.

It's also worth noting that different women respond very differently to different hormones, so what works brilliantly for your best friend might be totally wrong for you. Sadly this can mean it's a bit of a case of trial and error to find the pill that suits you best.

Breakthrough bleeding on the combined pill is common - especially when you first start taking it...

Understanding the most common brands

When it comes to the combined pill, Cooper says, there are three basic types, or 'generations', of pill you could try. "The one that is generally used as the starter pill in the UK is Rigevidon, Microgynon or Ovranette. A lot of people will get on with that, but it's more of a progestogen pill so sometimes people will get mood changes or acne," she explains.

"If you have those sorts of symptoms with the Rigevidon, you would want to change to ones like Millinette, Gedarel and Femodene, which have slightly newer progestogens and either a 30 or 20 microgram dose of oestrogen," she adds. "Then there's the newest generation, like Yasmin and Eloine, which use the newest progestogens with either 30 or 20 microgram doses of oestrogen."

Alternatively, you could try progestogen-only pills like Cerazette (or Cerelle), Noriday, and Norgeston, which don't contain any oestrogen and can be particularly beneficial if you suffer from migraines or can't take the combined contraceptive pill for other medical reasons.

One of the side effects that's had a lot of press in recent years, thanks to The Debrief's #MadAboutThePill campaign, is the pill's potential impact on mental health.

27-year-old Catherine was prescribed combined pill Microgynon four years ago, and says: "I had the worst reaction to it in terms of mood swings. I could literally feel my mood swinging, so I would be super high and then super low. It was terrible, and made me feel awful. I had three months worth and then begged them to change it."

Now on progestogen-only pill Cerelle, Catherine says: "It's a million times better and I have way less adverse side effects. It really seems to be trial and error though - when I went back to the sexual health clinic about my mood swings on Microgynon, they said 'you must need different progesterone levels' and tried me on the mini pill. Fortunately it's spot on!"

Her experience tallies with research carried out in the 1990s by Dr Cynthia Graham, Editor of The Journal of Sex Research and Professor of Sexual and Reproductive Health at the University of Southampton."There's very little research on this, but what we found in our placebo controlled study was that women in the progestogen-only group did better than women on the combined pill, in terms of both mood and sexual side effects. We still don't really understand why this is," Graham explains.

Like Catherine, 29-year-old Rachel suffered from mood swings on Microgynon, but it was switching to Yasmin - a different combined pill, which uses a newer form of progestogen - that worked for her. "I was on Microgynon for a year and came off after a break-up. It was only then that I realised the huge effect it had had on me, and I started to feel like myself again," she says. "When I went back on the pill six months later, I told them Microgynon had made me feel awful, and they said they'd switch me to Yasmin instead. I've been on it for nine or ten years now, and my moods feel settled for the most part."

Changing the way you take it

Another possible option for tackling side effects, besides changing the type of pill, is simply to change the way you take it. "A lot of women find that side effects related to the pill, particularly things like headaches or heavy bleeding can be lessened either by taking the pill continuously, with no break between packs, or just having shorter breaks of four days," Cooper says.

"Some of these side effects are actually caused by the withdrawal you experience when you stop taking the hormones for seven days. We don't actually need that seven-day break, and taking the pill continuously - which is the more modern way of taking it - can really help some women with their side effects," she adds.

Of course, as Cooper adds: "By the time you've tried one for six months, another for three months, you might quite rightly feel you've had enough of it and be ready to change." Most importantly though, don't come off the pill without having an alternative method of contraception lined up.

"There is some evidence that, with pill scares, some women come off the pill and go on to a much less effective method, or no method at all, so I think it's definitely worth trying to switch," Dr Graham emphasises. "The pill is still very effective, but there isn't enough evidence and we know very little really about which ones would be the best to switch to."

If you're fed up with the trial and error game of searching for a pill that suits you, Cooper recommends looking at hormonal options in non-tablet form, like the vaginal ring and the contraceptive patch. "A lot of women aren't aware of things like the ring and the patch, but they're the same hormones as you're getting in an oral pill," she explains.

"The ring is absorbed through the vagina, and that gives you really low, continuous levels of hormones, which can be quite helpful for women who are having symptoms related to high levels of oestrogen. Likewise, the patch is absorbed through your skin and gives you a continuous dose. With that you've got a slightly higher dose of oestrogen, so that can be good for women who are having adverse side effects such as acne or mood swings." 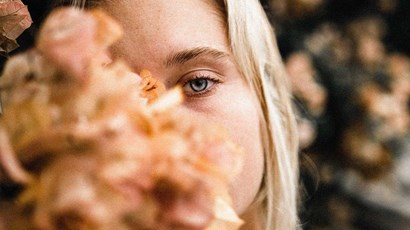 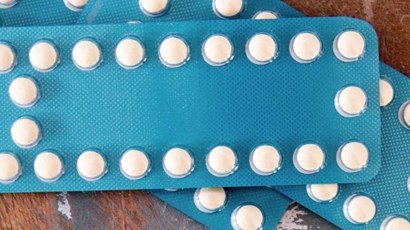