What age does a woman stop being fertile?

The time of menopause varies tremendously between women. Before your periods stop altogether, it is likely that your periods will become irregular and unpredictable. Although you are less likely to produce an egg (ovulate) every month, your ovaries will still be producing some eggs and, for this reason, it is important that you consider using contraception. So, although there is a natural decline in your fertility after the age of about 37 years, effective contraception is still required to prevent an unplanned pregnancy. It is safe for all women to stop contraception at the age of 55, even if still having periods, as it would be exceptionally rare to conceive at this age; however if you would rather continue after this age then you should discuss it with your GP. The average age at which women get to their menopause in the UK is 51 years.

When can contraception be safely stopped?

However, if you are using hormone-based contraception then your periods (withdrawal bleeds) are not a reliable way of knowing if you are fertile or not. Some women who take hormone-based contraceptives will have irregular or no periods but they will still be fertile if they stop using their contraceptive. Some others will have a withdrawal bleed from their pill, which is not actually a genuine period. If you are not sure whether you are menopausal, because your contraceptive method has affected your periods, then you can ask your doctor for a blood test called FSH, to be done at any point over the age of 50. If the result is in the menopausal range then you can stop contraception one year after the blood test is done.

What are the different methods of contraception available?

Your choice of contraception when you are over the age of 40 years may be influenced by:

Many women over the age of 40 will have the same options available to them as younger women, but there are some methods for which being over 40 is a risk factor for complications. Read the overview of all options in contraception methods. The following information lists the options, linking to individual leaflets, and commenting on any aspects specific to women between the age of 40 and the menopause.

There are some specific advantages to CHC for more mature women. CHC use may improve period problems such as heavier or irregular periods which may occur as you approach your menopause and may also help with menopausal symptoms. CHC can safely be taken by women over the age of 40 years with no other medical problems - it is in the category where the benefits are likely to outweigh the risks. However if there are other issues such as being overweight then your healthcare professional may feel that you are safer changing to another method.

However, for some women, CHC may have more risks as they get older. You should not usually take it if you are aged over 35 years and a smoker. You also should not take it if you have a history of stroke or heart disease, or if you are very overweight. Some women with migraine should not use CHC but this varies depending on the type of migraine and whether it started before the use of CHC or during it, so the issue should be discussed with your healthcare professional. Women who have complications from diabetes (including problems with eyes, blood vessels or kidneys) should not use CHC. These are just a few of the conditions which make it unsafe to use CHC. Your doctor or healthcare professional will go through your medical history with you to decide if it is safe for you personally. If you have no medical problems or risk factors for medical problems, CHC can be used until the age of 50 years.

You should stop taking CHC and use another form of contraception when you reach the age of 50 years.

The progestogen-only pill (POP) is sometimes called "the mini-pill". It is commonly taken if the COC pill is not suitable - for example, breastfeeding women, smokers over the age of 35 years and some women with migraine.

The POP is safe if you have previously had a stroke or a heart attack, or if you have developed a clot in the past. There is no increased risk of developing breast cancer if you take the POP. However, women who have had breast cancer cannot usually take a POP.

The POP can be continued until you reach the age of 55 years, after which time you will generally no longer need to use contraception. Blood tests can be done if you are not sure if you have gone through your menopause.

These include male condoms, the female condom, and diaphragms and caps. These are all suitable and safe for women between the age of 40 and menopause. However, they are less effective than other methods of contraception, so if it would be a disaster to become pregnant, you may wish to consider alternative choices. If you do use these methods, make sure you use them correctly. If you forget, or if you use a condom and it splits, for example, then consider emergency contraception.

Natural methods of contraception involve being able to predict your fertile time - effective if done correctly. It requires commitment and regular checking of fertility indicators such as body temperature and cervical secretions. This is less likely to be an effective method around the time of menopause if your periods have become irregular and unpredictable.

Long-term use of the progestogen-only injection can be associated with a reduction in the strength (density) of your bones. However, this returns to normal after stopping using the injection. Bones become thinner after the menopause, so this may be a factor for you and your healthcare professional to consider when choosing your contraception.

The contraceptive injection is usually stopped when you reach the age of 50 years and another method of contraception should then be used.

The contraceptive implant (Nexplanon®) can be continued until you reach the age of 55 years, after which time you will no longer need to use contraception. If you think you have had your menopause before this, the FSH blood test mentioned above may help to confirm this, in which case the implant can be removed one year after a menopausal range blood test if you are over 50 years, and two years after if not.

The implant has not been shown to increase your chances of having a blood clot (thrombosis) or to cause bone thinning. It may be a good option for women who might avoid other forms of contraception which do have these risks.

The intrauterine contraceptive device (IUCD) lasts for up to ten years, so may be a good option when you have completed your family. If you have an IUCD inserted when you are aged 40 years or over, this can remain in place until you have gone through the menopause and no longer require contraception. That is, for one year after your periods stop if you are aged over 50 years, or two years after your periods stop if you are aged under 50 years. So in some cases when it is fitted after the age of 40, it can last for more than ten years.

The 52 mg hormone-releasing intrauterine device called an intrauterine system (IUS) can be continued until you reach the age of 55 years, after which time you will probably no longer need to use contraception. If you have an IUS put in at the age of 45 years or older, you may be able to keep it longer than the usual five years before removing it. There are some lower-dose IUS devices available which do not last as long - the healthcare professional who fits it will tell you how long your particular device lasts, and should give you the option to choose which type of device you have.

The IUS can also be used as a part of hormone replacement therapy (HRT) in some women. This may be particularly useful around the start of the menopause.

Sterilisation - a permanent method of contraception

You and your partner may have decided that you would like a more permanent method of contraception. Sterilisation involves an operation. It is more than 99% effective; however, even sterilisation can fail. Options include:

In some areas access to sterilisation is restricted on the NHS, and it is very unusual for sterilisation reversal to be funded if you change your mind. Methods such as the implant have a much lower failure rate than sterilisation, with the advantage that they are not permanent.

Can I still use emergency contraception?

Can hormone replacement therapy be used for contraception?

As hormone replacement therapy (HRT) contains very low levels of hormones, it does not work as a contraceptive. Unless you went through the menopause (had no period for one year if aged over 50 years or for two years if aged under 50 years) before you started HRT, you should use contraception until you are aged 55 years.

If you are taking HRT but still need contraception then you can take the POP or have an IUCD or IUS inserted. Alternatively, many women choose to use barrier methods of contraception. As above, the IUS can be used as part of your HRT (you still need the oestrogen, but the IUS provides the progestogen part) so is a good option if you need contraception and HRT.

Dr Toni Hazell works for the Royal College of General Practitioners and worked as the eLearning fellow on the RCGP menopause course and on various contraception education materials, all funded by Bayer. She is currently on the board of the Primary Care Women's Health Forum. She has lectured on menopause, HRT and contraception for a variety of organisations.

Morning After Pill and Emergency Contraception 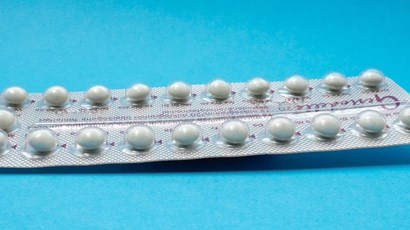 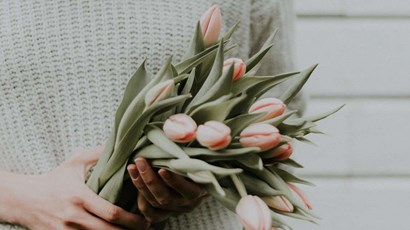 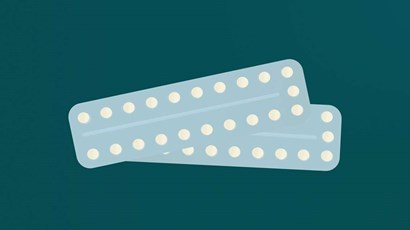 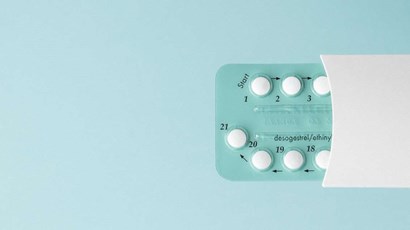 Morning After Pill and Emergency Contraception