Vasectomy is a small operation to cut the vas deferens. This is the tube that takes sperm from the testicles (testes) to the penis. Sperm are made in the testes. Once the vas deferens is cut, sperm can no longer get into the semen that comes out (is ejaculated) during sex.

Vasectomy is very reliable - but not quite 100%. Even after a successful operation about 1 in 2,000 men who have had a vasectomy will become fertile again at some point in the future. This is because, rarely, the two ends of the cut vas deferens re-unite over time.

How is a vasectomy done?

A tiny cut or puncture hole is made in the skin on each side of the scrotum. The vas deferens can be seen quite easily under the cut skin. It can be cut with a surgical knife (scalpel) or using diathermy. Diathermy is electrical current that cuts and seals the ends of the tubes. It stops bleeding at the same time. Sometimes a small piece of the vas deferens is removed.

The hole is so small you may not need any stitches. If you do, dissolvable stitches are used, or a special surgical tape. The operation takes about 15 minutes.

Are there any risks to the operation?

Most men have no problems after a vasectomy. Problems are uncommon but include the following:

How do I know it has been successful?

If there are no sperm in this sample, you will be given the all clear. If not, you will need another test a month later. You will be told when the test shows the operation has been successful. Until this time you should continue using another method of contraception.

What are the advantages of vasectomy?

It is permanent and you don't have to think of contraception again. It is easier to do and more effective than female sterilisation.

What are the disadvantages of vasectomy?

It may take a few months before the semen is free from sperm. As it is permanent, some people regret having a vasectomy, especially if their circumstances change. Vasectomy does not protect you from sexually transmitted infections.

Will it affect my sex drive?

No. The sex hormones made by the testicles (testes) - for example, testosterone - continue to be passed into the bloodstream as before. Also, vasectomy does not reduce the amount of semen when you come (ejaculate) during sex. Sperm only contribute a tiny amount to semen. Semen is made in the seminal vesicles and prostate higher upstream.

Sex may even be more enjoyable, as the worry or inconvenience of other forms of contraception is removed.

What happens to the sperm?

Sperm are still made as before in the testicles (testes). The sperm cannot get past the blocked vas deferens and are absorbed by the body.

Some other points about vasectomy

Do not consider having the operation unless you and your partner are sure you do not want children, or further children. Consider all sorts of situations, including a tragedy in the family or a break-up of your relationship. Only have a vasectomy if you are sure you would not want more children even in those situations.

Remember there are reversible forms of long-term contraception which are very effective. Consider these as a couple before making your decision. These are all for women. See the separate leaflet called Long-acting Reversible Contraceptives (LARCs).

Ideally, both partners are happy with the decision before a vasectomy. However, it is not legally necessary to obtain your partner's permission.

Some common questions about vasectomy

What if I change my mind? Vasectomy is considered permanent. There is an operation to re-unite the two cut ends of the vas deferens. It is a difficult operation and not always successful. It is also not available on the NHS, so you would have to pay for this yourself.

How soon after the operation can I have sex? It is recommended to abstain from sex for between 2 to 7 days after the vasectomy. However, remember you will have to use other methods of contraception until your semen specimen has been confirmed as clear of sperm. Some sperm will survive upstream from the cut vas deferens for a few weeks. 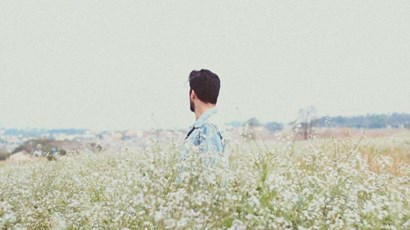 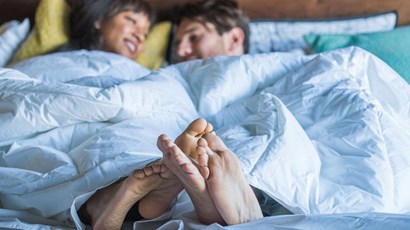 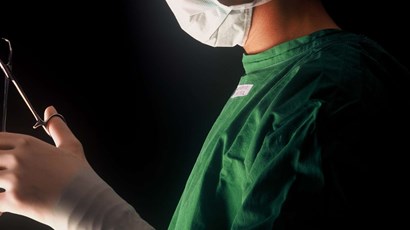 day 4 post vasectomy wound. am concerned is infected. does anyone know if this looks normal