Most condoms are made from thin rubber (latex). About 2 in 100 people are allergic to latex. The newer plastic (polyurethane) condom is an alternative.

A condom covers the erect penis during sex and stops sperm from entering the woman's vagina. Most male condoms are made from thin rubber (latex). About 2 in 100 people are allergic to latex. The newer plastic (polyurethane) condom is an alternative. Polyurethane condoms are also odour-free, thinner and more sensitive than latex condoms. However, they are more expensive.

How effective is the condom?

When no contraception is used, more than 80 out of 100 sexually active women become pregnant within one year.

About 2 women in 100 will become pregnant each year if condoms are used perfectly for contraception. This number comes from research and relies on people reporting their behaviour. Sometimes this may not be totally accurate, so it is difficult to be sure of a figure. Some problems can occur if the condom breaks, or slips during sex.

Nearer to 15 women in 100 will become pregnant with normal - not perfect - usage.

If condoms are used less carefully then they become less effective. Correct use means:

It should also be mentioned that condoms are very effective at protecting people from catching sexually transmitted infections such as HIV, hepatitis and chlamydia.

What are the advantages of the condom?

Condoms can be very reliable if used carefully.

They help to protect from sexually transmitted infections.

They may help to prevent cancer of the neck of the womb (cervix).

What are the disadvantages of the male condom?

Some people feel sex has to be interrupted to put a condom on.

Some men feel that their penis is less sensitive with a condom on.

The condom may sometimes split. If it splits, there is a risk of pregnancy.

Condoms are less effective than other methods of contraception such as contraceptive pills or long-acting reversible methods. See the separate leaflet called Contraception Methods for information about all the options.

Where can I get condoms?

Condoms are widely available. In the UK they are free from family planning clinics. Some genitourinary medicine (GUM) clinics also supply them free, as do some GP surgeries. They can be bought from pharmacies, supermarkets or online. They are also often available from vending machines in public toilets.

How do I use a condom?

Read the instructions on the packet carefully. The following is a general guide:

Common errors when using a condom

These include the following:

Note: if any of the above happen then you should obtain emergency contraception within 72 hours. It is more effective the sooner it is taken after sexual intercourse. 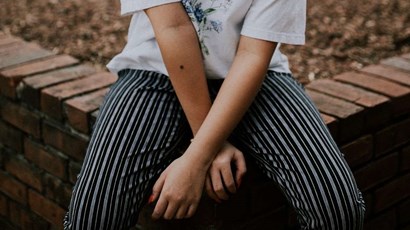 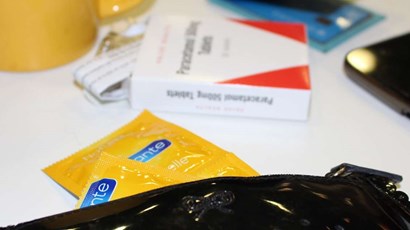 Hi everyone I am using the evra patch contraception and for the first time skipped a period by not having a patch free week.this worked but I then got a very light period and eventually a stronger...