The contraceptive injection contains a progestogen hormone. It has been used since the 1960s and is used worldwide. It is very effective.

What is the contraceptive injection?

The contraceptive injection contains a progestogen hormone called depo medroxyprogesterone acetate (DMPA). Progestogen hormones are very similar to a woman's own hormone called progesterone. Depo-Provera® is the brand used most often and it is given every 12 weeks. Sayana Press® is very similar to Depo-Provera® and also contains DMPA. Noristerat® is a brand which is rarely used. It is just used when very effective contraception is needed but only for a few months - for example, after a partner has had a vasectomy. The rest of this leaflet is about the injections that contain DMPA.

How does the contraceptive injection work?

The progestogen is injected into a muscle or under the skin and then is gradually released into the bloodstream. It works mainly by stopping the release of the egg from the ovary (ovulation). It also thickens the mucus made by the neck of the womb (cervix) which forms a mucous plug. This stops sperm getting through to the womb (uterus) to fertilise an egg. It also makes the lining of the womb thinner. This makes it unlikely that any egg that has managed to be fertilised will be able to implant in the womb.

What are the advantages of the contraceptive injection?

What are the disadvantages of the contraceptive injection?

Some women find that having unpredictable or irregular periods can be a nuisance. However, if you do develop irregular bleeding while receiving the injection then you should inform your doctor or nurse. You may be able to have your next injection early or be given other treatment to stop the bleeding. Irregular bleeding can sometimes be due to another reason, such as an infection. This may need to be treated.

Are there any side-effects with the contraceptive injection?

Apart from changes to periods, side-effects are uncommon. If one or more should occur, they often settle down over a couple of months or so. One possible side-effect is weight gain. This seems to be a particular problem for young women (under 18 years) who are already overweight when they start the injection. Some women also report fluid retention, worsening acne, headaches and breast discomfort. However, there is little evidence to say that the injection causes these symptoms.

The most common reason for women to stop having the injections is because of irregular bleeding.

The injection can lead to some 'thinning' of the bones. This does not usually cause any problems and the bones go back to normal when the injections are stopped. Using injectable contraception for many years might lead to more bone thinning. It is therefore recommended that you have a review every two years with your doctor or nurse. They will discuss if this method is still the best one for you.

Who cannot have the contraceptive injection?

Most women can have the contraceptive injection. Your doctor or family planning nurse will discuss any current and past illnesses. For example, you should not have it if you have recently had breast cancer or have hepatitis.

If you have risk factors for 'thinning' of the bones (osteoporosis) then it is normally advisable to use another method of contraception. Examples of risk factors include:

How is the contraceptive injection given?

The injection is given into a muscle, usually in the buttock, or into the thigh or tummy (abdomen). It should not be given during pregnancy. It is therefore important to be sure you are not pregnant when you have your first injection. However, if you were already pregnant without knowing, there is no evidence that it does the baby or the pregnancy any harm.

Sayana Press® has been designed so that you can give it to yourself. This may be useful if you have trouble getting to your surgery or clinic. Your doctor or nurse can teach you how to do this safely.

The doctor or nurse will tell you which type of injection you have and how long it is until the next injection. It can be given up to two weeks early. This may be convenient if, for example, you are due to be on a holiday when your next injection is due.

Note: don't forget, you will lose protection against pregnancy if you are late in having the next injection. 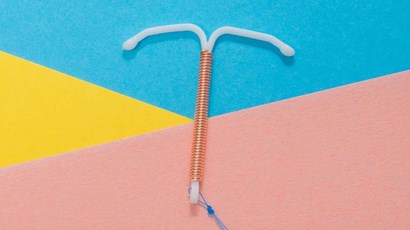 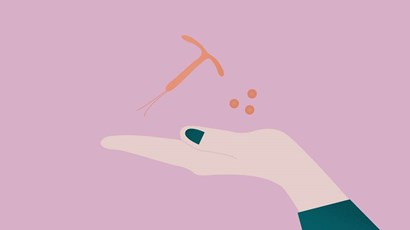 Should you change your contraception to the coil or implant?