The best and the worst times of year to get pregnant

Is there an ideal time of the year to get pregnant? Well, it depends on who you ask.

According to some experts, babies conceived at certain times of the year appear healthier than those conceived during other times. Great news for mums who can plan when they fall pregnant and deliver, but what about the rest of us?

For those who can’t make pregnancy happen when they want, there may be some other opinions about the best time to give birth, that are not necessarily based on science.

What does the science say?

Janet Currie, Department of Economics Chair at Princeton University, and author of the highly cited study "Within-mother analysis of seasonal patterns in health at birth", found that the unhealthiest babies were conceived in May and/or June and thus born in February. But why are these babies less healthy than their peers born in the summer or autumn months?

"Our work showed that exposure to seasonal flu late in the pregnancy increased the probability of prematurity by 10%," explains Currie. "Premature babies are more likely to be low birth weight, and more likely to have problems like ADHD and asthma as they grow older," she adds. Currie's coauthor, Hannes Schwandt, has gone on to show that exposure to flu early in pregnancy can harm the fetus, with affected babies being more likely to end up in poor health as adults.

Can pregnancy make you more sensitive to hay fever?

Hay fever (technically known as allergic rhinitis) is a very common condition and is usually not...

Currie suggests that new mothers can improve their baby's chances by eating right, stopping smoking (and limiting exposure to secondhand smoke), and by getting a flu shot.

"Importantly, since the early months of pregnancy matter as much if not more as later months, outcomes will be the best if mothers take these steps before they actually get pregnant. Optimal health for the mother gives the baby the best chance."

So, the question remains: If getting a flu jab and consequently avoiding influenza can help prevent prematurity, why do so many pregnant women avoid having the injection?

"Women are understandably nervous about doing anything that might harm their babies, and there have been a lot of scare tactics used by opponents of immunisation," explains Currie. "Although most of the concerns have been discredited scientifically, I think there is still a residual fear among many that immunisation could be harmful," she adds.

Currie suggests that one of the reasons women avoid the flu jab is because they may not understand just how harmful flu itself can be since they think of it as a pretty ordinary type of disease that most of us have had and recovered from at one time or another.

When asked if her team was surprised by the findings of the study, Currie explains that what surprised them was how large the effects were.

"There was already medical literature identifying flu as a threat to pregnant women, and the H1N1 epidemic was actually very dangerous for pregnant women, but I had no idea that the effect of regular seasonal flu exposure at the wrong time could be so detrimental for mothers and babies."

What does a gynaecologist say?

Other than the published data from Currie's study, Dr Karen Morton, consultant gynaecologist and founder of Dr. Morton's - the medical helpline, says there is no other scientific evidence concerning the best times of year for humans in the western world to either conceive or to deliver their young. She suspects opinions about this issue are due to human choice and knowledge rather than evolution at work leading to increased fertility at optimum times of the year.

Morton suggests that in western society, there can be little doubt that if you want your child to have the best chance in life, you will plan for their delivery at the beginning of the school year. In the UK this is September.

"Children, particularly boys, have an enormous advantage if they are the biggest in the class and the most mature in the class, and this advantage lasts their whole time at school," she explains. Morton says some of the advantages include being more likely to be chosen for sports teams and more likely to sit still and pay attention.

What do the mums say?

Many mums were unaware of the research conducted by Currie and her team but said the correlation makes sense. Their beliefs on the best time of the year to be pregnant and deliver have less to do with science and more to do with practicality. Some consider how pregnancy and childbirth will impact their daily life (work, commitments with other kids, etc), while others consult the weather tables before they try to conceive.

Rachel May had a baby in October 2016 and says that while she enjoyed having Chandler, her son, in October, the inconvenient part was being pregnant last year in July-September, which proved to be VERY hot.

"The good part, however, was that my maternity lasted through New Year and it was the perfect time to come back to work," she adds. "He was healthy the first three months but then joined daycare, and was sick probably January-April all the time. He's been healthy since April though (knock on wood)."

Varda Epstein, a mother of 12 and parenting expert, found that the best time to get pregnant is in June. "That way, mum isn't in the final trimester in the hottest or coldest months of the year, and baby is born in the spring and doesn't need to be all bundled up. It's also not so sunny and hot that the baby would be uncomfortable on outings during the first couple of months."

While Al-Agba's opinion is opposite of what the research done by Currie found, as a paediatrician, she always got a flu shot while pregnant. Al-Agba also reminds us that it's not ideal to deliver in December because it's the beginning of the respiratory season.

All this having been said, it's incredibly difficult to plan the timing of a pregnancy. Even if you are considered fully fertile, sometimes you will not conceive for an unknown reason. So, sit back, relax, and enjoy the fact that a pregnancy is thrilling at any time of the year.

When you should and shouldn't worry during your pregnancy 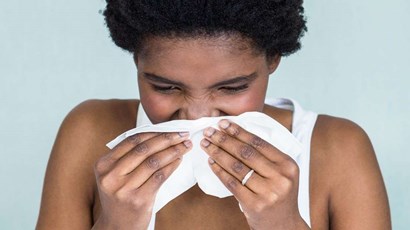 Can pregnancy make you more sensitive to hay fever? 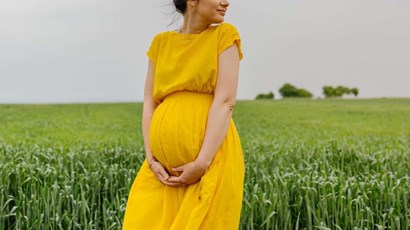 Our top tips for coping with hot weather and pregnancy 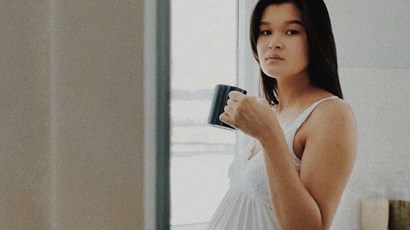 Notes on The best and the worst times of year to get pregnant
Share
https://patient.info/news-and-features/the-best-and-the-worst-times-of-year-to-get-pregnant
Copy link Copied