It's estimated that one in 25 children in the UK are affected by a genetic disorder - that's around 30,000 babies and children being newly diagnosed each year. Ahead of Jeans for Genes Day on Friday 21st September, an expert reveals seven things you probably didn't know about genetic conditions.

A genetic disorder is an illness caused by a change in a person's DNA. This is called a mutation.

"Some genetic disorders are apparent at birth while others are diagnosed at different stages throughout childhood, and sometimes into adulthood," explains Anna Whaite, genetic counsellor at Genetic Disorders UK.

Here she reveals the things she wishes everyone knew about genetic disorders:

Some are extremely rare

You've probably heard of conditions such as cystic fibrosis or Down's syndrome, but many other genetic disorders are extremely rare.

"Genetic disorders can affect people in different ways; some are life-changing, visible and sadly affect life expectancy. There are lots of genetic disorders that many may not have heard of such as the skin disorder epidermolysis bullosa, where skin can blister at the slightest touch; Treacher Collins syndrome which affects the development of bones and other tissues of the face; and the neurodegenerative condition Batten disease," reveals Whaite.

Once a genetic condition has been diagnosed, other family members may find out if they could also be affected or pass the condition on. The chance of a disease being passed on stays the same for each pregnancy; so for example, if a mother and father have a 1 in 4 chance of their child inheriting a genetic disorder, this chance will remain the same for each child they have, she adds.

They may be invisible

Some genetic disorders are obvious, causing changes in appearance, growth and movement. But others cause symptoms that are not possible to see from the outside. They may affect internal organs, thinking processes or metabolism.

"Having an 'invisible' genetic disorder can be just as challenging as having one that is easy to recognise," Whaite points out.

There can be a gender divide

Some genetic disorders affect men and women differently. This is because certain conditions arise due to a mutation within the sex chromosomes. These are XX in women and XY in men.

If a disease arises due to a change on the X chromosome, a man could develop symptoms but a woman might only have mild symptoms or none at all. This is because the woman has another, unaffected X chromosome which would compensate for the other's genetic change.

A good example of this is Duchenne muscular dystrophy which mainly affects men. Women who are carriers for the disease are unlikely to have symptoms, or if they do, they tend to be much less severe than for men with the condition.

Not all genetic conditions are inherited

It's a myth that all genetic conditions are hereditary, reveals Whaite. Some genetic diseases can arise for seemingly no reason at all after an egg has been fertilised by sperm.

"Some occur due to a new spontaneous change in the DNA sequence of a gene which can happen around conception and is called a 'de novo' mutation. This is not because of anything anyone has done or not done."

Some can be detected before birth

While many genetic disorders are caused by changes in single genes, there are others that are due to changes to chromosomes, the structures that carry the genes.

"For example, Down's syndrome is caused by having an extra copy of chromosome 21, instead of the usual two. Other chromosome changes can mean that parts of a chromosome are deleted or duplicated, or sometimes swapped around. This can have a big effect on development and can sometimes be detected on scans during a pregnancy," says Whaite.

Treatment may be available

Once a genetic disorder has been identified, while it cannot be cured, there may be treatments and interventions available that can help to manage the symptoms. There is also a huge amount of research ongoing to improve treatments and develop new therapies for the future. Support is also available for children and families through support groups and charities such as Jeans for Genes.

"Genetic technology has advanced significantly in recent years, but we still do not know the genetic cause of every genetic condition. Across the world more is being discovered about genes almost every day," says Whaite.

A genetic disorder doesn't define you

It's important to remember that having a genetic disorder does not define a person. They will still have their own unique personality, interests and skills. The diagnosis may bring extra challenges to their life but don't underestimate them or make presumptions about what they can do physically or mentally.

"Remember that medical and scientific research may change what is possible in the future, and don't forget to wear your Jeans for Genes this year on Friday 21st September!" adds Whaite. 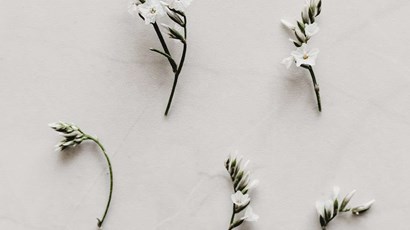 Is DNA testing a good idea?

Notes on What you need to know about genetic disorders
Share
https://patient.info/news-and-features/what-is-a-genetic-disorder
Copy link Copied