What you need to know about sexual consent

It has been a year since the #MeToo movement sparked an unprecedented conversation around sexual harassment and assault. In 2017, dozens of people came forward with allegations against powerful men in Hollywood, igniting a discussion not only about the prevalence of assault, but also about sexual consent.

Ahead of Sexual Health Week, here is everything you need to know about consent - and why it is so much more than just saying no.

"With regards to sexual activity, the legal definition of consent in England and Wales set out by the Sexual Offences Act 2003, is when someone "agrees by choice ... and has the freedom and capacity to make that choice," says Bekki Burbidge, deputy chief executive at the sexual health charity FPA.

"So it means that someone agrees of their own free will, without threat, pressure or coercion, that they know what they're consenting to, and have the capability to make that decision for themself."

"Scotland and Northern Ireland have similar definitions and each country allows for circumstances which may affect someone's capacity to freely consent, such as when they're sleeping or have been subject to threats or violence."

Why consent is more than saying no

Importantly though, consent is much more than just saying no to unwanted activity. "It's about listening, negotiating, and enthusiastically agreeing," Burbidge says.

"There could be a range of reasons that someone isn't able to say 'no' - but that doesn’t mean that they're giving their agreement. Reducing consent to someone saying no ignores non-verbal cues, and doesn't recognise that people might freeze or become silent when in an uncomfortable situation."

"Sometimes you might not say 'no' out loud but might say it in other ways, like 'not right now', 'I’m not sure', or by staying silent," she adds. "Your body language might also signal lack of consent - for example, by turning away, by curling up, or by not responding positively to touching."

Burbidge adds that discussions around consent should focus on whether you have gained someone's full, happy and enthusiastic consent before going ahead with anything. "It’s about an enthusiastic 'yes' rather than the absence of a 'no'."

Consent is an ongoing conversation

It's also crucial to note that consent should be an ongoing conversion, as someone might agree to sex earlier on and then change their mind - and everyone has the right to do this. If you have had sex with someone before, it doesn't mean you have to have sex with them again.

Likewise, consent may be given to one kind of sexual activity but not another. Consent may only be given with certain conditions too, such as wearing a condom.

Importantly, going out with someone or being married doesn't give them the right to do what they want to you - and flirting, or wearing certain clothing, is never a sign of consent.

If someone has been drinking alcohol or doing drugs, their ability to consent to sex may be compromised. The sexual health organisation Brook points out that legally, people who are drunk or high can't consent to sex, or any other kind of sexual activity - and having sex with someone who is very drunk is rape or sexual assault.

If you have been assaulted, it is crucial to remember it is not your fault and you should not be afraid to get help, including from the police. You may need time to process what has happened, but it is key to get medical help via your GP or a walk-in centre, as you may be at risk of sexually transmitted infections or pregnancy.

"It's important in making sure everyone is happy with any activity that takes place, and no one gets harmed. Learning to negotiate consent involves good communication, respect, understanding and resilience," Burbidge says.

"Ensuring young people have an understanding of consent from a very early age is key in helping to safeguard them."

Although almost nine in 10 people felt it was important for consent to be covered on the school curriculum, only one in 10 said this was the way they had learnt the most about consent, according to FPA research.

Burbidge adds it will be vital that consent is covered in-depth as part of the new relationships and sex education curriculum, which is due to become compulsory for all schools in 2020.

"But there's no need to wait until 2020 to make sure young people understand consent - it should be a basic component of any relationships and sex education," she says.

To find out more about consent, the FPA will be releasing content for parents, educators and young people as part of their Consent: Yes yes yes campaign from 24th to 30th September. 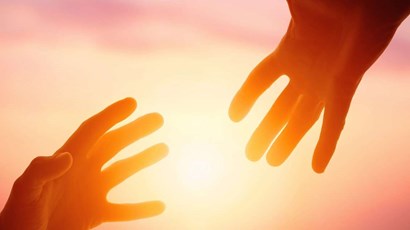 Why is sexual violence against men on the rise? 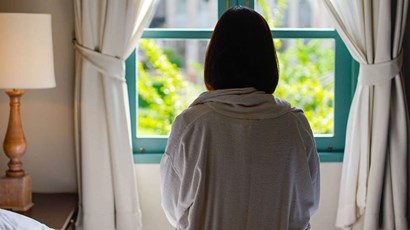 I noticed this small bump on my vagina the other day and I dont know what it could be. Im not sure for how long ive had it but its been making me really anxious. When I stretch the skin it becomes...