What is the BRAT diet and why is it unsafe?

The BRAT diet is a low-fibre, bland food diet that was once recommended by doctors in the USA to treat an upset stomach. However, it is now believed that this diet has the potential to do more harm than good, and health organisations no longer recommend it.

What is the BRAT diet?

The BRAT diet stands for Bananas, Rice, Applesauce, and Toast. It was first developed in the 1920s. Until recently, it was a a popular recommendation by American doctors for treating children with upset stomachs - a general term that describes a painful or uncomfortable stomach that’s often caused by indigestion (problems with your digestive tract).

Now, experts believe that this diet, is too restrictive and lacking in nutrients.

Why this seemingly random combination of foods? The idea of the BRAT diet is that these foods are gentle on the stomach. “The foods in this diet were previously thought to be simple, plain foods (bland foods) which are easy to digest,” explains Kirsten Jackson, consultant dietitian at The Food Treatment Clinic and British Dietetic Association (BDA) member.

According to the National Institutes of Health (NIH), bland foods are:

Experts believed that people with upset stomach illnesses could benefit from a diet consisting solely of bland BRAT diet foods that:

Despite the four foods in its name, the BRAT diet can include other bland food options.

When would the BRAT diet be recommended?

"The BRAT diet was recommended when someone was having digestive problems or symptoms," says Jackson. This includes using this low-fibre diet for an upset stomach.

There are no high-quality clinical trials on the effects of the BRAT diet. Instead, the basis for this low-fibre diet is founded on the research of specific bland foods. For example, there's evidence that both banana and rice soup can help to treat diarrhoea in children.

It follows that there is little to no research into how long you should follow the BRAT diet. Informal guidelines suggest re-introducing your regular diet after around 24 hours. It has never been recommended for prolonged or long-term use.

What is a low-carb diet and is it healthy?

When it comes to healthy eating, every food group is important. This includes carbohydrates, the...

Why is the BRAT diet now considered too risky?

It's important to note that experts no longer recommend the BRAT diet for adults and children: "It is extremely restrictive so would lead to nutritional deficiencies," says Jackson.

Put simply, the range of nutrients in BRAT diet foods are too limited. Not only can this hinder recovery from stomach illness, but it might also cause other serious health issues related to malnutrition. In extreme cases, there is some evidence that the diet can even result in kwashiorkor (severe malnutrition) in young children.

From this perspective, the potential positive effects of foods such as bananas and rice on diarrhoea don't give an accurate picture of how following a diet containing only those foods can affect your body. In fact, a lack of nutrients can make diarrhoea worse, and this illness can also make it harder to absorb nutrients in your diet.

As a result, health organisations no longer recommend it. For example, the American Academy of Pediatrics (AAP) and Centres for Disease Control and Prevention (CDC) describe the BRAT diet as "too restrictive" and a risk for "suboptimal nutrition for the patient's nourishment and recovering gut".

"We also now know that foods like apple, bread, and bananas contain FODMAPs," adds Jackson. "These are types of carbohydrates which are broken down in the large bowel, causing more gas to be produced and more fluid to be drawn in. In people with digestive problems, this can cause symptoms of pain, bloating, and loose stools."

Better and safer ways to recover from stomach illness

When it comes to eating during stomach problems, the current medical advice is to continue consuming a balanced diet. It's also very important that you drink enough water to prevent dehydration, especially if you have vomiting or diarrhoea symptoms.

Your pharmacist can suggest further treatment options if symptoms of diarrhoea continue beyond 5-7 days and vomiting beyond 1-2 days. You should also seek their advice if you notice signs of dehydration (such as urine that's dark in colour and strong in smell).

Stomach bugs and viruses that can cause common upset stomach symptoms like diarrhoea, vomiting, and pain can be very contagious. You or your child should stay at home and avoid going into work or school for 48 hours after your symptoms have cleared. 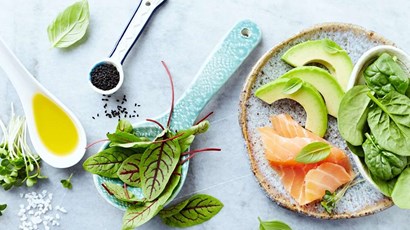 What is a low-carb diet and is it healthy? 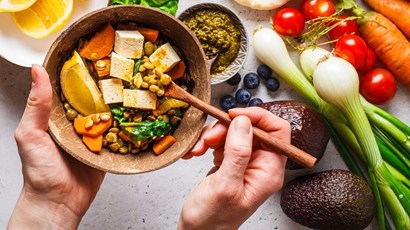 What's the difference between vegan and vegetarian diets? 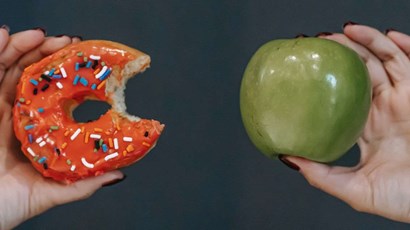 In 2014 i was diagnosed with a heart murmur which was new to me, no previous doctors had picked up on it. They checked it out further but everything seemed fine. 4 years later i was experiencing...