New motherhood is an exciting but difficult time, as women adjust to the change in their bodies and lifestyle, as well as the challenges of caring for a newborn. It's common for women to feel anxious, but for some, worries and concerns can develop into a mental health problem, or cause an existing problem to become much more severe.

Around three quarters of a million people in the UK are thought to be living with severe, life-impacting obsessive-compulsive disorder (OCD), a mental health condition in which a person experiences uncontrollable thoughts, images or fears, as well as compulsive behaviours. OCD can be extremely distressing and have a debilitating impact on women already acclimatising to being a mother.

What is postnatal OCD?

"Pregnancy and childbirth can be a time of heightened anxiety, with women often experiencing a sense of uncertainty, not knowing what to do, and what the 'rules' or best way to be are. They can feel overwhelmed by the responsibility for a new infant who is totally dependent on them," says Dr Jaya Gowrisunkur, consultant psychiatrist and medical psychotherapist at Priory Hospital Altrincham and Priory Wellbeing Centre Harley Street.

"Many women develop OCD for the first time during pregnancy or in the postnatal period. Some women have a pre-existing history of OCD and their symptoms worsen during pregnancy."

Compulsive behaviours can also be around cleaning and washing or checking the baby is still breathing, she adds.

OCD can leave a mother with a fear of 'what if’, Belasco explains. "Parents may feel, for example, they cannot leave the house in case they are run over in the road. Or that they must be with their baby 24/7 in case something happens to their child.

"This consistent interference can lead to a significant delay with participation in daily activities, socialising and communication and general living for a parent experiencing OCD. OCD can present most prominently after giving birth and is a more common perinatal mental health illness."

Postnatal depression is a mood disorder that can affect fathers as well as mothers. Yet, there i...

"I was convinced he was going to die"

Angela*, 31, experienced OCD after the birth of her son two years ago. "I was absolutely convinced he was going to die. There was just no way he could possibly survive," she says.

"When he was a few days old he got an infection in his finger. I absolutely shut down in terror that this would be the end of him. I was obsessively washing it and putting cream on it and ringing the health visitor about it."

Her son also had baby acne, a common and temporary skin condition, but Angela became convinced it was meningitis. "I showed the midwife the rash expecting her to call an ambulance or take him away from me because I'd let this happen to him already," she says.

"It was the next day that I realised I couldn't remember anything for the last 20 hours or so, so then I was terrified that I might have done something to hurt him in this time or not fed him or changed him. I think by this point I hadn't slept in about five days. After this things got much worse. I wrote down every poo or wee he did and every single time I fed him, in a book."

Angela also became convinced her son would die because she would kill him. "I would, in some bizarre episode of disassociation throw him out of the window. I was so terrified that this might happen that I decided I could simply glue the window shut," she says.

"OCD isn't really about cleaning stuff. It's more about being obsessed that something bad will happen and then doing strange things to try to stop it happening."

OCD can be very frightening and distressing, especially the fears around causing harm to the child - which can significantly impact the woman's life.

"Their bonding with their baby can be affected, with them not wanting to be close to the child in case they cause them harm," says Gowrisunkur. "They can be fearful of being alone with their child and this can be challenging for fathers and the extended family, who will be called upon to provide support."

At a time when many new mothers are already struggling with a lack of sleep, appetite, energy and concentration can also be affected as a result of OCD, anxiety and low mood. "They may feel distant from their partners and their families," Gowrisunkur adds. "They certainly struggle to enjoy being a mother."

In addition, many women living with OCD feel unable to reach out for support and help because of stigma - in particular, the fear of being branded a 'bad mother'.

"They will often fear that their child will be taken away from them by the authorities including social services," explains Gowrisunkur. "In the case of compulsive - often repetitive - behaviours, the women will often exhaust themselves, which will compound the usual tiredness linked to having a new baby."

Belasco adds: "Some parents feel that they need to live up to the unrealistic images that are presented of 'happy and contented mothers and babies' that we often see portrayed on social media. PANDAS encourages all parents and their networks to speak with their GP, health visiting services and midwifery teams if they are feeling mentally unwell."

How is postnatal OCD treated?

OCD is a treatable condition and it's important that women get help and support if they are struggling with their mental health after childbirth. The first thing to do is visit your GP, who will be able to advise on the best course of treatment for you.

The two main forms of treatment for OCD are therapy and medication. "Therapy is usually a specialised form of cognitive behavioural therapy (CBT) with exposure and response prevention," says Gowrisunkur.

CBT is a type of therapy that helps you understand and learn to cope with fears and obsessive thoughts without having to carry out compulsive behaviour, or 'neutralising' the thoughts with actions. It involves working with a therapist to break down problems in separate parts, such as thoughts, feelings and actions.

If medication is needed, the standard treatment is a type of antidepressant called a selective serotonin reuptake inhibitor (SSRI). Medications may need to be taken for 12 weeks before any effect is felt and there may be some side effects - as is the case with all medications - although these may improve over time.

Many people find support groups helpful too, as they can tackle isolation, offer a chance to socialise and provide coping advice too. These groups can also provide information and advice for family members and friends.

"Support can be accessed in a number of ways, including midwives with specialist mental health expertise, your health visitor, GP, and Community Mental Health Team, as well as through a psychiatrist, CBT therapist or psychologist," says Gowrisunkur. "You can also turn to The Royal College of Psychiatrists, Mind and OCD-UK." 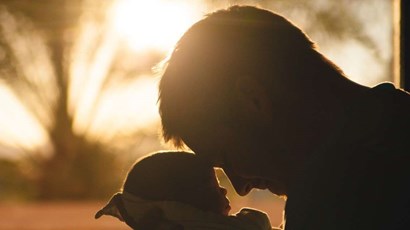 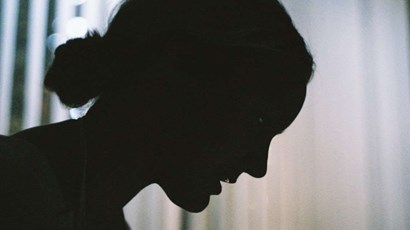 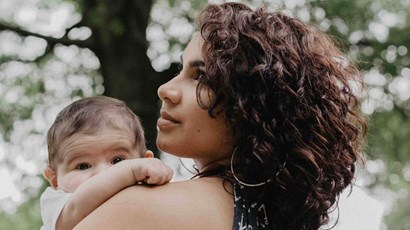