In this series OCD in Children and Young People

Obsessive-compulsive disorder (OCD) is a condition where you have recurring obsessions, compulsions, or both. The usual treatments are cognitive behavioural therapy (CBT), a selective serotonin reuptake inhibitor (SSRI) antidepressant medicine, or both. Treatment often works well to reduce the symptoms and distress of OCD greatly.

Obsessions are unpleasant thoughts, images or urges that keep coming into your mind. Obsessions are not simply worries about your life problems. Common obsessions include:

These are examples. Obsessions can be about all sorts of things. Obsessive thoughts can make you feel anxious or disgusted. You normally try to ignore or suppress obsessive thoughts; for example, you may try to think other thoughts to neutralise the obsession.

Compulsions are thoughts or actions that you feel you must do or repeat. Usually the compulsive act is in response to an obsession. A compulsion is a way of trying to deal with the distress or anxiety caused by an obsession.

For example, you may wash your hands every few minutes in response to an obsessional fear about germs. Another example is you may keep on checking that doors are locked, in response to the obsession about doors being unlocked. Other compulsions include repeated cleaning, counting, touching, saying words silently, arranging and organising - but there are others.

Do I have OCD?

Take our quiz to help you understand more about the condition and establish whether you are exhibiting symptoms.

Intrusive thoughts can be disturbing, but are completely normal. For a small proportion of the p...

How does obsessive-compulsive disorder affect your life?

The severity of OCD can range from some life disruption to causing severe distress. You know that the obsessions and compulsions are excessive or unreasonable. However, you find it difficult or impossible to resist them.

OCD affects people in different ways. For example, some people spend hours carrying out compulsions and, as a consequence, cannot get on with normal activities. Some people do their compulsions over and over again in secret (like rituals). Other people may seem to cope with normal activities but are distressed by their recurring obsessive thoughts. OCD can affect your work (or schoolwork in children), relationships, social life and quality of life.

Many people with OCD do not tell their doctor or anyone else about their symptoms. They fear that other people might think they are crazy. Some people with OCD may feel ashamed of their symptoms, especially if they contain ideas of harming others or have a sexual element. As a result, many people with OCD also become depressed. However, if you have OCD, you are not crazy or mad. It is not your fault and treatment often works. If you are concerned that you may be depressed (for example, if you have been feeling very down and you no longer take pleasure in the things that you used to enjoy), you should see your doctor.

The cause of OCD is not clear. Slight changes in the balance of some brain chemicals (neurotransmitters) such as serotonin may play a role. This is why medication is thought to help (see below).

Also, the chance of developing OCD is higher than average in first-degree relatives of affected people (mother, father, brother, sister, child). So, there may be some genetic element to OCD. However, so far, no genes have been found to be linked with OCD.

Other theories about the cause of OCD have been suggested but none proved.

Who gets obsessive-compulsive disorder?

It is thought that between 1 to 3 in 100 adults have OCD. Anyone at any age can develop OCD but it usually first develops between the ages of 18 and 30. Up to 2 in 100 children are also thought to have OCD. See the separate leaflet called OCD IN Children and Young People.

OCD is usually a persistent condition.

How is obsessive-compulsive disorder diagnosed?

If you are concerned that you may have OCD, you should see your doctor and explain your concerns. They may start by asking some of the following questions. These questions can act as a screen for possible OCD:

A more detailed assessment is then needed for OCD to be diagnosed. This may either be carried out by your doctor or by a specialist mental health team. The assessment will look at any obsessional thoughts and compulsions that you have and how they affect you and your daily life. Children with OCD may be referred to a specialist mental health team which is experienced in assessing and treating children with OCD.

What is the treatment for obsessive-compulsive disorder?

The usual treatment for OCD is:

Cognitive behavioural therapy is a type of therapy that deals with your current thought processes and/or behaviours and aims to change them by creating strategies to overcome negative patterns, which may help you to manage OCD more effectively. See the separate leaflet called Cognitive Behavioural Therapy (CBT).

How effective is CBT for OCD?

Of those who complete a course of CBT, there is a marked improvement in more than 3 in 4 cases. Symptoms may not go completely but usually the obsessions and compulsions become much less of a problem. About 1 in 4 people with OCD find CBT too stressful and not for them. However, cognitive therapy alone may help some people who find the full CBT too stressful.

As a general rule, if two courses of CBT have failed to help, the person is referred to an OCD specialist.

CBT with the help of a trained therapist is best. However, some people prefer to tackle their problems themselves. There is a range of self-help books and leaflets on self-directed CBT. More recently, interactive CDs and websites are being developed and evaluated for self-directed CBT.

Although they are often used to treat depression, SSRI antidepressant medicines can also reduce the symptoms of OCD, even if you are not depressed. They work by interfering with brain chemicals (neurotransmitters) such as serotonin, which may be involved in causing symptoms of OCD. SSRI antidepressants include: citalopram, fluoxetine, fluvoxamine, paroxetine, sertraline.

Other medicines that are used to treat OCD

If SSRIs do not help much, or cannot be taken, another type of antidepressant called clomipramine is sometimes used. This is classed as a tricyclic antidepressant and used to be the main medication treatment for OCD before SSRIs became available. Occasionally, other medicines that are used to treat mental health disorders are used.

What is the outlook for obsessive-compulsive disorder?

If OCD is not treated, obsessive thoughts and compulsions may not improve and may get worse in some people. However, with treatment, many people's symptoms can be brought under control and some people may be completely cured.

If you have OCD, there is a risk that it can return even after successful treatment and recovery. If your symptoms do come back, be sure to see a doctor for further treatment. 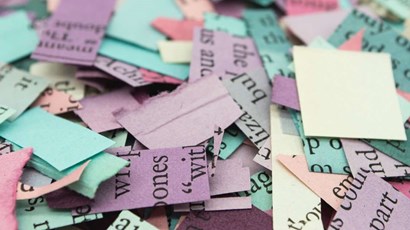 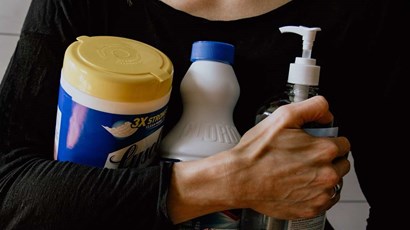 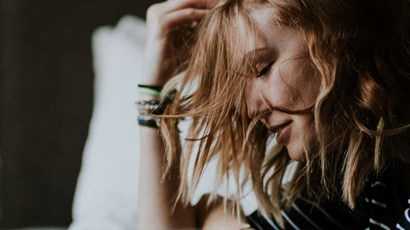 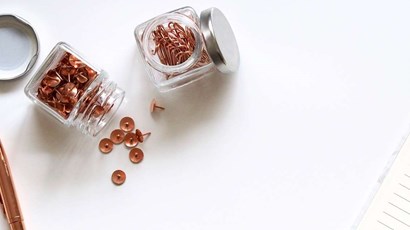 Hello. I am so fatigued lately, I suffer badly from health/general anxiety. I feel weak when I walk outside and often feel like I'm going to faint (I haven't so far). I've convinced myself that the...