Various celebrities, such as Daniel Radcliffe, Florence Welch and Mel B, have spoken out about overcoming their struggles with it, but why is dyspraxia still not as well known as other developmental conditions?

When I was 10, I was diagnosed with developmental co-ordination disorder (DCD), otherwise known as dyspraxia. I had various tests to figure out what I was good at and where I was struggling. I discovered that I was bad at numeracy, PE and holding my pencil - but I did much better with literacy tasks.

Later in life, I encountered more jarring problems, such as severe procrastination with homework and deadlines. I struggled with carrying out instructions without supervision, time management and tidying. Coupled with long-standing mental health issues, these challenges made my life a living hell.

Until very recently, I had no idea that any of these issues were remotely connected to a condition most people assume you grow out of. Earlier this year, as I was shown a list of symptoms online, my jaw dropped. Everything I was upset by, but couldn't make sense of before, suddenly hit me.

According to the Dyspraxia Foundation, it's thought the condition affects up to 10% of the population, with around 2% being severely affected - and boys more likely to be diagnosed than girls. It's estimated that up to 52% of children diagnosed with dyslexia also show symptoms of dyspraxia.

"You can't do a blood test or an MRI scan to make a diagnosis," says Dr Sally Payne, an occupational therapist and trustee for the Dyspraxia Foundation. "It's almost like: 'Right, we've excluded every other reason to explain these difficulties. Chances are it's dyspraxia, DCD.' So that's the challenge, I think, for GPs."

It can be even harder for adults to get a diagnosis if dyspraxia went unnoticed as a child because you would have to provide new primary evidence.

According to Payne, to obtain a clear diagnosis of dyspraxia, a doctor must consider four major factors:

A GP will look at all the evidence and advise on the best course of action. Children with dyspraxia are often referred to specialists such as paediatricians and physiotherapists who will make a further assessment.

Non-motor-related symptoms can also include:

The non-motor symptoms can be quite similar to those of dyslexia and ADHD, which can leave GPs unsure of the most appropriate diagnosis. People at school and workplaces often assumed that I had ADHD from my mannerisms.

Behaviours such as clumsiness and overreacting to situations may be passed off as normal for young children and teenagers. However, it can be hard for the patient to 'prove' how problematic these issues are for day-to-day life.

Before I understood that dyspraxia was more than 'clumsy child syndrome', I would get incredibly upset with myself over minor discrepancies, such as misplacing an item of clothing or being late to an appointment.

I would be frequently late for lectures at university, and for meeting up with friends, and I even lost jobs because of tardiness. It was soul-crushing as I convinced myself I would be known as someone who was intentionally lazy. Even now, I have to make special arrangements for time management, which makes me feel self-conscious about explaining dyspraxia to people outside my immediate friendship group.

Research from Goldsmiths University found that those with DCD have higher levels of emotional distress than their peers and are frequently anxious and downhearted.

Payne refers to this as 'anticipatory anxiety'. "If you know something has been difficult or you failed in the past, then that would make your emotions worse when you're put in a similar situation in future."

She says: "Overriding that hyper-heightened sense of anxiety around the risk of something going wrong or your difficulties being exposed can be hard, even if you have a diagnosis."

According to Payne's charity, this anxiety likely affects teenagers the most, because of the expectations and pressures of success placed on them by the adults in their lives.

Payne says: "As we reach adulthood, we have to do more challenging things, which can make you feel like you are not achieving your potential. A dyspraxic adult might think: 'Why can't I do these things that are in my head? I know, I should be able to achieve them but my body doesn't want to make sense today.' That mindset certainly impacts on mental health."

Is dyspraxia a disability?

Due to the lack of a clear medical pathway and NICE guidelines around dyspraxia, it can be hard to figure out what the next step is for management.

For some, the term 'disability' can be daunting or uncomfortable. For others, such as myself, this classification gives a sense of clarity to an otherwise confusing set of symptoms.

According to Payne: "Some dyspraxic people are uncomfortable with the word 'disorder'. They say: 'It's not a disorder, it's a way of being.' I respect people's right to refer to themselves by the term that they feel most comfortable with."

Currently, it is not possible to receive Disability Living Allowance with dyspraxia alone. It is however covered under the workplace Equity Act of 2010, which states, "an employer must make reasonable adjustments to accommodate disabled employees' needs".

Whilst there's no cure for dyspraxia, cognitive behavioural therapy (CBT) and mindfulness therapies are usually recommended. I constantly set reminders on my phone for things I need to get done in the day - otherwise I can forget and it usually becomes a problem later. Procrastination is something I still struggle with quite a bit - but I'll work on that another time ...

Payne says: "My message to employers is: Don't make any assumptions. What they need to do is to sit down with the person and say: 'Right, which parts of your everyday life are you good at and which are the bits that are challenging?'

"Sometimes it will take a couple of jobs for the person with dyspraxia to understand the environments that support their performance. You've got to fail a few times. It can take a toll on your mental health, but finding ways of organising yourself and focusing on your strengths are great ways of dealing with difficult situations. No matter how embarrassing it might seem at work, there's never any harm with asking for help with reminders or getting a colleague to show you how something is done."

Despite the long list of apparent shortcomings associated with dyspraxia, people with the condition are often more hardworking, creative, empathetic and willing to learn from mistakes. Apps such as Mindmup can help organise your thoughts and tasks without you feeling like you're being overwhelmed. Whilst motivation for some things may dwindle, dyspraxic people often have specific areas of interest which can be explored with plenty of enthusiasm.

It's incredibly important to not be so hard on yourself. Dyspraxia is an entirely manageable condition and, if anything, highlights what you're actually good at rather than your weaknesses. 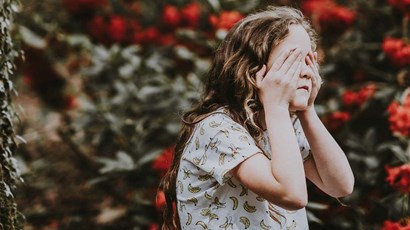