Why are UK students the most stressed over studying maths?

A recent global survey revealed that UK students are more anxious about mathematics than anywhere else in the world. Maths anxiety is a psychological barrier that's affecting many children from their early school years. Why are children forming negative perceptions of maths in the UK, and what concerns and challenges does this raise?

In December 2021, a global survey led by global maths EdTech company Cuemath found that UK students experience the most math anxiety out of 20 participating countries. The survey analysed how students aged 10-17 felt about mathematics studies, including their attitude, confidence and self-belief in their maths skills.

The results reveal that it's common for students to stress over maths studies and to not believe in their own abilities. In recent years, the child mental health crisis in the UK has become an increasing concern, with five students in every classroom of 30 now thought to have a mental health problem.

While exact figures of UK students experiencing conditions such as anxiety and depression are unknown, this latest study suggests that stress and low self-esteem are commonplace, increasing the risk of mental health problems. Manan Khurma, founder and chairman of Cuemath, highlights an additional concern:

"Maths anxiety - and how to reduce it - should be of great concern to any country wanting to educate a generation capable of dealing with 21st century challenges and succeeding in the modern job market."

According to the survey, this maths anxiety takes seed in a child's early school years and grows from there, peaking at age 14-15 years. It also shows that more girls have a negative perception than boys - 25% compared with 20%.

Why are students afraid of mathematics in the UK?

Khurma believes that the "uncommonly high prevalence of maths anxiety in the UK" may be caused by "an outdated approach to maths teaching generally, a culture less focused on excellence in these subjects, and a shortage of role models."

Poor mental health in UK schools linked to the perceived pressure to do well is also a factor that cannot be overlooked. In a 2018 National Education Union (NEU) survey of 730 education staff, 68% believed they were dealing with more mental health issues than five years previously.

"The UK education system is one of the most respected in the world, yet it is also very traditional," says Khurma. "The way maths is taught and learned in UK schools can contribute to the subject being perceived as complicated, and one in which only smarter students should hope to succeed."

Khurma also believes that the UK doesn't bestow the same cultural value on succeeding in STEM (science, technology, engineering and mathematics) subjects. These studies are considered important because they teach skills that are integral to the technological and scientific industries that sustain economic growth.

While the UK government has a STEM strategy in recognition of the importance of these subjects "to grow a dynamic, innovative economy", according to Khurma countries like India and China place a great deal more emphasis on these modules.

How to be a calm parent when you're stressed

Being a parent can be testing. When you’re sleep deprived, it's difficult to balance your own n...

A shortage of role models

In the UK, the uptake of maths in further education is very low compared to other countries, which translates to a lack of role models. Whatever the reasons for this poor track record, having fewer influential figures in maths may do little to convince students that doing well in this area is within their reach.

After all, research has consistently shown the significant impact of female role models on female students when they either show confidence or doubt in their own maths abilities.

Unfortunately, there is growing evidence to suggest that mental health issues, including anxiety and depression, are dramatically increasing in UK schools. The NEU survey found that 48% of students were experiencing panic attacks - a sudden physiological response to anxiety.

The same survey also suggests that 67% of students believed their anxiety and other mental health issues were due to pressure from schools to do well, and 48% said it was due to the burden they put on themselves to succeed. In either case, the systemic need to achieve academically is having an adverse affect on mental health.

Poor mental health can lead to conditions such as anxiety and depression, and also result in low self-esteem, defined as the thoughts we have about ourselves, and low confidence - how we rate our own abilities. Low self-esteem and confidence levels contribute to maths anxiety, including performance anxiety and a negative perception of our maths skills.

Why is math anxiety a big concern?

Although it may not be a widely recognised issue, the high number of UK students who have anxiety toward mathematics is a cause for concern. The fact that 1 in 4 students - and as many as 40% aged 14-15 - are afraid of maths and don't believe in their own abilities raises red flags for a crisis of anxiety, low confidence and low self-esteem in our schools.

Math anxiety also impedes learning because preoccupation with anxiety affects attention and processing speed. Research shows that being preoccupied with fear or stress can make it harder for people to access their working memory. Having low self-esteem and low confidence has also been shown to demotivate students, resulting in poorer academic performance.

Khurma goes on to highlight the knock-on effect of this widespread psychological barrier on the economy: "Math anxiety reduces the number of young adults pursuing careers needing such skills. The UK economy gains £200 billion annually from its maths talent - 10% of its overall GDP. It is easy to see the impact on a country and its economy, when it is so reliant on its math skills."

Experts recommend that parents and teachers use positive reinforcement in order to build up young people's self-esteem and confidence in their maths abilities. Some also suggest reframing anxiety - for example, having them write down and think critically about their worries regarding maths in order to help them realise the fear is illogical.

Khurma believes it's also important to make maths fun and engaging from an early age. Cuemath is a global after-school one-on-one adaptive learning programme that makes use of interactive simulations. The personalised teaching techniques are designed to increase student's engagement by making maths learning less about abstract concepts and more of a human activity.

"Math anxiety often stems from being overwhelmed by an established body of material; a perception of orthodoxy where one must learn by heart to succeed. We advocate and teach a more nimble and versatile perspective on maths thinking, and logical problem-solving."

How to cope with New Year after losing a loved one

How to overcome imposter syndrome 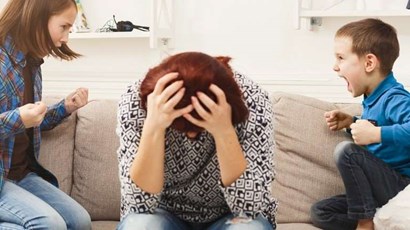 How to be a calm parent when you're stressed 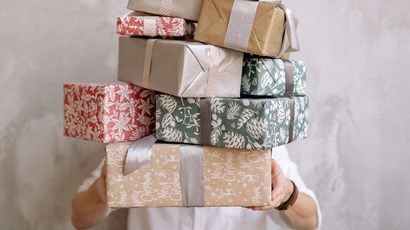 How to avoid stress over Christmas and the New Year 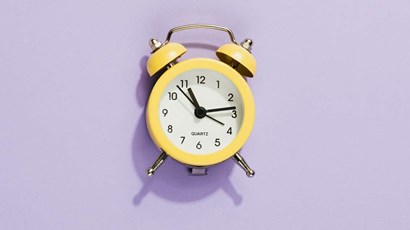 How to stop procrastinating in 2023

hi ive seen numerous gps consulants of my symptoms, all been put down to anxiety. I have had a full blood test and all is fine.i exercise regular to get this feeling away. it went away for years and...

How to cope with New Year after losing a loved one

Notes on Why are UK students the most stressed over studying maths?
Share
https://patient.info/news-and-features/why-are-uk-students-the-most-stressed-over-studying-maths
Copy link Copied