Most of the population will have HPV at some point, yet hardly any of us understand what it really is. And ongoing stigma, thanks to its ties to cancer and STIs, leaves people feeling worried and embarrassed following a diagnosis.

Human papillomavirus (HPV) is a common virus - so common that 4 in 5 people will be infected with it at some point in their lives. Of the more than 200 strains of the virus, the majority will clear without you ever knowing that you had HPV. However, a few strains, called high-risk HPV, can cause genital warts or go on to cause cancer, including cervical, anal, penile, vaginal and vulval cancers, as well as cancers of the head and neck like throat and mouth cancers. An HPV vaccine is now offered to all children aged 12-13 in the UK. Getting vaccinated significantly reduces your risk of developing these cancers.

For many, the first time they may hear about HPV is when attending their first cervical screening which, in the UK, takes place at age 25. Increasingly HPV testing is being used in these screenings. This means more people are being told they have HPV, but many don't know what this means for them. As such, Jo's Cervical Cancer Trust has seen calls to their helpline about HPV rise by 50% over the last year.

"HPV is a new topic to lots of people and so there is lots of confusion around the virus which can lead to myths arising as well as feelings such as fear," explains Imogen Pinnell, Health Information Manager at Jo's Cervical Cancer Trust.

"I thought I had done something wrong"

Kristen was diagnosed with cervical cancer when she was 44. Having previously known nothing about HPV, she faced an extra layer of confusion and worry following diagnosis.

"At first, I felt really dirty and thought I had done something wrong. It put a strain on my relationship," she explains. "My partner didn't understand it either and initially I blamed him for giving it to me. Then it made me question past partners. I was also scared to be intimate with him for fear of the cancer coming back."

Many people are perplexed by their HPV diagnosis, particularly if they have been in a monogamous long-term relationship, thinking that this may mean that their partner has been unfaithful. But HPV can remain in the body without symptoms for years, so you may not be aware that you have it until you go for a cervical screening. There's no one to blame for an HPV diagnosis - it's a common virus, it can be passed on even through protected sex, and some types of cancer-causing HPV aren't covered by the vaccine.

"I felt very alone and unable to talk to people about my cancer diagnosis, because of the stigma about HPV. I was ashamed. No one should feel like this, especially when you have the biggest fight ever against cancer," says Kristen.

Sexual fantasies are a normal part of sexual functioning, yet we often shy away from talking abo...

Kristen certainly isn't the only one facing this stigma and shame. A Jo's Cervical Cancer Trust survey of over 2,000 women found that one in five would feel embarrassed and one in ten dirty if they found out they had HPV. Less than a quarter (22%) said they would date someone with HPV.

A third of the women surveyed consider HPV a taboo topic which explains why misconceptions and fear of the virus are prevalent. Many said that they wouldn't want to have sex with (41%) or kiss (23%) someone who had the virus, with 4 in 10 believing that it would have a negative impact on their dating or sex life. Half of the women said they'd consider ending a relationship with someone who has HPV.

Much of this comes from an understandable fear about cancer and a lack of understanding about how HPV is contracted, as well as overestimating the overall risk to your health.

It's possible that the language we use to talk about HPV is part of the problem. When told they have an STI, many people feel shame or embarrassment because of ongoing stigma towards talking about sexual health.

"As genital HPV is usually passed through sexual activity, there is a lot of stigma attached to the virus," says Pinnell. "Calling it a virus instead of an STI could help to reduce some of this. Unlike many STIs, HPV can't be treated, or fully prevented and is not always detectable."

What should you do if you get diagnosed?

"If you are told you have HPV, don’t panic," she says. "Having HPV is nothing to be ashamed or embarrassed about. 8 in 10 people will have HPV in their lifetime. In most people the immune system will get rid of the virus without it causing any problems."

If you have questions or concerns about your HPV diagnosis, speak with a trusted healthcare professional. Alternatively, charities like Jo's Cervical Cancer Trust and The Eve Appeal have helplines to answer your questions and reassure you.

"By increasing understanding of HPV, especially how common it is and the fact that most infections will clear on their own, we can start to reduce the stigma associated with the virus," suggests Pinnell. "We want to ensure as many people as possible know where to access trustworthy information and support and that healthcare professionals are prepared to answer questions regarding the virus that patients may have." 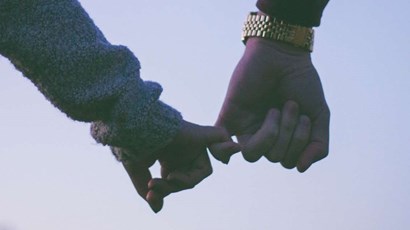 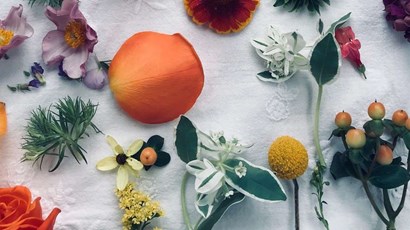 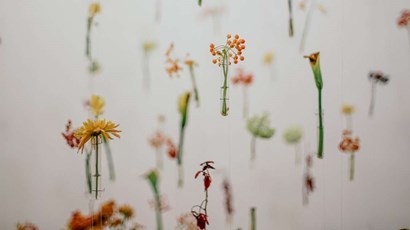